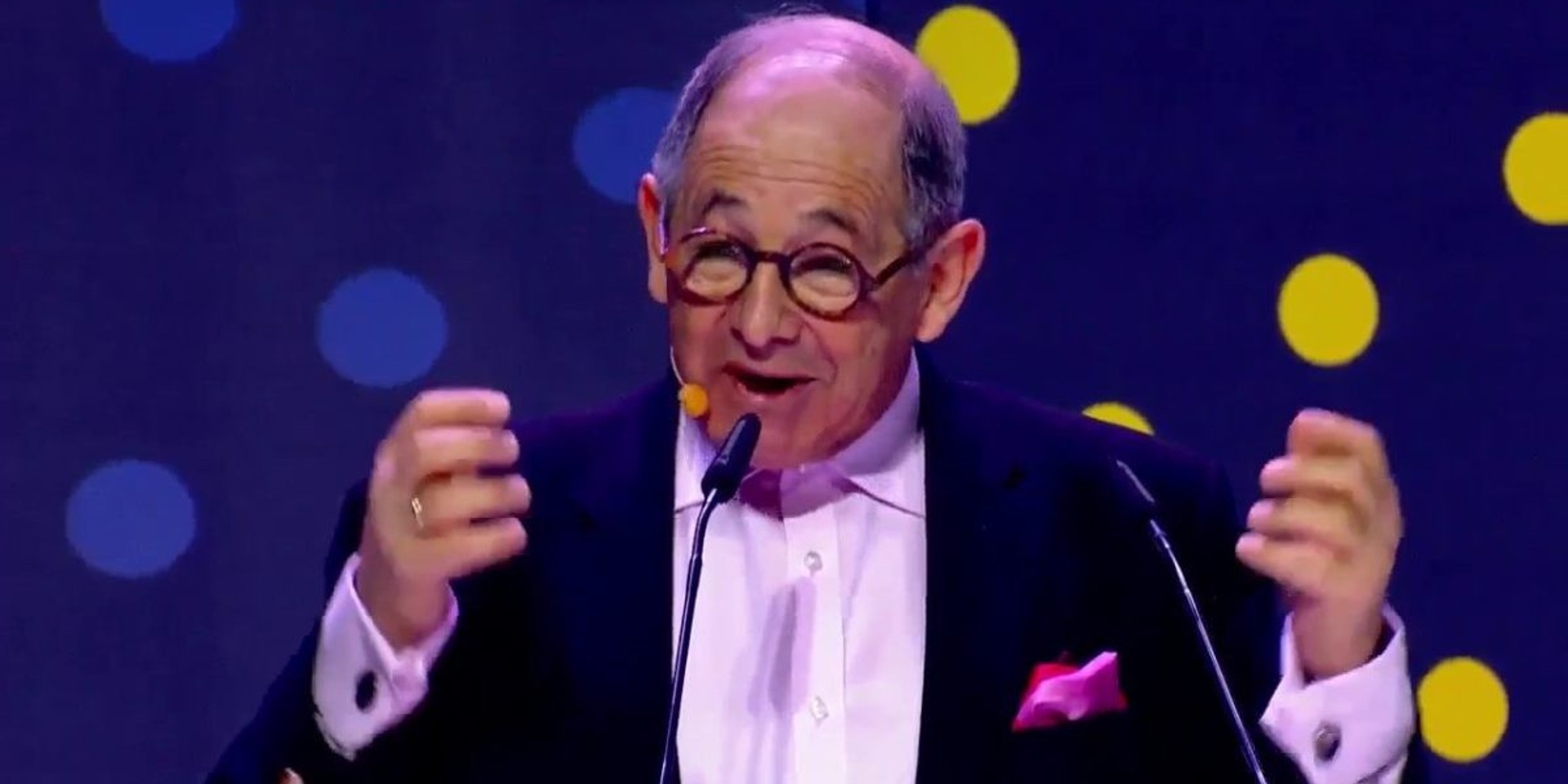 As the founder of legendary pop music label Jive Records, Ralph Simon has kept his ears ripe for talent — four decades on.

And all it took to spark a lengthy and highly successful career in the music industry was a stint in a rock band during his university days in his native South Africa. Not that the band were an explosive success — the band, while local heroes, retained themselves within their borders to decent crowds. It was this restraint that actually inspired Simon to step out of the country to venture further into the industry. That and the seething political tension of the time.

"All that experience inspired me to get into the business side of the music industry," says Simon, now the CEO of Mobilium Global. "Our band only had local popularity, so I was hungry to learn and practice what it took to get an artist to worldwide popularity."

He made the significant step to London in the 1970s to start a company from scratch — a music publishing company named Zomba Corporation which helped to nurture producers and songwriters.

In a conversation held just after the conclusion of Music Matters 2017, of which he served as a panelist and interviewer, Simon's sentiments run consistently through — his never-ending belief in the importance of songwriters and executives, both of whom are crucial to a good song. "Thousands all over the world have the tools to make music, there’s so much more being made now," he says. "How can you possibly keep trawling through these artists? It requires talent to spot it."

Read our conversation with the pioneering music industry specialist below.

Tell us how it was like starting out in London.

It was hard. I lived in a tiny apartment in London and didn't have any money. I had to learn what it was that made someone successful in England — the styles, the kind of music. But where do you find them? Someone told me, if you want to find the good musicians, go to the pubs.

It sounded strange but the English culture of playing in pubs proved successful in finding good musicians, but my later experience involved nurturing and building their careers beyond the pub, helping them with songwriting. If that one song they write could become a hit, that would be the trigger for them to get bigger.

How did you choose the artists you'd sign on Jive Records?

A lot of it is gut reaction. Sometimes you see a band, and if they’re not good, there’s at least one musician who holds them together. They’re likely the creative key. We’d always look for that. We looked for people who had creative experience, ambition and a unique approach to original songwriting. Having influences were fine, but true originality is what you should always look for.

In the early days, I managed a producer who made big hits for Billy Ocean. Later on I had artists like A Flock Of Seagulls, and, eventually, signing Britney Spears, Backstreet Boys, Justin Timberlake. It all built up from there.

You've overseen a lot of the developmental power of technology in music. What has been the biggest change it's made in the industry?

I think technology has helped to empower musicians and creative people. But one of the problems of the Internet is that it also stimulates mediocrity. The real true professionals of the music industry are the ones who can discover Bruno Mars or will.i.am.

You can find them online, on platforms like YouTube, but sometimes it takes people, for example, the guy who found and signed Adele when she was 17. What was it that got that person to recognize her abilities at a young age — to see the incredible skills and texture to her voice? That’s a special gift very few people have.

Please elaborate on that.

There’s a lot more volume to go through online — the manager of Justin Bieber discovered him on YouTube, based on what was getting popular on the platform. Certainly, online platforms have been important in finding and cultivating new talent. You just have to be much much more vigilant about where trends are coming from.

It’s not only from the West, it can be from anywhere. If there really is true talent, people will go to it — like apl.de.ap from the Philippines, or Linying from Singapore, who’s already building international popularity. Today, one benefit of the Internet is that it doesn't matter where you come from. If you can develop a following and views, and if you know how to work social media, there’s something we talk about. You have to use carefully prepared spontaneity. It’s immediate, but the preparation helps with the art of the execution.

What do you look for in musicians and speakers for Music Matters?

What I'm looking for are the leaders in the creative industries. People who would be good at determining what the future will be — key leaders in streaming, booking agents of breakout and new artists. A couple of years ago, we had the managers of Katy Perry and Lady Gaga, along with far-sighted executives like Lyle Cohen.

The idea is to look for these thought-leaders who have something to say, and most important, for the attendees to learn something to help their own careers.

I don’t agree with that. My experience is that the good professionals involved with the label can be fundamental in the development of talent, particularly those who understand global business. There are many who only focus on domestic growth rather than the world.

I think that one of the benefits of having a good label is that you can plan ahead, to focus on the marketing of a product — social media marketing is an art form almost equal to music making in itself.

You’ve been tagged as the father of the ringtone. How did that come to be true?

I've always believed in what young people are listening, wearing, watching, eating — even their dating habits. It was clear to me in the late '90s that more and more young people, especially those in Asia, had phones more present in their social and daily lives. I noticed young people, between the ages of 12-26, and what was driving their interests — what style, rhythm, beats were they listening to? That was important to note.

What are some of the future music trends you foresee yourself?

I think the most fundamental trend is that there’s a strong focus on video content — long-form and short-form. The development of albums has changed. Now, it's the frequency of how you engage with audiences, with photos, videos and social media clips. Those earn you long-term fan loyalty, along with international fans.

To buy tickets and register for All That Matters 2018, click here.