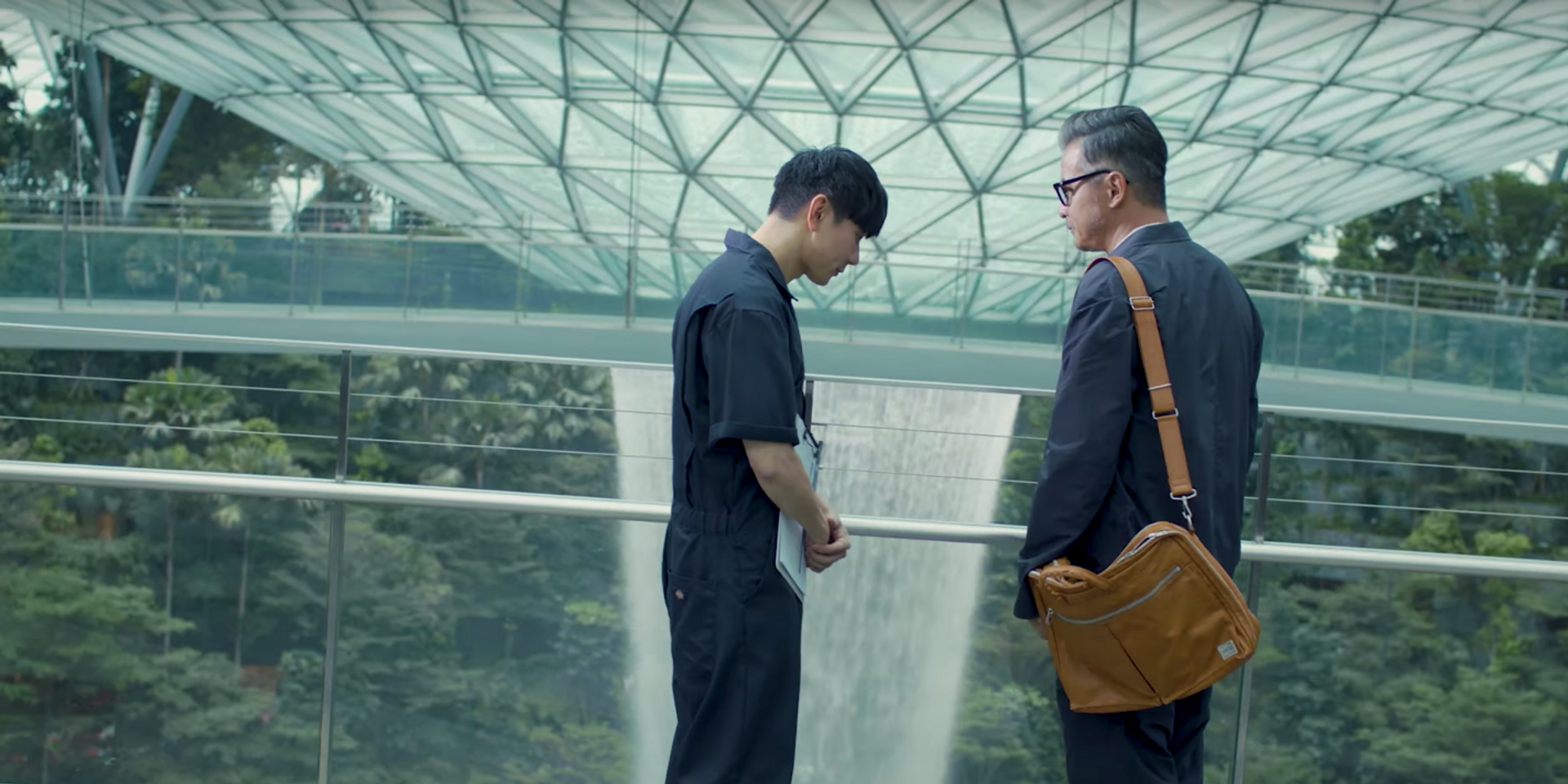 JJ Lin has released a new song, ‘对的时间点 The Right Time’, as well as an accompanying music video. In a partnership between the singer and Changi Airport, the song was inspired by the iconic HSBC Rain Vortex at Jewel.

Filmed on-site in July, the enchanting music video sees JJ playing an officer at the airport’s lost and found counter and acclaimed actor Christopher Lee playing a man pining for his lost love. The visuals follow JJ and Christopher’s characters as they track down a lost engagement ring meant for the latter’s ex-girlfriend who, due to circumstances, moved out of the country years prior.

According to a statement, the song came to be after JJ felt a “wave of emotions” when he first saw an artist’s impression of the Rain Vortex. He expressed his excitement towards the project – he recounted how the airport “was like a meeting spot” for him and his classmates, and how It has become such a familiar place to him due to his frequent travels.

“I see Changi Airport as a hub for people around the world to meet and form new connections, both socially and professionally. It is indeed a place of sanctuary, for weary travellers to rest and recover in between long hours of travel,” added JJ.

Changi Airport Group’s Group Senior Vice President for Corporate & Marketing Communications, Ivan Tan, said that they are proud to “have worked with a home-grown and world-renowned talent”.

He continued, “JJ is a successful artiste with global reach and we believe the video will amplify Jewel’s unique brilliance and charm. We hope that through the universal language of music, more people will come to know Jewel from a different perspective.”

Check out the music video for JJ Lin’s ‘对的时间点 The Right Time’ below.