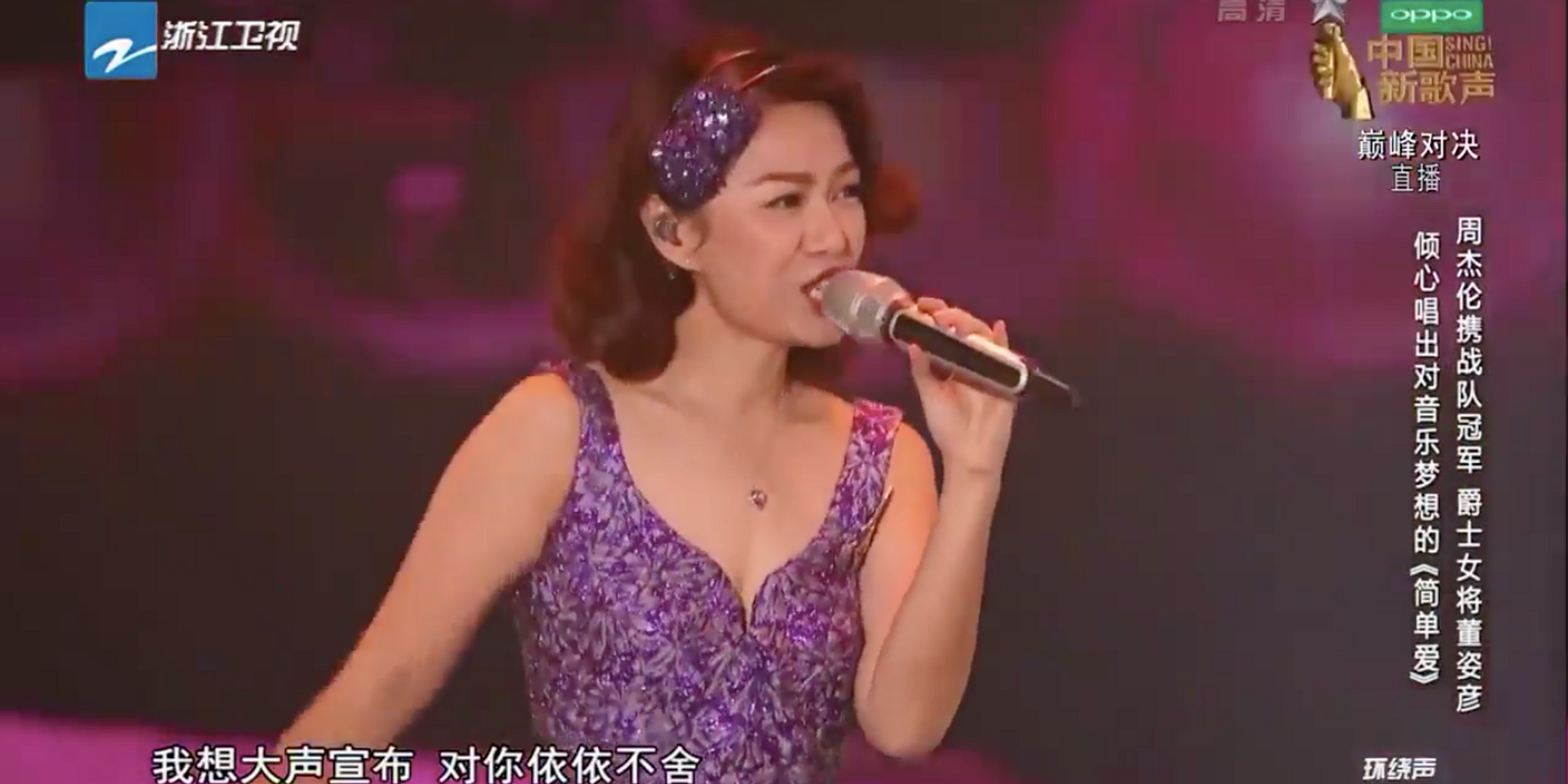 Singaporean vocalist Joanna Dong competed at the Sing! China finals this past weekend at the Beijing National Stadium.

Sadly, Dong did not qualify for the grand finals in a showdown between the top two contestants, placing third in the competition. She performed a solo rendition of 'Applause' by Fong Fei-fei, and shared the stage with her mentor, Jay Chou, for a duet of 'Simple Love', which incorporated parts of 'Top Of The World' by The Carpenters.

Ultimately, it was Tibetan singer Zhaxipingcuo who won the grand finals against Doris Guo.

Joanna Dong was the second Singaporean to make it to the finals of Sing! China, following in the footsteps of Nathan Hartono, who also chose Jay Chou as his mentor. Hartono placed second in last year's competition.

Watch Joanna Dong's performance from the finals below.