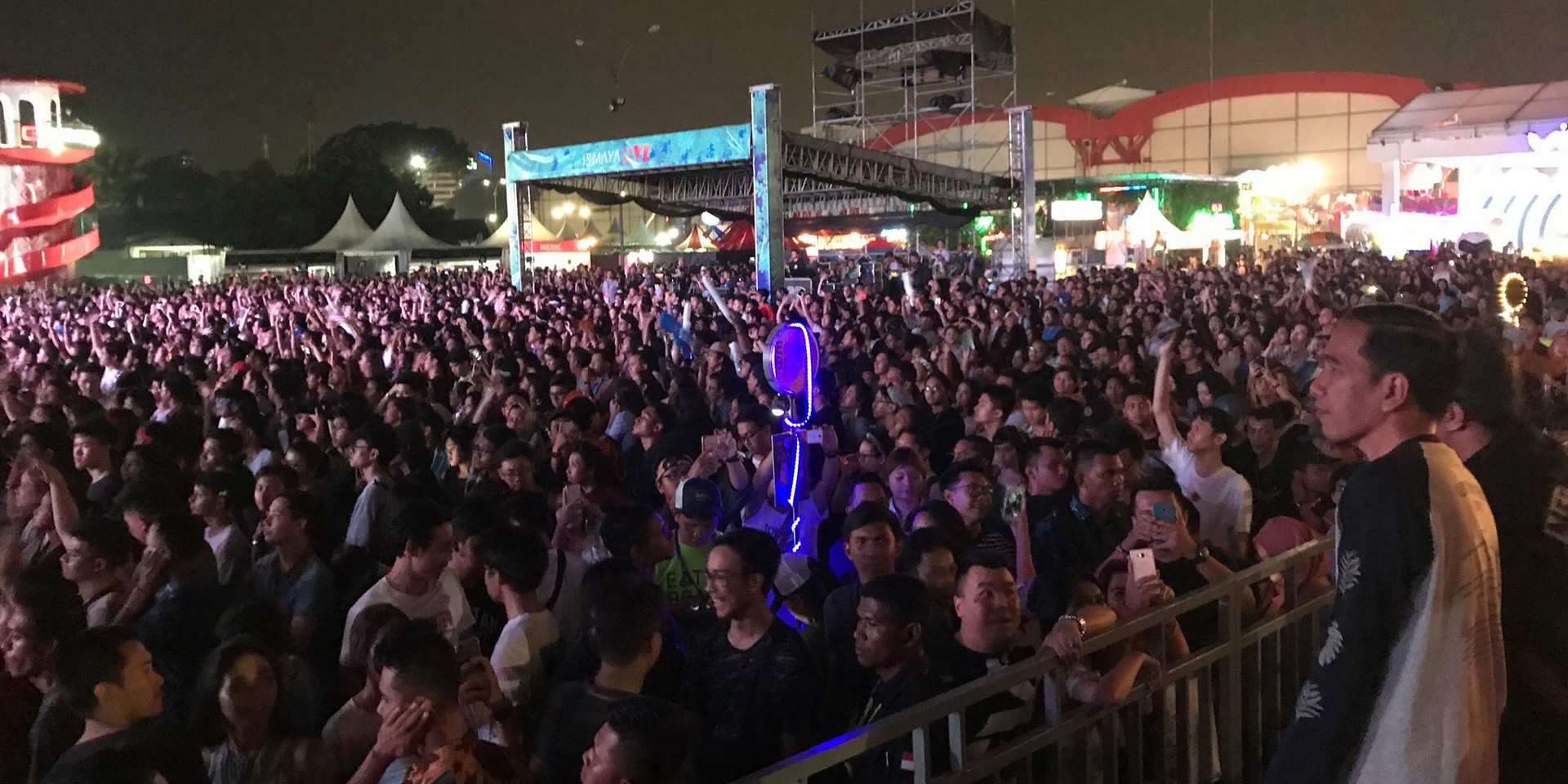 Indonesian president Joko Widodo is a noted music fan — his reputation as a metalhead has been well-known since his ascent to the presidency in 2014 — but his appearance at We The Fest 2017 this weekend was unexpected for all the young, millennial pop fans present.

Widodo was first seen by the public during Charli XCX's set around 9pm, with cameras capturing the politician enjoying the show at the V.V.I.B. lounge (aka their VVIP area). Leaving at the tail end of Kodaline's set, Widodo was even acknowledged by the Irish pop rock band in between songs.

He called me 6 hours ago. [He wanted] to watch We The Fest. Just [a quick preparation]. Thank God (festival organizers) Chris & Ismaya for [the] help. He loves music very much." 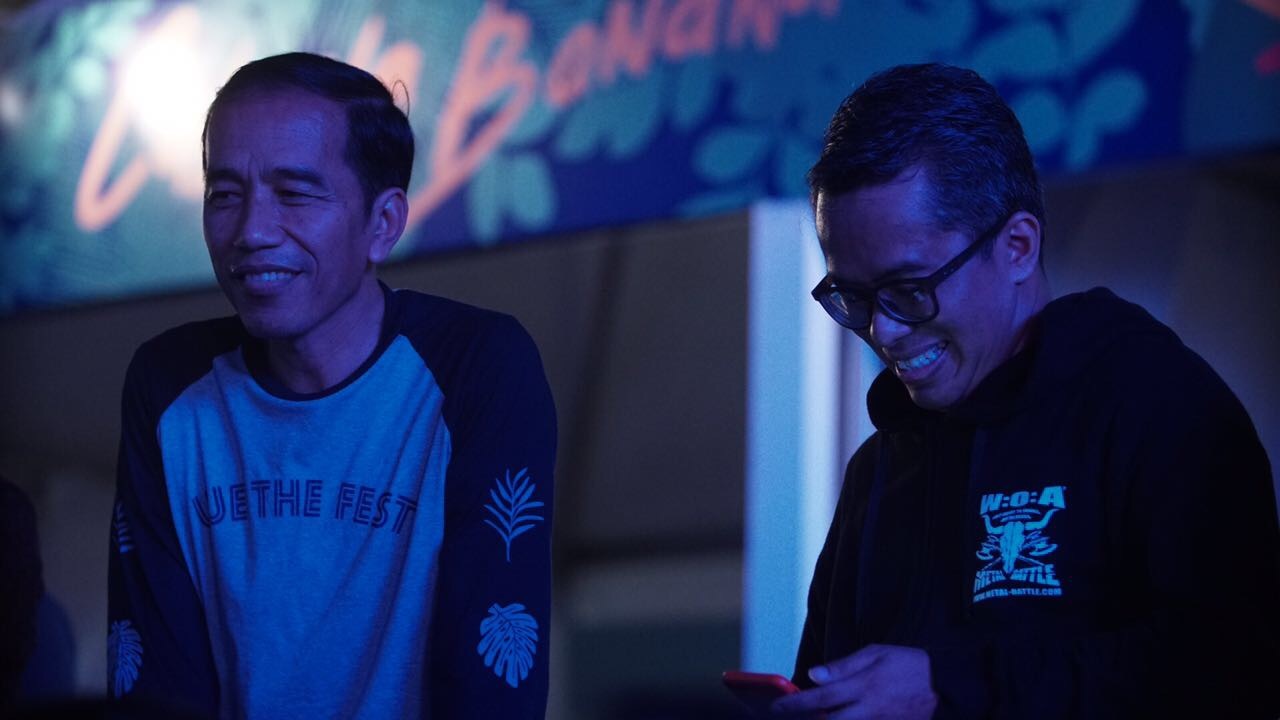 Widodo (or affectionately known as Jokowi) even took to social media to post about his visit, telling his Facebook followers about his experience watching the two acts, along with British singer-songwriter Shura, and even talked about the music of his adolesence, dominated by "Led Zeppelin, Nazareth, Judas Priest, Metallica."

We The Fest 2017 continues this weekend with Phoenix, Big Sean, Epik High, G-Eazy, Dua Lipa and many others.