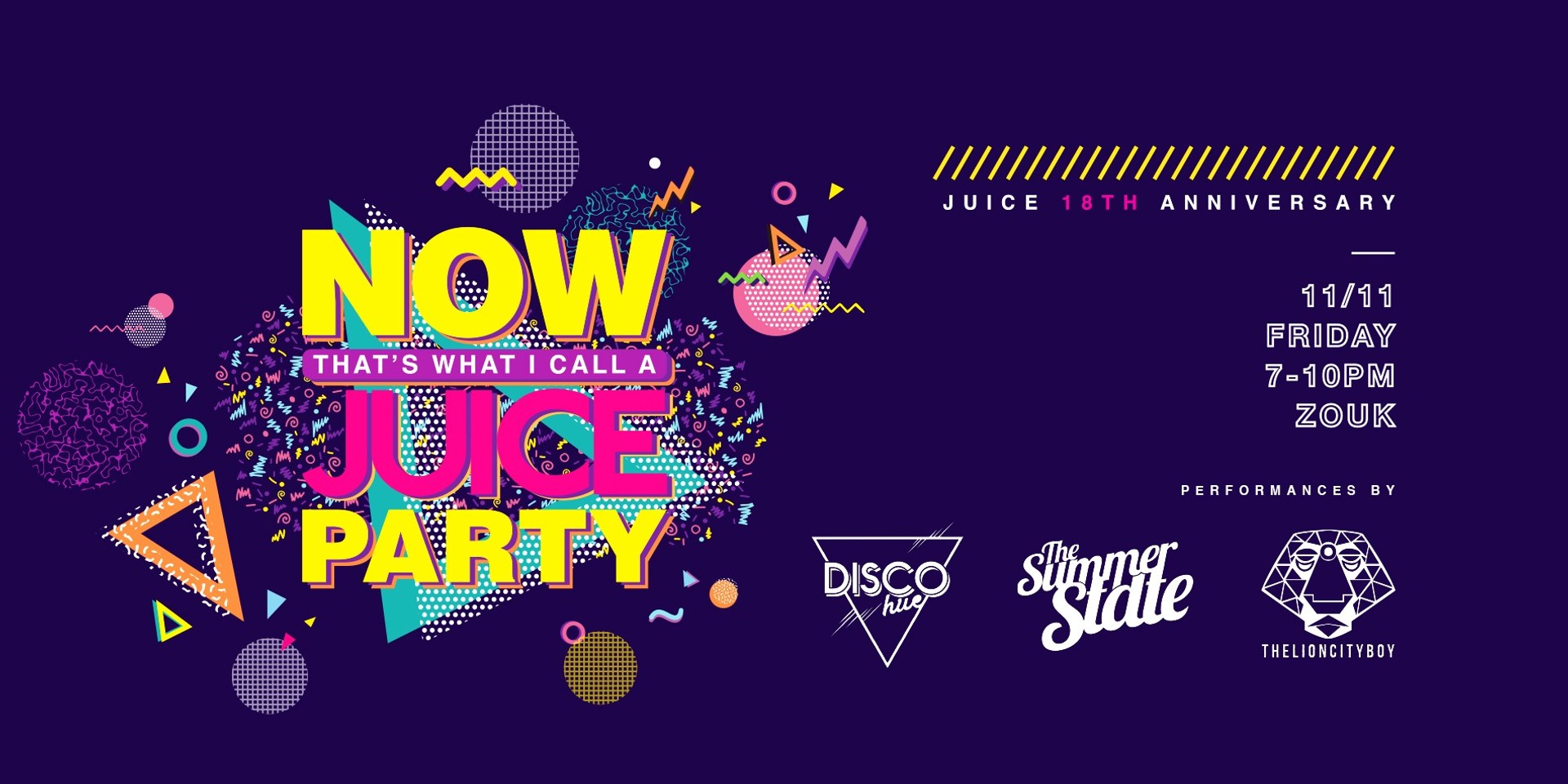 Singaporean street culture and music bible JUICE Singapore will be turning 18 in November, and they'll be celebrating the nostalgia of yesteryear even as they look forward to their bigger and brighter future.

Yes, the beloved free magazine will be throwing an unabashedly fun and cheesy 90s' party dedicated to the heyday of boybands and Total Request Live!

As some of you may remember the long-running publication has thrown a cool 90s' flashback fiesta once before — for their 14th anniversary back in 2012 with Pleasantry, MONSTER CAT and weelikeme — but as many Gen Xers can testify to, one can never have enough 90s' celebrations because that decade was much too awesome to forget.

For this 2016 edition, the magazine will be entering adulthood with one final anniversary party at Zouk's Jiak Kim location on 11th November, with special performances from invited friends such as synth-pop standouts Disco Hue, pop-punk favourites The Summer State and famed rapper THELIONCITYBOY.

And besides the musical highlights, the good folks at JUICE will be giving away goodie bags filled with special collaborative pins and patches from the folks at Pew Pew Patches and Pindemic to the first 400 attendees!

Doors open at 7pm so you folks better come early because those totes will be snapped up quick.