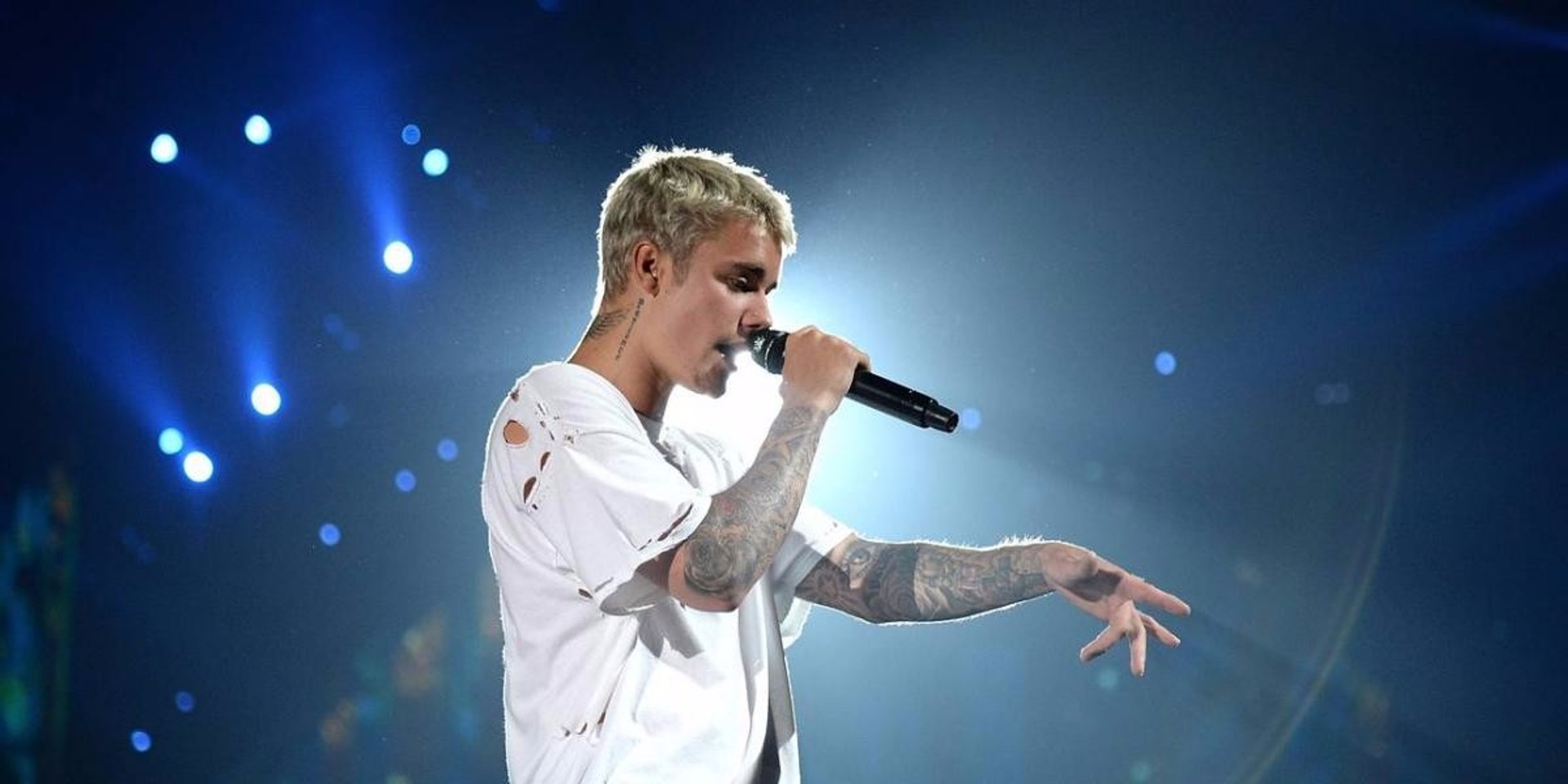 Justin Bieber is set to finally take his Purpose World Tour to the Philippines on September 30, 2017. #PurposeTourMNL has been trending on social media for several days, giving fans a clue that an announcement was imminent. While most people assumed that the pop star will be performing at the Mall of Asia Arena (several fake posters have popped up online), The Biebs will be taking the Purpose Tour to The Philippine Arena in Bulacan - making him the second international artist to use the 55,000-capacity venue. Katy Perry was the first in 2015.

The Canadian pop singer's last Manila concert was held in 2011 at the Mall of Asia Concert Grounds, but returned to the Philippines in 2013 to visit the victims of Typhoon Haiyan in Tacloban, Leyte.

The concert announcement was made earlier this morning (6/28), along with ticket prices and presale details.

There will be also be an exclusive Bkstg pre-sale on July 6, 10 AM - 11:59 PM, Philippine Standard Time. Registration for the presale is now open. In order to avail of the presale, fans must first purchase a Justin Bieber Bkstg Fan Club Membership for 35 USD (1,770 PHP). Membership gives fans access to the pre-sale where fans will be given a unique code to purchase up to 4 tickets. The membership fee does NOT include a ticket and is valid for 1 year. Click here to sign up for first dibs on tickets. Tickets for all sections will be available during the presale, along with VIP Packages.

Co-presenter SMART also revealed that their subscribers will get first dibs on #PurposeTourMNL tickets.

[UPDATE 3 JULY 2017 3:55PM] SMART has just announced their exclusive ticket presale for their subscribers on July 7, two days ahead of the general ticket selling. Presale registration starts on July 6 and is limited to the first 4,800 subscribers.

You can start texting for your #SmartJustinBieber codes starting tomorrow, July 6 at 9:30am. See you at #PurposeTourMNL! Complete mechanics: pic.twitter.com/2hboMdLb67 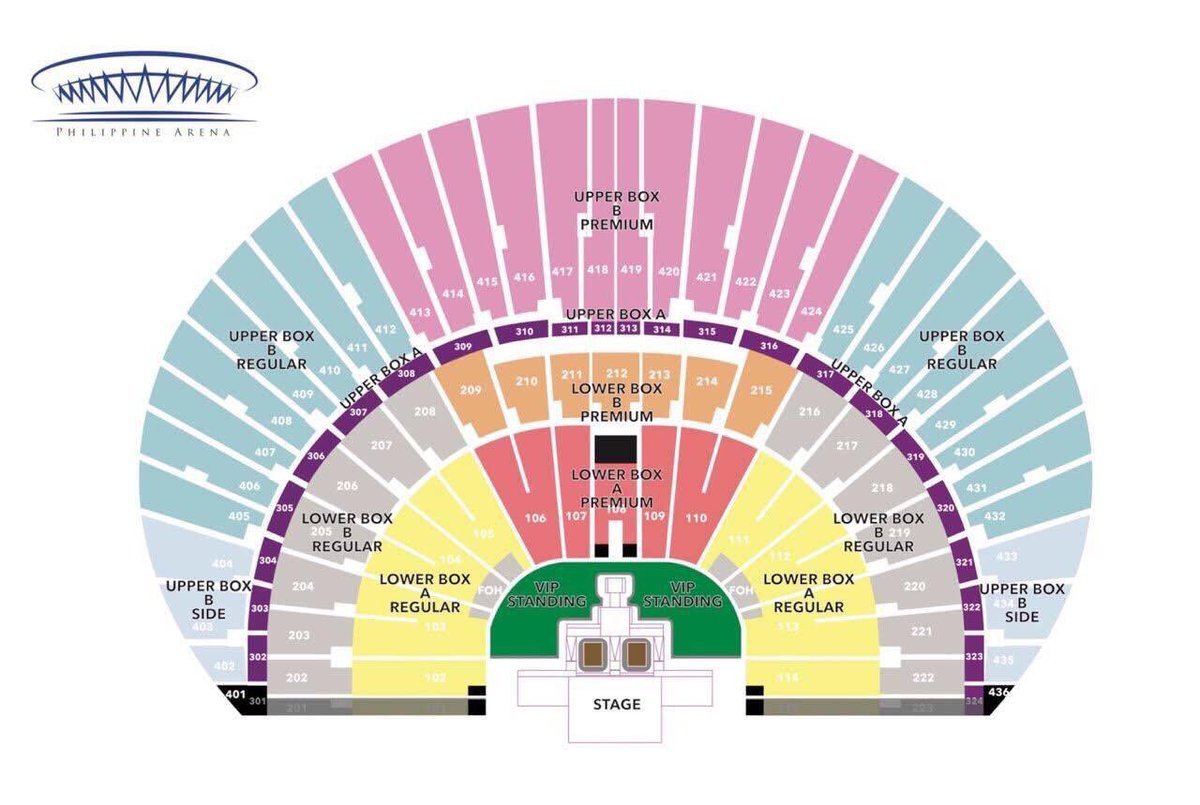 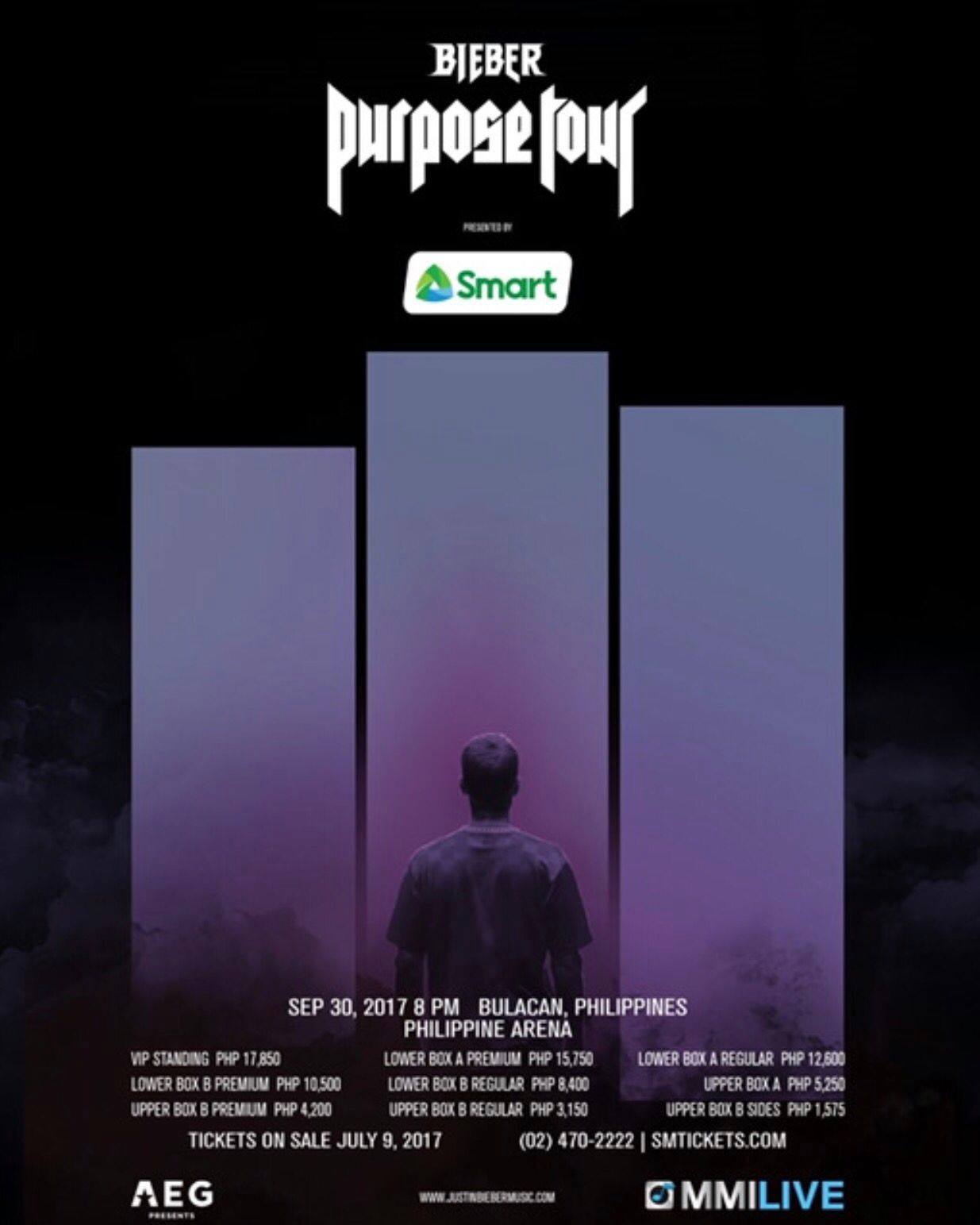 The pop star is currently on tour in Europe to support his 2015 album, "Purpose", with string of North American dates from end of July to early September.