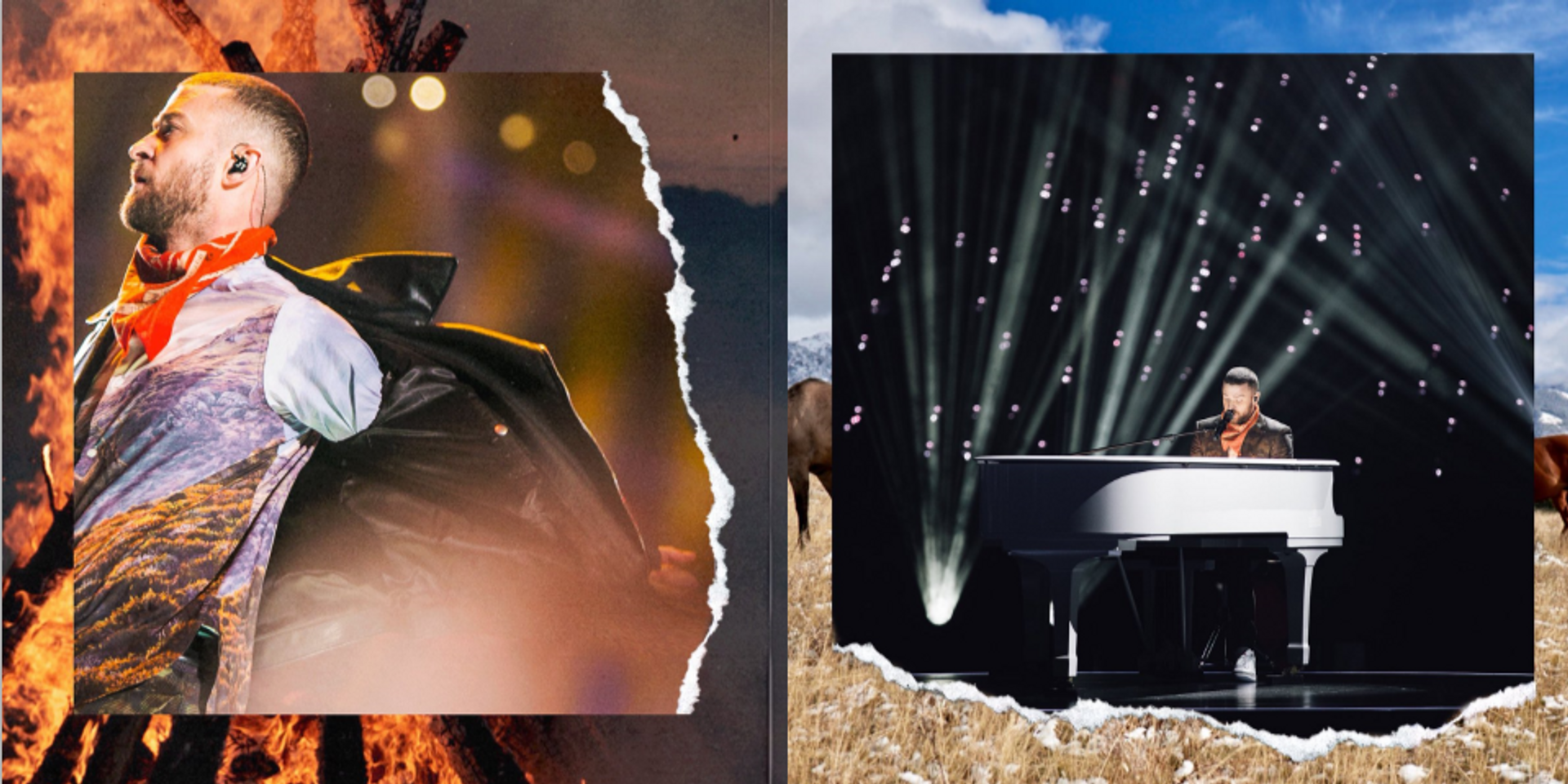 After days of controversy, Justin Timberlake made his return to the Super Bowl half-time show. Though there were no slip-ups comparable to his appearance with Janet Jackson in 2004, the performance remained far from polarising.

The pop star performed a series of his own hits, including 'SexyBack', 'Mirrors', 'Can't Stop the Feeling!' and new tracks off his freshly released album Man of the Woods. The *NSYNC alum also paid tribute to the late Prince, with a heartfelt rendition of 'I Would Die For You', accompanied by a projection of the late star's image on a sheet beside him.

Timberlake had received a great amount of flak prior to the show, spurred by rumours of him performing alongside a hologram of Prince, a tribute the late artist had deemed in an old interview "the most demonic thing imaginable". Although a hologram wasn't used (seemingly because of a conversation longtime Prince collaborator Sheila E. had with Timberlake), many fans of the late artist were still angered by the homage.

Reviews from the public were mixed, with comments on topics ranging from the actual performance and tribute:

When I grow up I want to be Justin Timberlake

Justin was fine. He’s still a great dancer, but the whole performance had a lackadaisical, casual, rec room jam band feel to it. We’d crucify a female pop star for something so laissez-faire. #SuperBowl

Y’all complaining about @Justin Timberlake and his @prince tribute need to Calm the hell down. Someone always gotta be hating. #SuperBowl halftime was off the hook. Beautiful.

Real Prince fans all know what he thinks of that performance. 🤔#JustinTimberlake #SuperBowl #PepsiHalftime pic.twitter.com/sFrNQLVCQk

The Prince tribute would’ve been cool... except Prince specifically said he didn’t want that, right? Even in death, Prince continues to be misunderstood.

... to what he wore onstage, which turned out to be an outfit designed by Stella McCartney:

Justin Timberlake has on a camo suit jacket, a blaze orange t-shirt, carhart style stocking cap, and logging boots. It’s like he grabbed a Minnesota starter kit at the airport.

Timberlake's performance also created a new meme – that of the moment he entered the crowd halfway through the performance and interacted with a 13-year-old:

This kid is savage. Tweeting "They should've brought back @ladygaga Gaga" right in front of JT like that. #Superbowl #Justintimberlake pic.twitter.com/rN6TeWiupg

What the kid who took selfie with #JustinTimberlake at #Superbowl was actually doinghttps://t.co/zKClCqu7Gd pic.twitter.com/kQiAH2HDYW

I wonder if that kid was googling, “how do you get rid of a Justin Timberlake?”