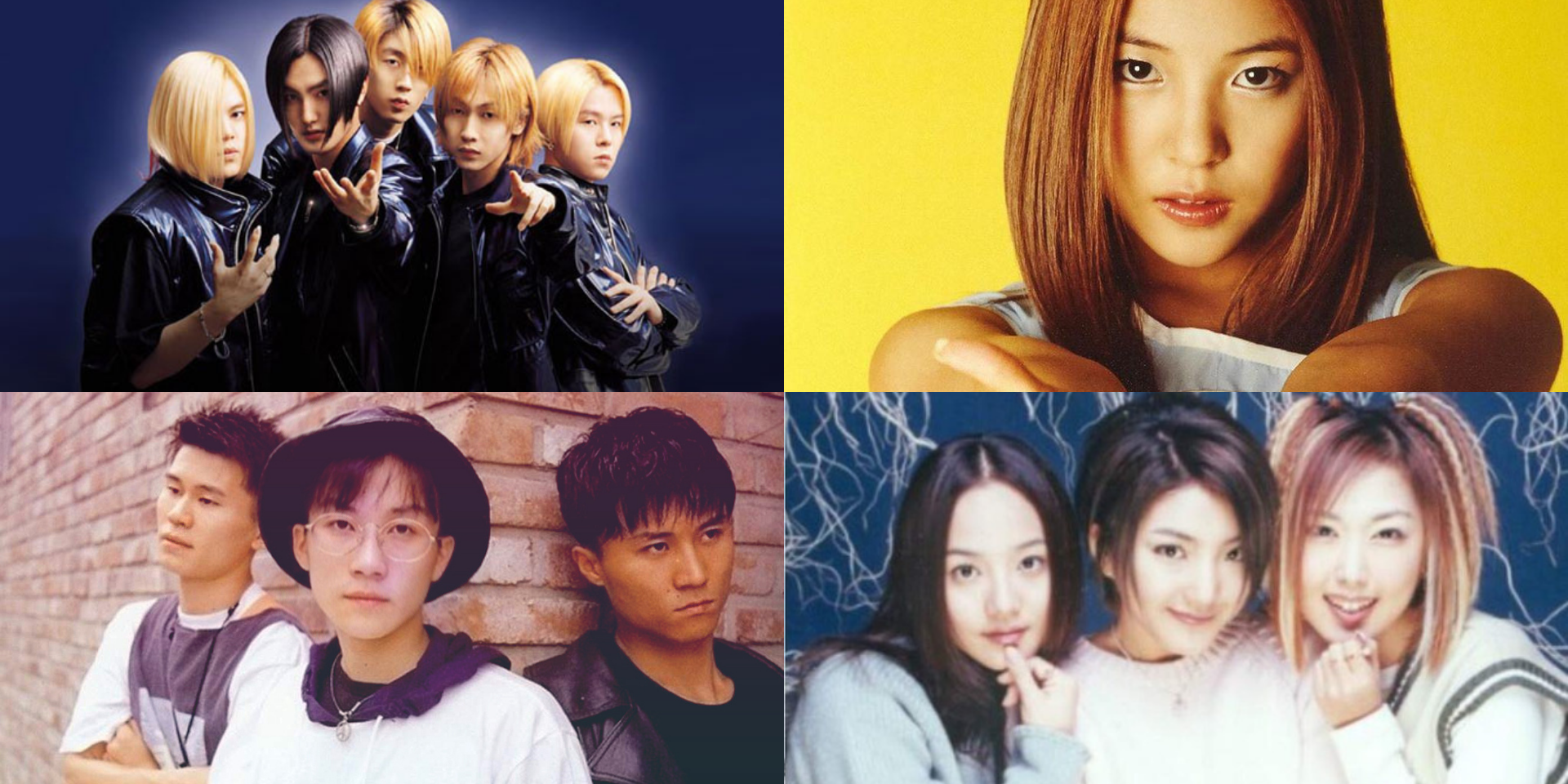 Hallyu has taken the world by storm – whether it's fashion, television dramas, or food, the Korean wave is everywhere. That being said, there is a formidable element that drives Hallyu's success, and that is none other than K-pop. Korean pop music is a global phenomenon that has made its mark worldwide, from Asia all the way to the United States.

In this three-part series, Bandwagon outlines the different generations of K-pop idols and the most popular acts from each period, starting with the pioneers who made their debut during the late '90s and early 2000s.

From Seo Taiji and Boys to BoA, here are the K-pop acts that changed the course of the Korean pop industry. Undoubtedly one of the most iconic groups of the first generation, Seo Taiji and Boys paved the way for the Korean boybands we know today. Formed by none other than Seo Taiji, the trio debuted on a talent show in 1992. Ironically, they received one of the lowest scores from the judges that night. Little did they know that the very song they performed, 'I Know', would make its way to the top of the charts and that Seo Taiji and Boys would become one of the legendary idols in K-pop history.

With a slew of bold hits under their belt including 'Come Back Home' and 'You, In The Fantasy', the group known for their distinct style and breakdance moves disbanded in 1996.

While Taiji went on to pursue a solo career, his bandmate Yang Hyunsuk established one of the greatest entertainment agencies in K-pop today – YG Entertainment - home to next-generation idols like BIGBANG, 2NE1, and BLACKPINK. In 2016, former member Lee Juno was charged with several counts of fraud and sexual assault. He was later sentenced to 18 months in prison. One of the most iconic boybands in the history of K-pop, H.O.T. was formed by SM Entertainment in 1996. Most believe that H.O.T. were the first idols that started the whole boyband craze in South Korea, with each member being talented and charismatic in their own unique way.

Their debut album, We Hate All Kinds of Violence, was a huge success, spawning hits like 'Descendants of Warriors' and 'Candy'. In 1997, their track 'We Are The Future' also received a nomination at the MTV Video Music Awards for International Viewer's Choice.

The group's disbandment was announced in 2001, which led to an outcry from distraught fans who protested in front of SM Entertainment's building. The boys of H.O.T. later went on to pursue individual solo careers. Members Tony, Jae Won, and Woo Hyuk went on to form a group named JTL. After releasing two albums, the group disbanded in 2003. Short for Groove OverDose, g.o.d was formed by label company SidusHQ in 1999. Comprising Park Joon Hyung, Yoon Kyesang, Danny, Son Hoyoung, and Kim Taewoo, the group was known for their emotive lyrics and their ability to alternate between heartwarming ballads and rhythmic raps. Nicknamed the "Nation's Idol", the group managed to make waves despite the impacts of the Asian financial crisis in 1997.

In 2004, Yoon left the group and the band continued as a quartet. They eventually disbanded in 2005. Much to the delight of their fans, the group made a comeback with all five members in 2014 and have been active since.

Their comeback single 'The Lone Duckling' was so successful that it managed to top the Billboard Hot 100 chart. Some of g.o.d's greatest hits include the catchy 'Friday Night', 'Dear Mother', and 'Road'. BoA, also known as the "Queen of K-pop", made her debut in 2000 at the tender age of 13. She is widely known as one of the most successful soloists in K-pop and recognized as the first idol to bring Korean pop music to Japan and the United States. With albums in Korean, Japanese, and English, the singer was also the first South Korean artist to enter the Billboard 200 Albums chart in 2009 with her self-titled album BoA.

Some of her most successful hits include 'No. 1', 'Atlantis Princess', 'The Shadow', 'Moto', and 'Only One'. Since her debut more than 20 years ago, she has released twenty albums, acted in numerous shows and films, been on judging panels, and more. In 2014, she was appointed as creative director at her label company, SM Entertainment. Fans probably know Kim Jong Kook from variety shows such as the global phenomenon Running Man, but he was once best known for being part of K-pop duo Turbo. Comprising Kim Jong Kook and Kim Jong Nam, Turbo was not only known for their fun sound but also their eclectic fashion sense. The pair released their first album 280 km/h speed in 1995, with their debut single '나 어릴적 꿈'(My Childhood Dream) skyrocketing them to fame. Their song 'Black Cat Nero' was also an all-time favourite, where the duo put a twist on a Japanese children's track.

However, Kim Jong Nam decided to leave the group in 1996, citing differences with management as the reason for the end of his stint. Korean-American Mikey was then roped in to take his place. Turbo disbanded shortly after in 2000.

In 2015, Turbo made an unexpected comeback that took fans by surprise. Comprising all three members, the group released a comeback single titled 'Again' which topped several music charts including Naver and Mnet. Six-member boyband Shinhwa is known as the longest-running boyband in the history of K-pop. Debuting in 1998, Eric Mun, Lee Min-woo, King Dong Wan, Jun Jin, Shin Hye Sung, and Andy Lee stole the hearts of fans all over Korea.

Their song 'T.O.P' (Twinkling Of Paradise) catapulted the group to success with its unique incorporation of old-school hip-hop and classical music, where Tschaikovsky's 'Swan Lake' was featured in the track.

While they took a 4-year hiatus from 2008 to 2012 due to their military enlistments, the group made a raring comeback with the successful album Venus, which was also accompanied by their very own variety show titled Shinhwa Broadcast.

Most recently, Shinhwa made the news in March when members Eric and Dong Wan engaged in a heated argument online about the effort put into the band. Both accused each other of neglecting the band, with Eric claiming that Dong Wan "puts [his] individual activities first". They later deleted their posts and announced that they would resolve it offline by "meet[ing] to have a conversation". Despite multiple changes with the group members, bubblegum pop girl group Jewelry made a significant impact during their 14 years in the K-pop industry. Their songs 'I Really Like You', 'Super Star', and 'One More Time' landed spots on multiple charts, with the charming quartet also receiving numerous awards over the years.

In 2009, members Baby J and Eunjung also made their debut as a sub-unit named 'Jewelry S'. After their departure from Jewelry in 2009, new members Semi and Yewon replaced them in Jewelry S in 2011.

Jewelry is also known for being the longest-running girl group in K-pop until they eventually parted ways. Their successful 14-year run came to an end in 2015, with members going on to pursue solo careers in music, acting, and more. Before popular singer Lee Hyori made her solo debut, she was part of a 4-member girl group named Fin.K.L. The group's R&B track 'Blue Rain' was a smashing hit amidst the catchy tunes that were on the charts at the time. Other hits from the act include 'To My Boyfriend', 'Eternal Love', and 'Forever'. After they disbanded in 2005, Lee Hyori and Ock Joo Hyun went on to pursue solo music careers, while Lee Jin and Sung Yuri developed acting careers.

The girls of Fin.K.L reunited on variety show Camping Club in 2019, where they were featured traveling around South Korea as a group. They also released a single titled '남아있는 노래처럼 (Just Like The Song That Remains'. Short for the names of members Shoo, Eugene, and Sea, S.E.S was known as the female counterpart of boyband H.O.T. The charismatic trio instantly made a name for themselves with their debut album I'm Your Girl, thanks to its lead single having featured boyband Shinhwa's members Andy Lee and Eric Mun. Before they parted ways in 2002, S.E.S released a slew of notable hits including 'I Love You', 'Be Natural', and 'Just A Feeling'.

To celebrate their 20th anniversary, the girl group reunited in 2017 for an anniversary project which included an album titled Remember, a reality show, as well as a special concert held at Sejong University. Making their debut in 1997, SECHSKIES was regarded as a rival to boyband H.O.T. who was also making waves in the industry during that time. In fact, even the timing of their debut was planned – they made their debut during the time when H.O.T. was on a hiatus.

Their song 'Chivalry' was their first number one track, and they continued to win numerous awards including Best New Artist at the Korean Music Awards. The boys of SECHSKIES were also the first to have their own movie titled 'Seventeen' – a rom-com which they starred in.

16 years after they disbanded, the boys reunited and are still active up till today. Their latest single, 'Don't Look Back', was released in February 2021 and topped music charts like Bugs, Genie, and Naver Vibe.

Fly To The Sky R&B singers Hwanhee and Brian made their debut as Fly To The Sky in 1999. The duo were credited with being one of the first few to make their mark in South Korea's R&B scene, rather than conforming to the more popular pop sounds during that time. Despite not making waves with their debut album, the pair began to gain popularity with their later releases. Tracks such as 'The Promise', 'Missing You', and 'Gravity' were highly popular in South Korea.

After a five-year hiatus, Fly To The Sky made a comeback in 2014 with an album titled Continiuum. Its lead single 'You You You' was also well-received, hitting number one on various music charts and streaming platforms. 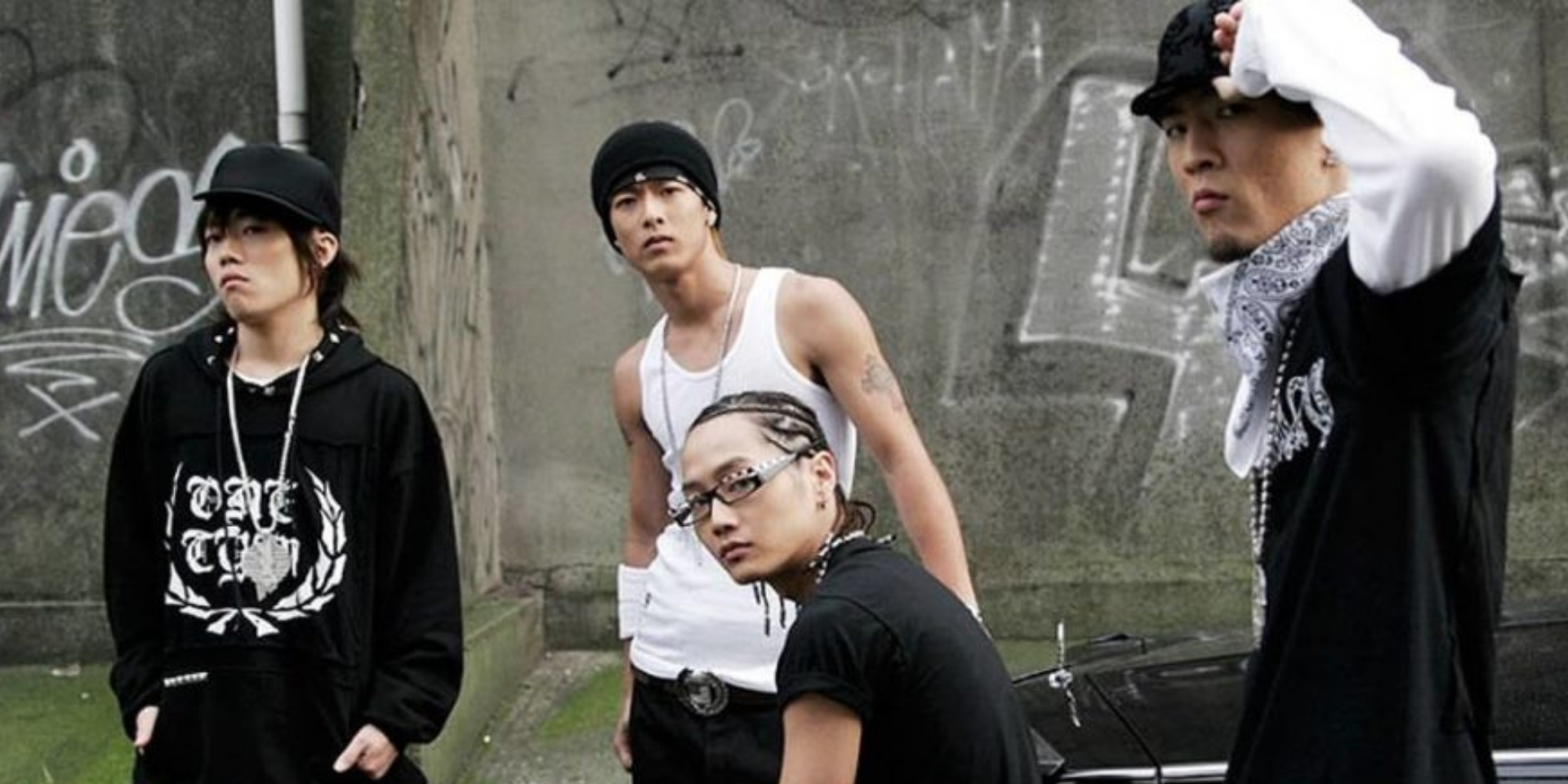 Formed by YG Entertainment in 1998, 1TYM was one of the most iconic hip-hop groups in the K-pop scene. Clad in baggy outfits and chains typical of hip-hop artists, the group exuded a presence that was distinct from the rest. Their fresh sound allowed for a successful debut, with their eponymous debut single '1TYM' rising to the top of the charts after its release.

As they released more music, member Teddy Park also took over as producer of most of 1TYM's hits. After the group became inactive, he began to gain recognition for being a producer in the K-pop scene, having worked with idols such as Big Bang, 2NE1, and Se7en. He was recently featured in Billboard's list of the 50 Greatest Producers in the 21st Century, where he came in at number 25 alongside names like Swedish pop producer Max Martin and rapper Kanye West.

Stay tuned for the second part of this series, where we'll feature idols from K-pop's second generation.