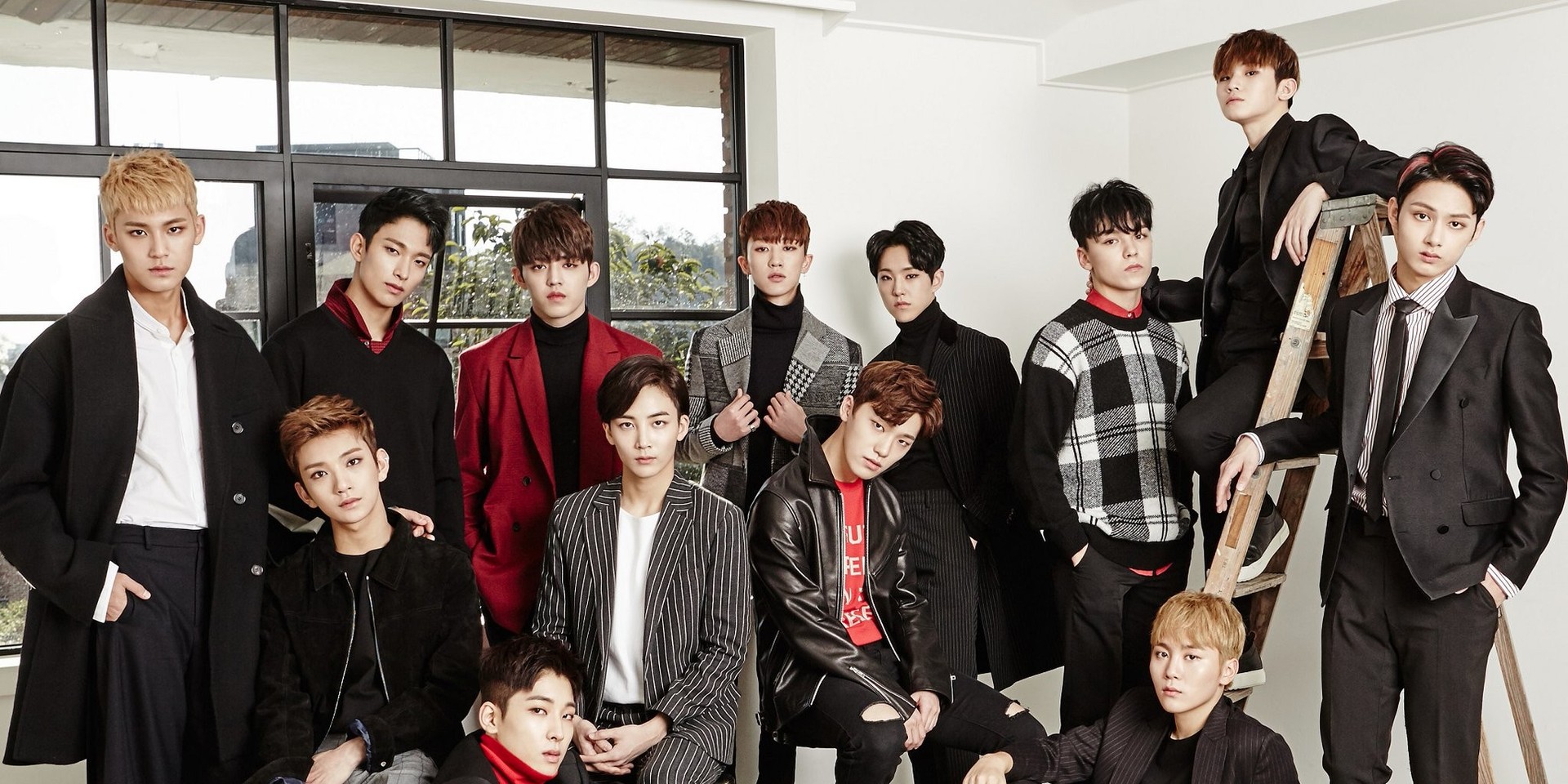 Slip back into the diamond life as K-Pop by group, SEVENTEEN, returns to Manila for DIAMOND EDGE. They're kicking off 2017 with their 4th mini album "Al1" and performing in 13 cities for their 1st World Tour. The k-pop group is set to perform on October 6, 2017 at the Mall of Asia Arena. 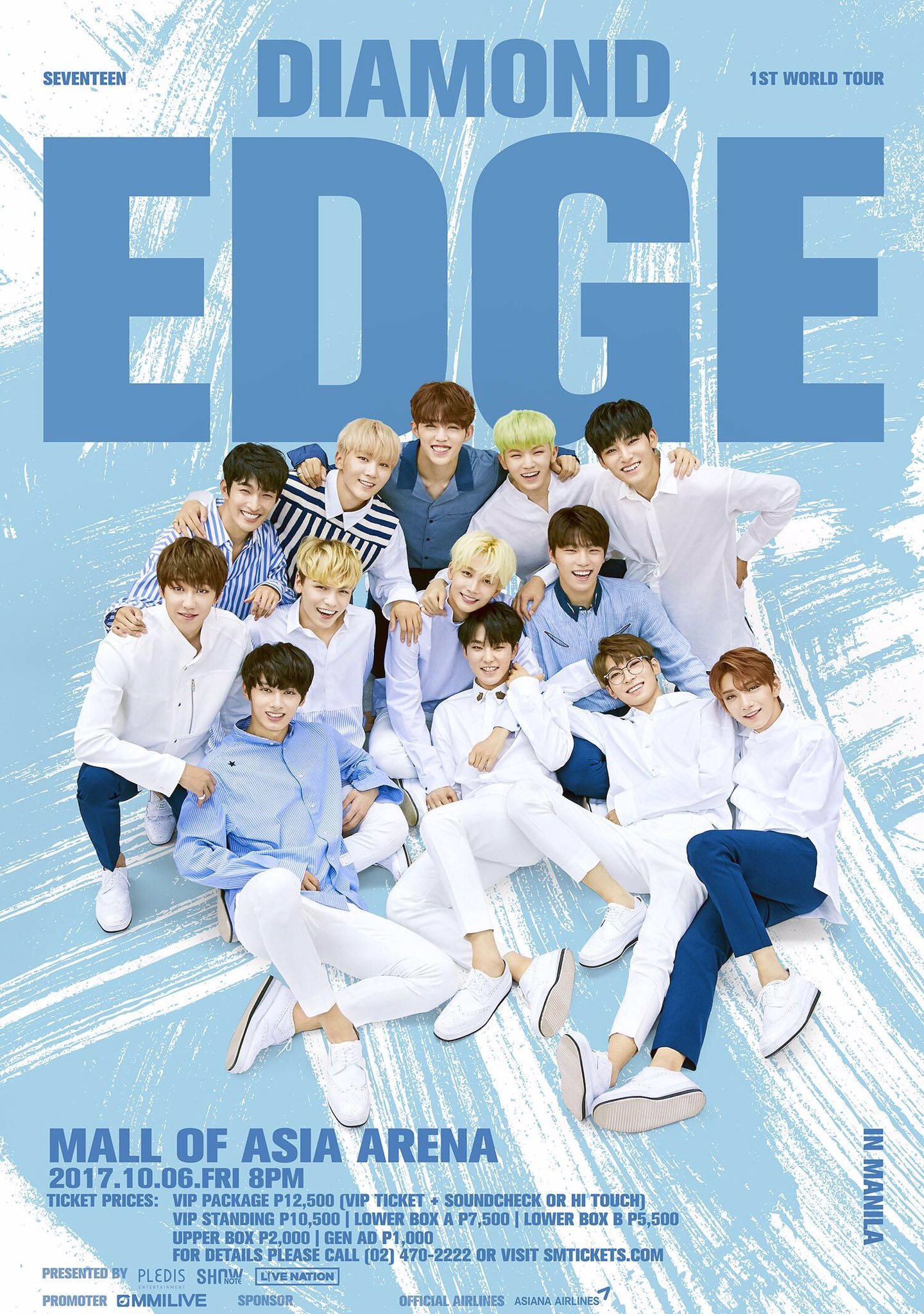 SEVENTEEN, known for their exceptional charm, captures the beauty and enjoyment of the youth through their vibrant music videos and catchy songs. They officially debuted in 2015 and captured hearts from all over the globe with their single Adore U.

As they continued to establish their branding in the industry, they eventually received an award for all their hard work. After releasing their 1st studio album Love & Letter, they won 1st place in MBC Show Champion for their hit track Pretty U.

They capped off 2016 with their 3rd mini album Going Seventeen, which showcases a mature side of the boys. Their hit track BOOMBOOM garnered 1st place in Mnet's M Countdown, raising the bar for the music industry as a rookie group.

Last year, they traveled to 10 cities for their 1st Asia Pacific Tour "Shining Diamonds". They also visited Manila for the first time and performed a show at Solaire Grand Theatre. This time, they're coming back with a whole new outfit of mind-blowing songs, choreography, and a refined visual aesthetic.

They've been releasing promotional photos, clips, and the track list for Al1. This upcoming album seems to encapsulate the boys in a whirlwind of emotions, while exploring different landscapes to seek for certain purpose. PLEDIS Entertainment continues to entice us with puzzles, such as solving for the prime number of each member to unravel a special photo. Fans have also been making their own theories and speculations about the album.

This year has definitely been full of surprises for K-Pop music fans. We are excited to see what else our favorite acts have in store for us.

Catch them at Mall Of Asia Arena on October 6, 2017 for 2017 SEVENTEEN 1ST WORLD TOUR "DIAMOND EDGE" courtesy of MMI Live.