Twitter users who are fans of Kanye West have had a momentous week. Yeezy returned to the platform earlier this week, and amidst the motivational platitudes he's been flooding his timeline with lie a few important announcements: we can expect new music from him later this year, including a Kid Cudi (!) collab. 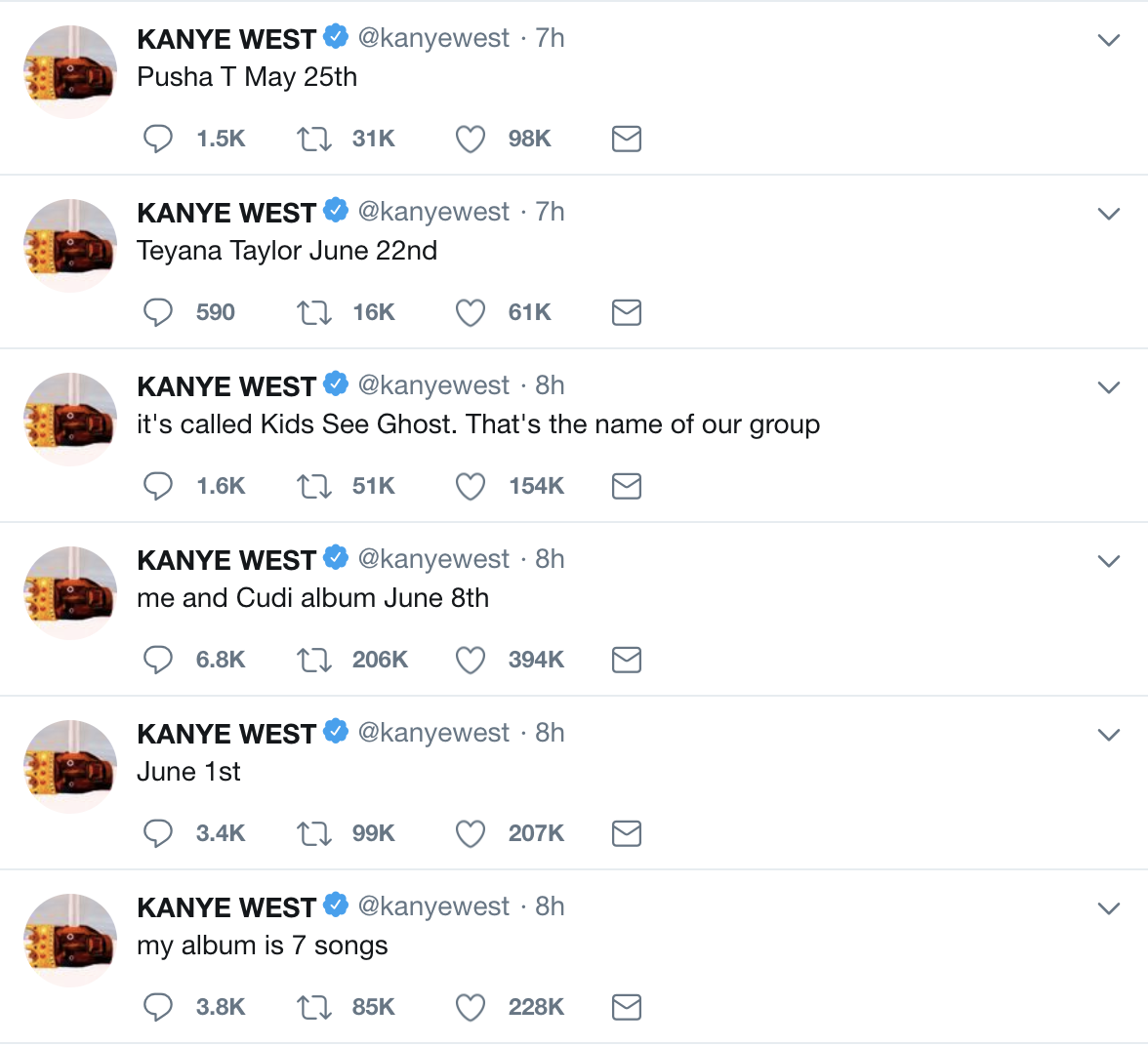 And though it's not immediately clear whether Ye is referring to collaborations with or full albums from Teyana Taylor (on 22 June) and Pusha T (25 May), reports from other music sites like Pitchfork and Consequence of Sound seem to confirm that those tweets refer to new albums.

Kanye's last significant collab with Teyana Taylor was on the 'Fade' music video; Pusha T is a longtime collaborator of Kanye and in 2015 was named President of G.O.O.D. Music, the label Kanye founded in 2004.

This is all extremely exciting stuff, but there's a cherry on top of the cake: Kanye appears to also be working on a philosophical book, which he is writing... via Twitter, in real time.

One thing's for sure: Yeezy season has truly begun. Celebrate this holy time with 'Ultralight Beam':