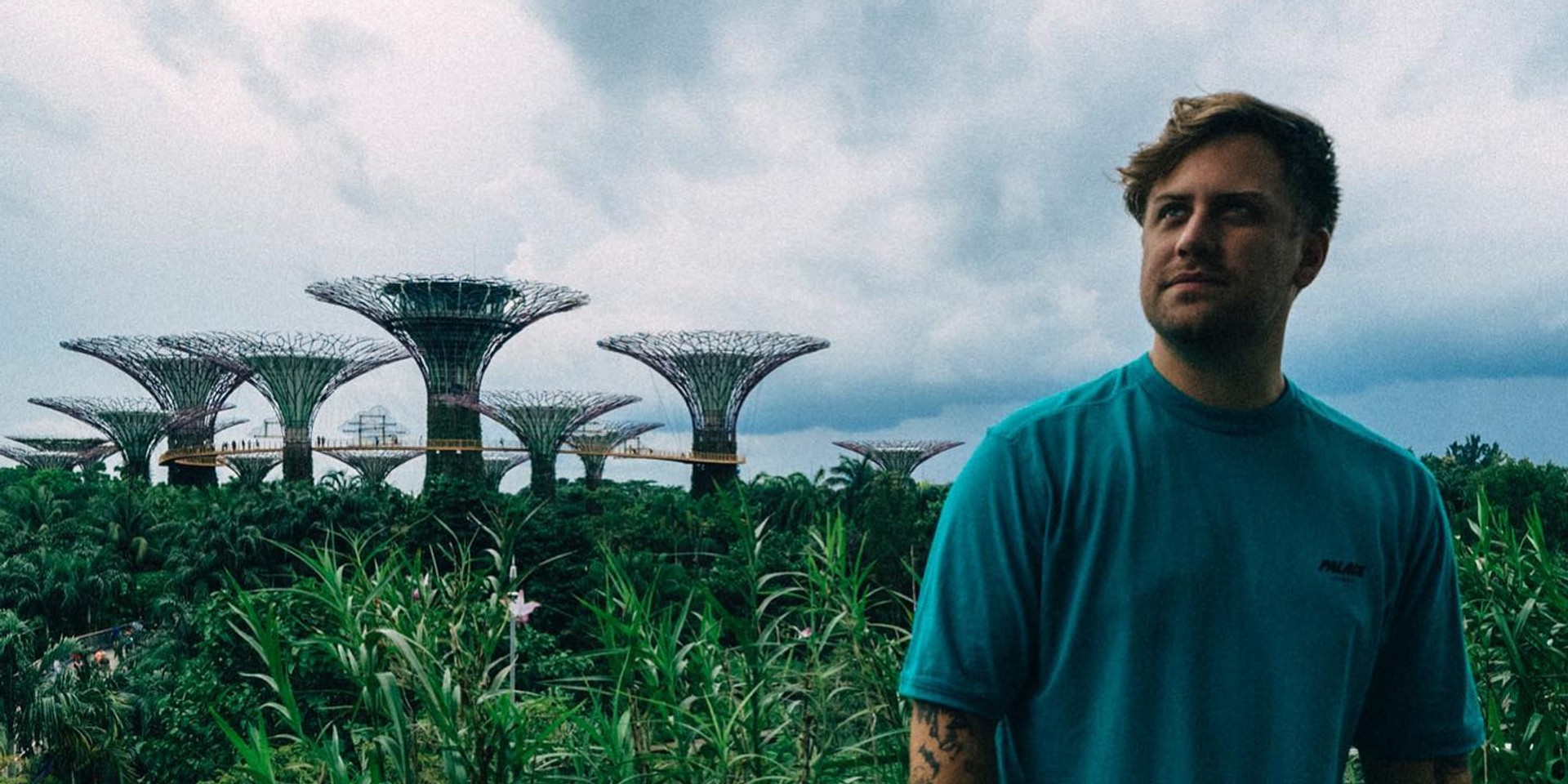 For many, Kayzo's set was the highlight of Ultra Singapore 2019.

He was, after all, one of, if not the best performer on the line-up. His set was nothing short of electrifying, with hard-hitting tracks that won the crowd over. The day after, Kayzo flew to Korea to close out this year's edition of Ultra Korea. Earlier in May, he performed to a maximum-capacity crowd at EDC Las Vegas. In April, he closed out day one of Coachella. All of those are mere indications of what's to come from the producer and DJ, who is poised to take over the electronic music circuit.

We caught up with Kayzo at Ultra Singapore to find out more about his upcoming sophomore album and more. Check out our complete interview with Kayzo below.

It's known that growing up, you were a fan of rock, punk and metal music. How did you get into electronic music?

I got into dance music when I was about 14. Before I was making music, I used to play hockey on a very high level and moved away from home for it. The first year I moved away from home, I moved for a team in Salt Lake City, Utah. The team was coached by a guy from Sweden, so most of the kids on the team, if they weren't from America, they were from Sweden or Finland.

When we were in the locker room getting ready for practice, we would have a speaker that we could connect our iPods to. Whenever I plugged mine in, it was always rap or rock. Whenever the Swedish or Finnish kids put their music on, it was always dance music and I didn't really know much about that whole scene yet, so that was my first introduction to dance music.

Congratulations on the success of your debut album, Overload. You're currently working on a new album. What can you tell us about that?

It is a 15-track album and it's going to have a ton of really cool collaborations with really cool electronic artists and also a lot of other bands in rock and a few other rock artists that I've already worked with in the past. I can't tell you the date of release yet, but it looks like it'll be out in August. 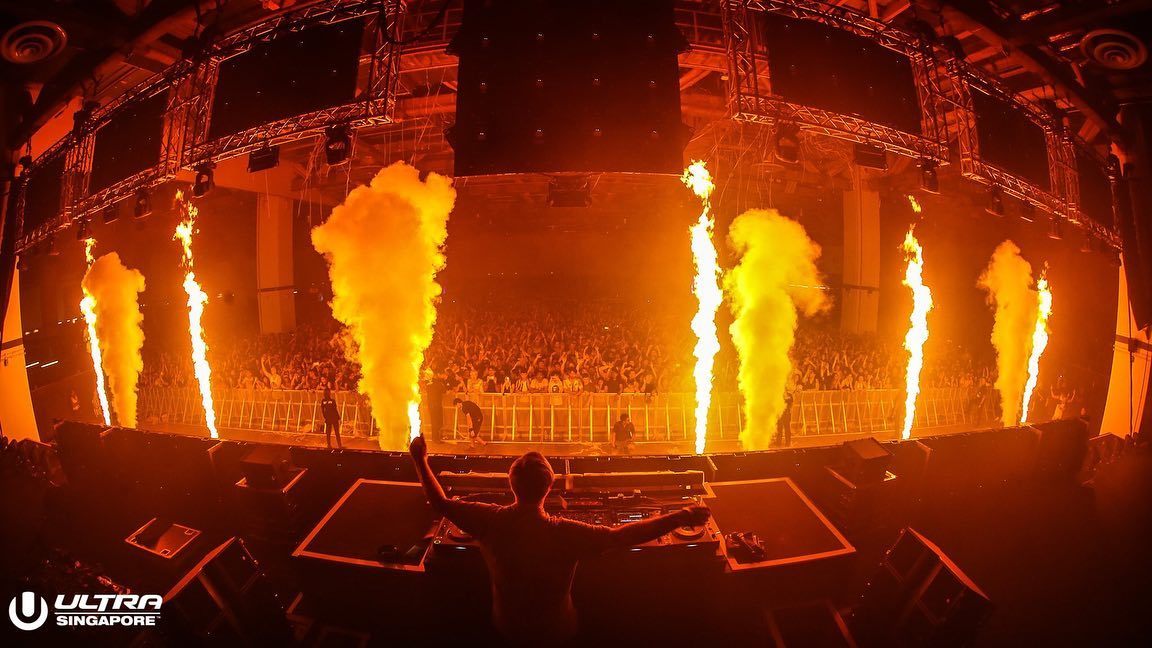 The album was supposed to be a 14-track record, but you've now included an additional track, one that you have said is very important to you. Why is that?

Yeah, the last track that I added in was really important to me. I didn't think it was going to be done in time but I managed to get an extension on the album date, which gave me more time to finish that final song. That final track should be done by next week, when I'm done with this current string of shows and can get home for awhile.

You recently posted a picture of Travis Barker and yourself onto your Instagram. Give us the context behind that.

It was really cool. Travis hit me up because I did a remix for his song, '11 Minutes' with YUNGBLUD and Halsey. He was a big fan of the remix and he hit me up personally to get into the studio with him. He's about to go on tour with Blink-182 and Lil Wayne so he wanted me to kind of throw some ideas for different solo parts in his set and also work on music together. So we met last week for the first time and he's a legend, so it was very surreal for me. We sat in the studio for a handful of hours, talked about music, and worked on stuff.

Was there any pressure going into the studio after the success of Overload?

It wasn't really pressure. I would say it was more important for me to kind of build off the Overload album and take that body, and what that sound was, and to find new ways to spin things. Overload did not have a lot of collaborations with bands, it had features from vocalists.

My goal for the new album was to continue to push the boundaries of rock and electronic music but within that, work with more bands. Instead of just working with the vocalists, it was fun to see how we were going to work with the other members of the band, and tracking their instruments and sound into the song. I'm just trying to blur the lines between the different genres and create something new. 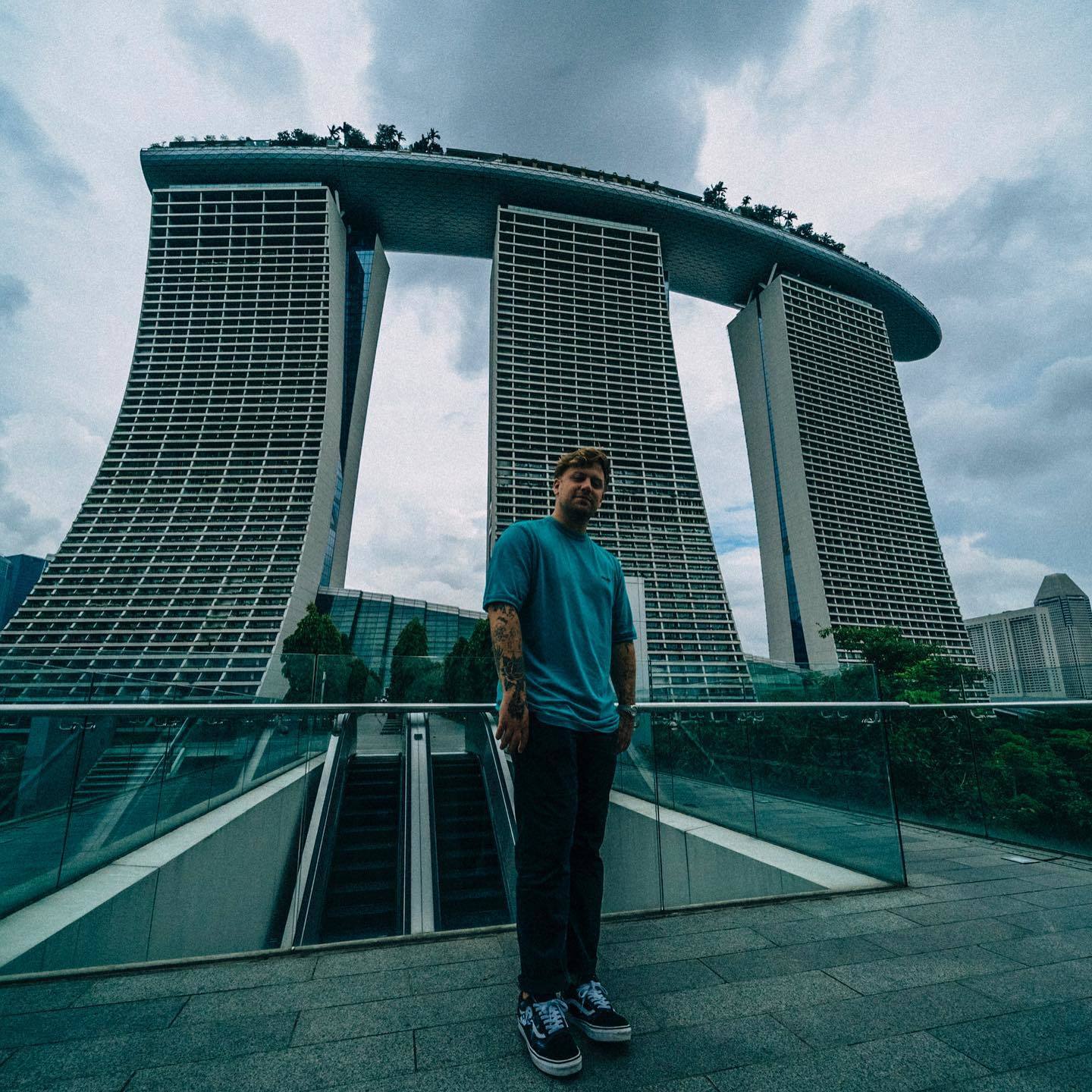 Were there any lessons that you learnt from the Overload sessions that you brought over and applied while working on the new album?

I think what I've realized from the first record till now, is to have the utmost patience, not just with myself and my writing, but with the people that I work with. Instead of feeling the pressure to get a session with an artist and trying to rush out a track in one day, I've learnt to take more time with it and enjoy the process.

There wasn't an immediate need to get the album out very quickly, so I wanted to take the time that I had to revisit the songs months later, and see if I had new ideas and rework them if needed. Instead of finishing a track and letting it sit in a folder until the release date, I'm constantly going back to it and making it the best it can be until the due date arrives.

Over the past couple of years, mental health has become a key topic in the music industry. How do you stay above all the negativity?

I think mental health, now more than ever, has become a spotlight topic, in a good way. People are beginning to talk more about this and open up, it's more under discussion. A lot of artists used to brush their issues under the rug, and it always caught up with them, things are taking a better turn now. I think what's important for myself, and for anyone, is to find a good balance between touring and your normal life.

Making time for your family and friends and loved ones is just as important as making time for music and touring. A lot of us, myself included, have been guilty of prioritizing the music, and it wears you down very quickly. Be open with the people around you about what's going on and how you're feeling. It's not uncool or weak to talk about your feelings. That's usually the most therapeutic thing. Communication is the important thing. It may be the most difficult thing to do sometimes, but once you're open about that, everything will fall in place.