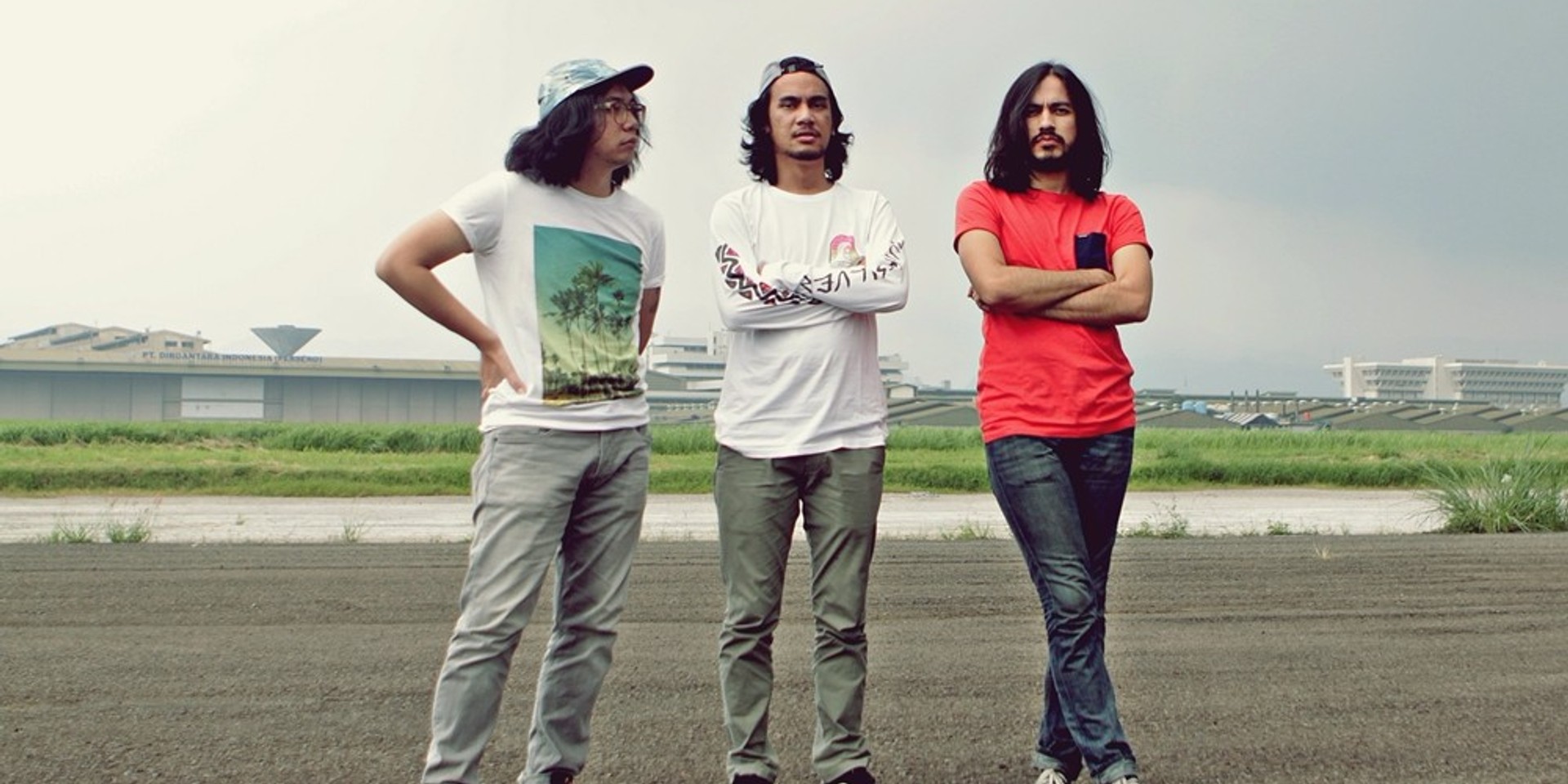 The first thing to know about psychedelic rock juggernauts Kelompok Penerbang Roket (KPR) before you can do yourself a favor and dive into their work is that releasing a music video that contains three of their songs was a "dream come true."

So they did. Hey, whaddaya know!

For 'Tanda Tanya,' 'Beringin Tua,' and 'Target Operasi,' all culled from their debut LP that was released in 2015 called Teriakan Bocah (it's also worth noting that they put out a covers LP called Haai months after their debut), Rey Marshall (guitar/vocals), I Gusti Viki Vikranta (vocals/drum) and John Paul Patton (bass/vocals) asked photographer Anton Ismael to direct this exhilarating 11-minute trip through a drag-race and what seems to be a VHS-shot rave.

The idea, per the press release, came from KPR's label, Berita Angkasa Records. The video itself aligns with KPR's affinity for concise, punishing punk rock. Or as Ismael warns, "Maybe there will be a lot of people confused about my music video, because they're too "deep." Don't get too deep, there's no meaning in this video."

Watch the video for 'Tanda Tanya,' 'Beringin Tua,' and 'Target Operasi' below: