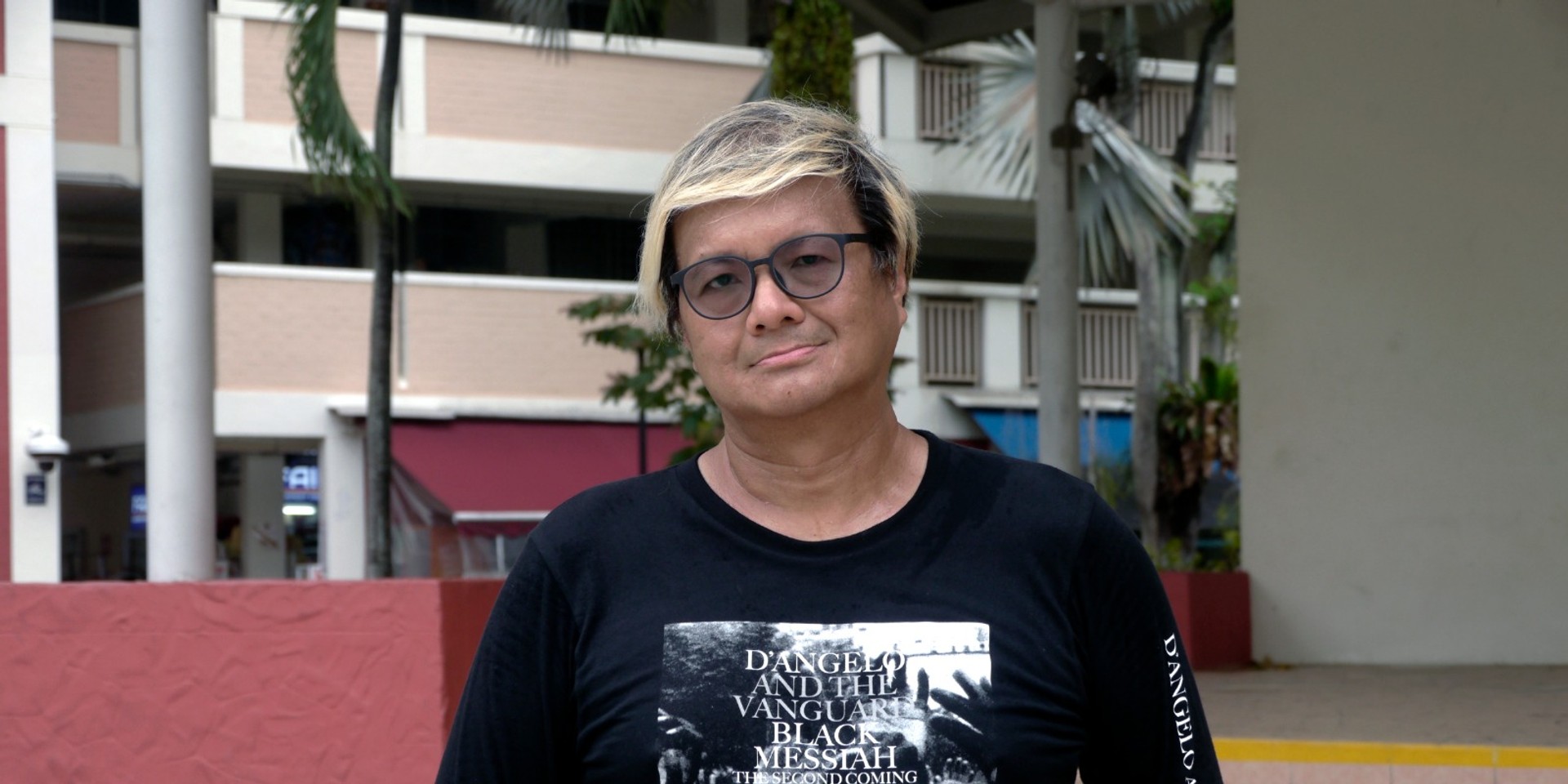 With Kelvin Tan, it starts with “why”.

Why is it, that, despite standing atop 150 albums, the Singaporean singer and songwriter isn’t quite done with carving out the contours of his expression with his means and art? Why, despite the fact that we live with a teeming wilderness of music at our fingertips, he continues to release more spectrum-blasting material into the world? And most importantly, why, after all these years, he continues to be immune to disillusionment and exhaustion? Then, when I met the man, he confirmed what I already had a strong sense of.

It’s my calling – He said. Those words speak to an irreducibly profound finality that is also its own and only means of arrival. When you do it to do it, everything you do bears the mark of that purity. Nothing can dim its light – not the fickleness of the zeitgeist or the aggregating shroud of the Internet. The straightjacket limitations of taste and time melt away in the face of his radical freedom, which is overt and fundamentally inspiring.

In September this year, he added to his trove of music with the spontaneous release of three albums: The Gift, Unchained, Stagger Lee Transcends - Skewered Blues for the Late Great Lee Wen and Sang Nila Utama's Dream Deferred – Music from the "Dance of the Humble Atheist" Sessions, each of which is uncompromisingly original and personal.

Below, in the ensuing interview, he peels back the layers of his life and art and gets deeper into the essence behind it all.

Congrats on the trio of albums you released recently.

Thank you! The first thing I want to say is that I never plan how many albums I want to release. People make this big to-do about how I have the most albums in Singapore but that's never been my goal. I've always just been very prolific in what I do. This year, I hit 150 albums – coincidentally.

One of the albums is a tribute to the artist Lee Wen, who was a good friend of mine. That was very important for me to do. Right now, I'm into the improvisational method of playing so I dedicated that to him. The second one is a tribute to the gift, as a songwriter. As you know, doing this in Singapore is very difficult. But I've been doing it all my life. I've learnt how to shut out society, focus on my art and just keep at it. So, I used all the influences I had and just improvised. The third album came out of my fascination with the bicentennial. It made me want to venture further back. That's why I went back to Sang Nila Utama. What he encountered and what we have now is so different. It started out as a project for my good friend Toh Hun Ping's work, Dance of athe Humble Atheist.

Why did you decide to release all three at one go and why on Bandcamp and not more mainstream platforms?

I'm thinking of uploading them on Spotify, so there's no apparent reason other than me not thinking about it. I'll try to do that soon.

I've always been very uncompromising and idealistic with the way I do things. I never really listened to what other people said; I've just done my own thing, not just as a musician but as a writer – and I wanted to keep that. The three albums reflect what I do as a musician: There's the singer-songwriter element; there's the acoustic-guitar-improvising element and there's the electric-guitar-effects element. I've always wanted to push the borders of what I can do musically, without being categorised into strict limits. I'm just trying to create something different,  every year. It just so happened that these three albums reflect different aspects of my musicianship.

In one of my favourite songs of the batch, 'The Gift', you liken sound to a "subset of an awakened consciousness". To me, it reads as a thesis of your entire philosophy of music.

Absolutely. It comes down to the simple fact that I love music but I love sound more. I was exposed to so much music when I was younger that I couldn't put it away into different categories. I like what I like and I play what I play. Which is why my music doesn't cater to any market. But at the same time, it's a combination of everything I love. When it was apparent that there's no audience for my music, I also had to ask myself one important question: "Why do you do what you do?" I realised that it was a calling. Van Morrison once said, "I didn't choose music. Music chose me". It's the same for me. It's what has given me the freedom to push the borders as far as I want to and can.

Let's talk about Stagger Lee. Despite your well-known love for the verbal medium, the record is wordless.

That's because it was inspired by Wen. He used to love the acoustic guitar and when we'd hang out, he'd play me his Bob Dylan-ish folk tunes. I found it difficult to put words to it because a lot of what he does is wordless, too. The only way to get the expression out there was through the music itself. Words couldn't express the love and affection I had for him. I kept it acoustic as well because of his moniker; he was a fan of Stagger Lee, who was a great, mythical, blues legend.

This is also a good time to talk about your primary instrument. How has your relationship with the acoustic guitar changed since you started?

I started out learning the acoustic guitar to play songs by my favourite songwriters: Neil Young, Joni Mitchell and so on. I came to realise that it was very structured. By the time the '90s came around, I was very tired of the whole verse-chorus-verse framework. That's when I decided to improvise. For the past 10-12 years, I've been what you can call an improvisational songwriter: I go into the studio and just improvise something out of nothing. It's magical to hear the words that come out of it. I'd never achieve that if I was writing "normally". The whole idea is to defy the idea of structure and preparation; the feelings are more free. My acoustic guitar-playing has changed that way, too.

There's a lot to unpack on Sang Nila Utama's Dream Deferred but I'd like to draw your attention to the last song, 'Sri Wikama Wira Hears the Echoes of the Future in the Scars of Destiny'. Is there a political significance there?

I tend to be very apolitical. In a way, it allows me to do a lot of stuff. But people can always read it in different ways. The title is meant to be a provoking question pondering what Singapore was intended to be and what it has become says about it. What are the implications of that? Are we happy? Are we living meaningful lives? If I used words, the range of this song would be limited. But the titles allow for interpretation. This album is inspired by the spectrum of experimentation that connects Sonic Youth to Miles Davis. They all used titles very craftily to get people thinking about stuff in a non-literal way.

One of, if not the most advertised thing about you is that you have 150 albums to your name. From a totalising perspective, what does it mean to you that you have that many albums out?

You know how Frank Sinatra says, "If I can make it there, I'll make it anywhere", on 'New York, New York'? I'm not a flag-waving patriot, but I've always liked my life here in Singapore. Somehow, I've managed to carve my own niche as a Singaporean, and do what I want. It's this whole idea of using your principles and the power of your will to enforce an urge to create, in spite of all circumstances. I have no choice but to live this life – this is my calling. All my output is proof that it can be done. You may not be sure if you have an audience or admirers, but it gives you meaning. It's about the pure joy of creating – without it, I don't think I can live. To me, work is power. 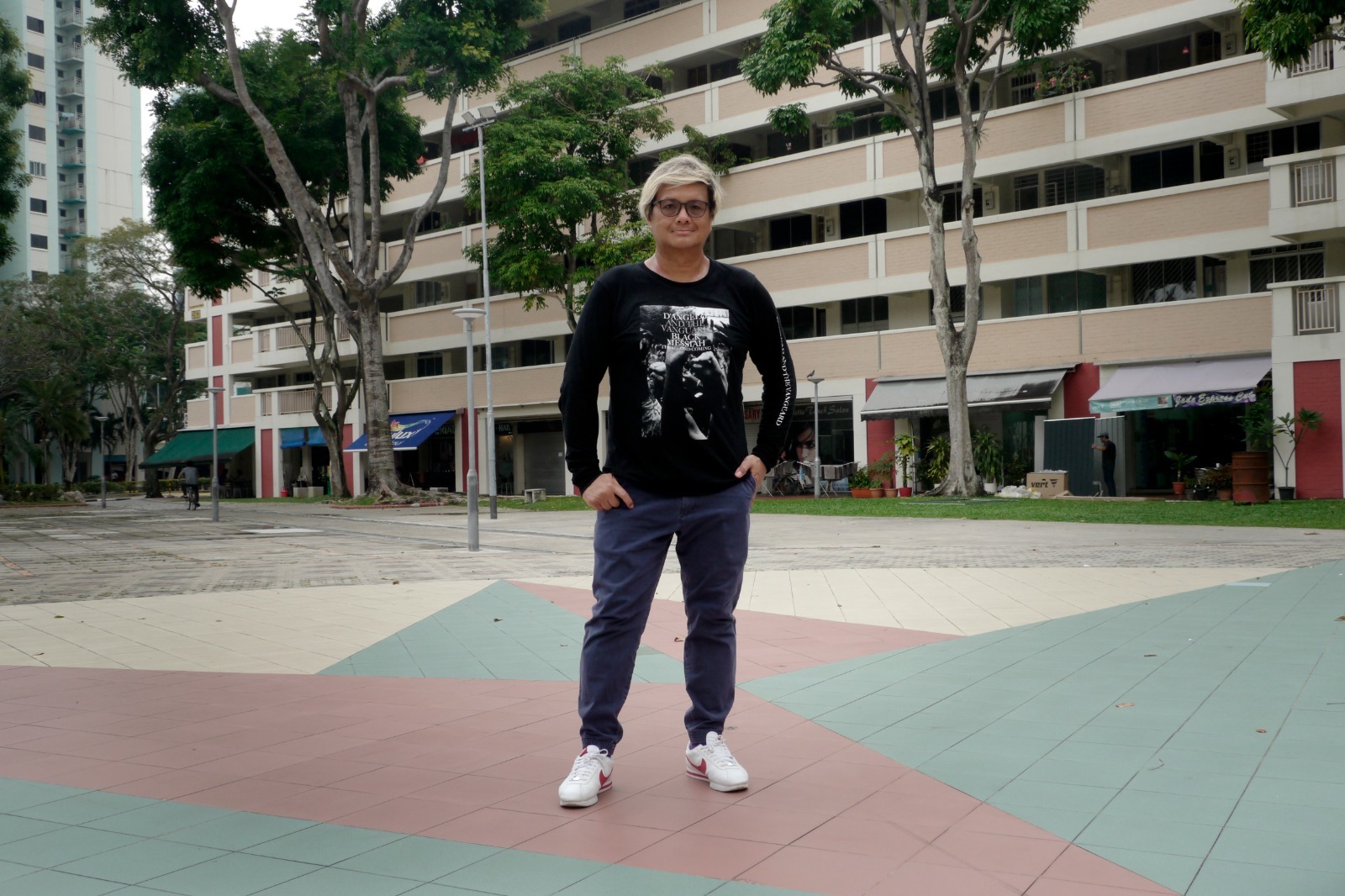 Lastly, with that in mind, does the kind of reception you get ever affect you?

That's a very good question. As human beings, we like to be appreciated. Whether you like it or not, it will always be there. You will always think about the acclaim and love that other artists and bands are getting. After I watched Martin Scorsese's documentary film on Bob Dylan, No Direction Home, I had an epiphany. I realised I don't really want all this hard enough. I don't really want to be a star, have all these followers, or live on the road. I'm just not cut out for that. So what am I cut out for? I'm cut out for going into the studio to record music and having a coffee with friends. I want my life and I want art at the same time.

I did the math: If I'm not that vain, it's easy to just make music and take what comes with it. To me, that's already great.