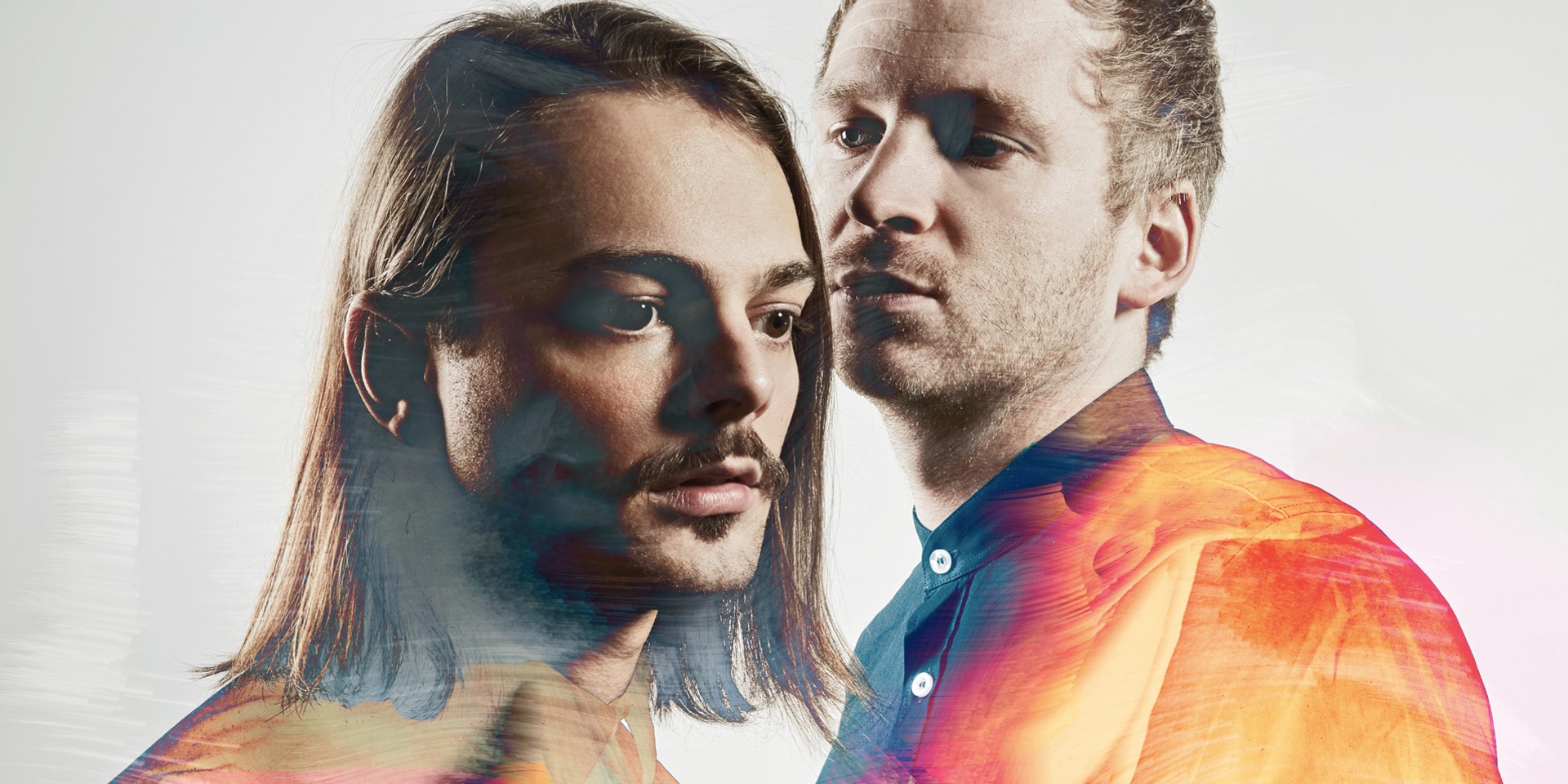 Made up of two of Iceland’s more prominent musicians, Ólafur Arnalds and Janus Rasmussen (of Bloodgroup), Kiasmos’ experimental take on minimal techno has been at turns surprising and entirely mesmerizing. The clash of worlds between Arnalds’ classical influence and Rasmussen’s electronic approach may seem jarring on paper, but in practice, their tightly-woven compositions have proven to be remarkably textured and infinitely rewarding.

And coming off their highly-regarded self-titled debut LP, Kiasmos will be performing in Singapore for the first time (as a duo at least). Ahead of their Neon Lights showcase, we figured we’d take some time to chat with Rasmussen about their musical duality, working with Ólafur Arnalds, and our preconceived notions about how Icelandic music should sound like.

Hi Janus! First things first - what does Kiasmos mean? Is that an Icelandic word?

It's actually a play on the word “chiasmus”, which is a grammatical term. It basically means the pairing of two opposite statements in a sentence, where the second part is reversed against the first part to make it balanced.

Like when Snoop Dogg says ‘With my mind on my money and the money on my mind” on ‘Gin and Juice’?

Did you guys pick the name to reflect the duality of your music? The pairing of classical and electronic genres...

It wasn’t on purpose but it worked out pretty nice didn’t it? It ended up being really fitting, but honestly, that was just a happy accident. We just really liked the word. Ólafur had already picked out the name from way before actually. A friend had told him about that word many years ago - he said that if he ever made a band, that’s what it would be called. Ólafur thought the same I guess because he stole it. Well, we stole it. (Laughs) 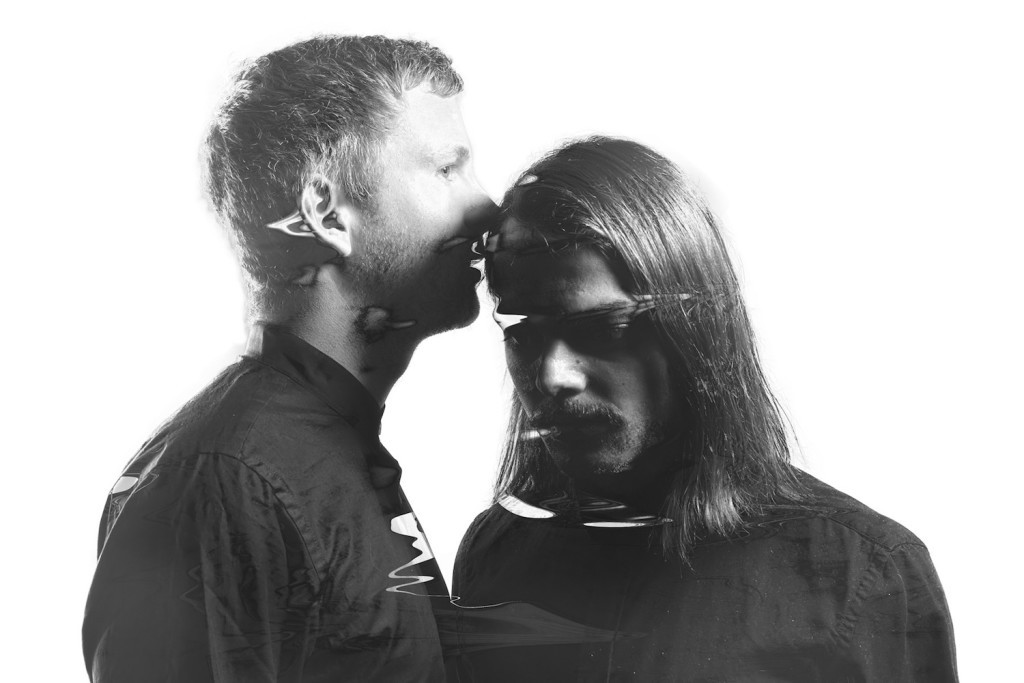 "There’s good music from every genre being made here, like metal or punk or hip-hop or whatever, but they don’t get popular around the world for some reason. I think that’s because people expect a certain sound from Iceland, due to the history of bands that have broken through, but those bands don’t reflect the entire Icelandic music scene."

How did this project with Ólafur Arnalds come about?

I was playing a lot with my band Bloodgroup at a venue downtown called Organ, and he was working there as a sound engineer. So he was always there when we played. This was before his music career took off. When Bloodgroup finally released our album, we went on an Icelandic tour in 2007. Since he had already mixed us so many times, we figured it would be ideal to bring him along as our sound guy. We became very good friends on this tour, and we bonded over our shared love of electronic music. That was when we decided to start working on an electronic project together.

What was the writing and recording process for the album?

It was really quick and really smooth. We only spent about six weeks writing and maybe about another two weeks recording and mixing. It was a very easy process because we enjoyed working together. It was also really convenient because we both have our studios in the same building. Most days we spent in his room, but some days I would just be alone in mine making some beats, and whenever I got something, I could just walk over to his room and continue.

What’s you favourite part about working with Ólafur?

Just the fact that we’re kind of similar. We’re both really curious and always eager to experiment, to see what sound we can make up, you know? With electronic music you can pretty much do whatever you want, so we had fun exploring.

Ólafur came to Singapore for a couple of shows last year and he said something interesting. He mentioned that most people have preconceived notions about Icelandic music - people think it's supposed to sound strange and ethereal and grandiose like Björk or Sigur Rós. What do you think of that stereotype?

Yeah I think Ólafur is pretty right, that stereotype does exist. There’s a lot of good bands coming out of Iceland but the thing is, most of it isn’t recognized. There’s good music from every genre being made here, like metal or punk or hip-hop or whatever, but they don’t get popular around the world for some reason. I think that’s because people expect a certain sound from Iceland, due to the history of bands that have broken through, but those bands don’t reflect the entire Icelandic music scene.

"With every single performance, I'm getting better at adapting or rethinking an idea. I just hope it's getting better each time for my audience. Looking back, I think I was only able to perform as good as I do now after my first 100 or 200 shows."

I’ve actually been to Iceland a couple of times now and the music scene is indeed diverse, but it's also pretty small. Does that evoke a stronger sense of community amongst Icelandic musicians?

Yes, definitely! For example, the building where we have our studio, there are at least 20 or 30 other rooms filled with all other kinds of musicians of many different genres. A lot of the Icelandic musicians gather there, from rock bands to electronic producers. There’s a lounge room in the middle where we all congregate to have lunch, drink coffee or talk about gear. And whenever someone needs help, all of us would be happy to. We are all friendly, and because the scene is so small, everyone has probably worked together at one point in time.

That sounds a bit like the Singapore scene too actually. What’s next for Kiasmos? Are you guys working on something new?

We actually wrote some new songs in August! We’re actually planning for a release in November. It’ll be an EP and it's called Swept. We have already released the title track ‘Swept’ for free on vinyl and CD, but we wrote two more songs afterwards. So we’ll be releasing ‘Swept’ and those two new songs together.

Really looking forward to that! What about your band Bloodgroup? What are you guys up to these days?

We’re not up to much right now because I’m touring so much. The other guys are also touring with other projects so we are rarely in the same country at the same time right now. We have ideas and plans to write new music, it's just a matter of finding time for it.

We hear that a live Kiasmos can look pretty majestic. How do you decide what kind of visuals to use?

It's actually all done by this visual artist named Máni M. Sigfússon. We trusted him with everything because we had already seen him do visuals and music videos for other bands and we really liked his work. So one day we asked him to do clips and visuals for each individual song, and we gave him complete freedom. So if people love the visuals he actually deserves all the credit. (Laughs)

Kiasmos will be performing at Neon Lights on November 28. Learn more about the festival in our comprehensive Neon Lights guide, complete with the full line-up and playlist.