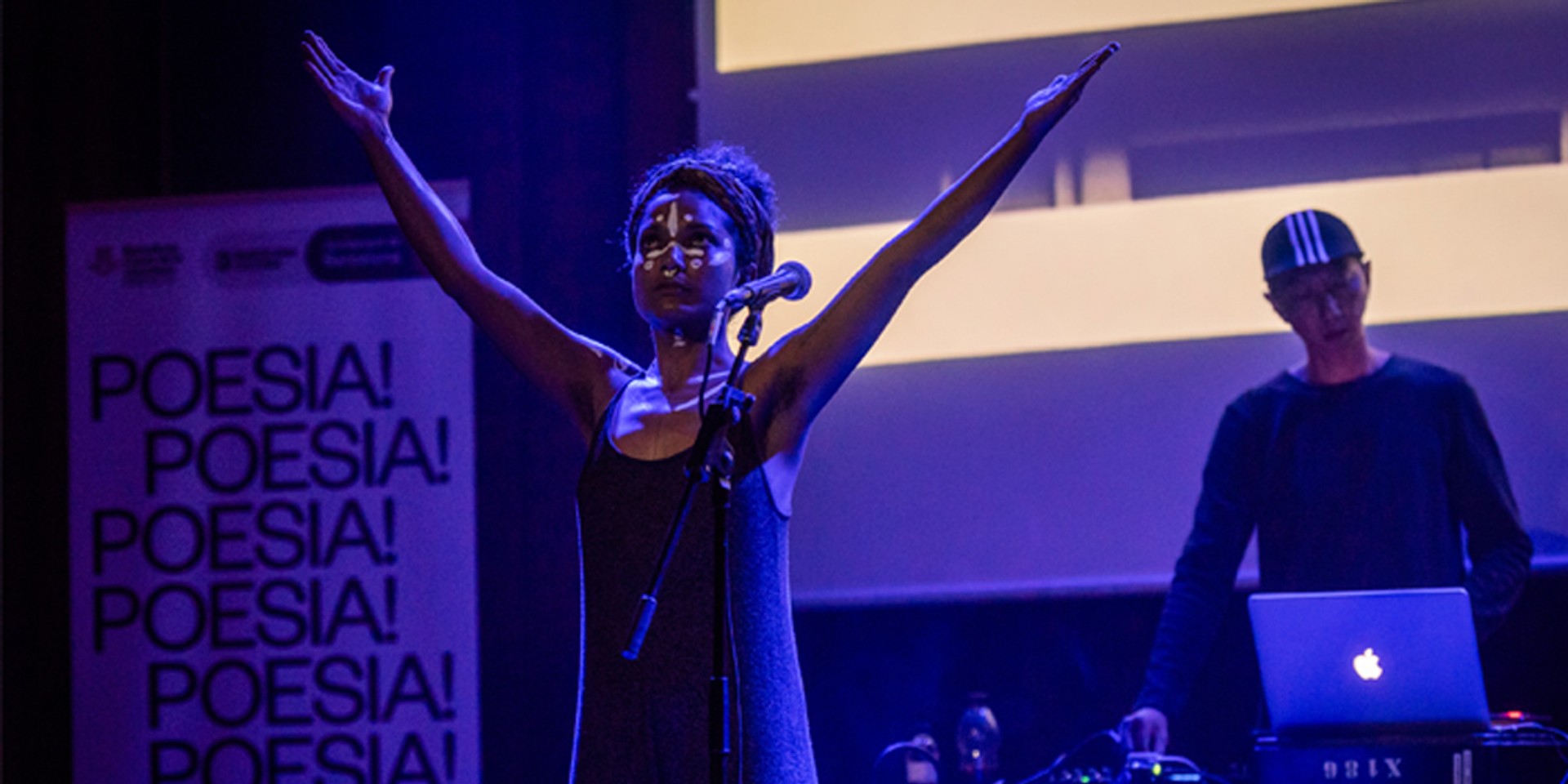 Like the human mind, the human tongue is capable of multitudes. To see them as separate appendages is foolish and reductive. Mens sana in corpore sano – as the ancient Romans used to say. Right now, we live in a time where confusion possesses much of what is articulated by mind and tongue and the ensuing cognitive dissonance has become a deeply, inextricably existential issue, to say nothing of the systemic rupture and violence that are its more flagrantly visceral byproducts. But just as much as dark clouds gather, so does the possibility for a sky-parting measure of love rise to the forefront of our collective consciousness.

Polymorphism, the collaborative album between Kiat, one of the co-founders of the cutting-edge Singaporean audio-visual collective Syndicate and accomplished Singaporean poet and multi-disciplinary artist Deborah Emmanuel, arrives into the world at this moment in time, as an ode to how the twinned powers of mind and tongue can be harness to spread love and all its attendant joys. The nine-song labour of love is forged in the crucible of Kiat’s genre-agnostic, next-level-destined production and Emmanuel’s beautiful, passionately humane and resplendently uncompromising poetics. As an output of music, it is a gloriously realised and endlessly explorable work. As a case for what humanity can do to live and love more, it’s an utterly necessary transmission.

Find out more about how the project came together in the interview below.

Congratulations on the lovely album! How did this collaboration come together?

Deborah: It started with Cherry because she was reading my book – Rebel Rites.

Kiat: So, she got Rebel Rites, and then I cut my leg sometime after. And then I was pretty pissed off, of course – I had all these things I wanted to do with my life, but it came to a standstill, literally. The book was just lying around the studio, so I picked it up, started reading it, and found it quite inspiring.

I found that I had to kind of figure out a way to change my attitude towards the accident so I wasn't so frustrated – it was literally just a cut, but it was supposed to take minimum six to seven months to recover, which became 10 months. But long story short, it was the book, thinking about life, and that maybe, there are somethings that you just can't control. As much as I'd like to call it a freak scenario, maybe it happened for a reason. I think, back then, I was just all over the place in terms of my energy. Maybe it was just the world going, "Yo, stop, pause and think about everything before you move on" – I really couldn't move!

I remember wanting to work with Deborah once I could get up and start interacting with other human beings again.

Deborah: We just met for coffee, the first time. He sent me a message asking if I'd be interested. So yeah, we met and we just clicked! It was really cool because I think, until that point, I hadn't had any collaborators who were Singaporean to make music with.

And so, Kiat and I really bonded on our issues with being Singaporean – the things about our relationship with our space and our identity. It was just a really comforting conversation for both of us – to feel like there's someone else I can talk to who feels the same way, is thinking about the same things, and is also making art as a response to that.

Kiat: I mean, we didn't plan for this to happen. But I think from that conversation, I walked away feeling that we could connect on a level that is beyond words – we are on the same wavelength, because we shared so many thoughts that we have in common.

Deborah: We knew it would work, basically.

The album seems to portray a vision of a happier place, a utopia. In the midst of the everyday that is yours, what's that happy place?

Deborah: Well, 'Utopia' is definitely the emblematic song that describes it. It puts it out there that we are envisioning utopia with what we're making – we're addressing it, we're questioning it, or that we're looking for it. I think, definitely, within our individual lives, we're seeking the same. And for me, it's a combination of being a master of my own destiny in unity with the universe, living in flow, accepting and being grateful for what I'm given. All of those things have been helping to create utopia for me, and also helped me understand how to contribute towards a future utopia.

Kiat: For me, it's a lot of self-reflection and trying to understand why I get affected by certain things. A lot has to do with social conditioning. As much as I'd like to think that I'm open or open-minded, I'm still somewhat conditioned – and I have to admit that to a certain degree. I realised that everyone is an individual, and I think the discontent comes with you subconsciously comparing yourself to other people – maybe through social media about things that you didn't succeed at doing that you wanted to do. Once I tried to be content with what I have, I found a certain peace within myself. At the end of the day, there's always going to be something that you don't have, and that's just human nature. You're always searching for validation from friends, loved ones, or even yourself. Someone could tell you that it's good, but if you're not happy with yourself, you won't see it in a positive way.

The next thing I realised is, while watching a quantum physics documentary, that each cell in your body has a certain amount of energy that it generates. So each of us is capable of producing quite a bit of energy, literally just voltage, which we can't use yet. Even our minds and thoughts, as we communicate right now, comes from a series of electro-charges in our head that you receive as words – that is also energy. Whatever we put out or consciously share should come from a place of love, peace or with good intention. So, whoever's receiving it will consciously or subconsciously receive it in a way I intend to. I can't force it, but I can try. If I'm giving out so much bad vibes unknowingly, and I'm walking around receiving all these invisible things from people –  do I convert it to something positive or do I add to this existing madness? So we just want to be conscious about it and put out something positive. Hopefully, it changes energies somewhere – you can't go wrong if you try to give something good.

Kiat, your medium is aural, while Deborah's is verbal. How was it like working with each other's strong suits?

Deborah: I think we've definitely seen some transformation within the time we've been working together, into finding a more unified sound. At the beginning, it was very much my words set to Kiat's music. But after some time, we really began making music together – and I found a way to contribute in a way that I could to the music and he contributed in a way that he could to my poetry. So, we met in the middle.

Kiat: I agree. Also, since I've met her, I was also doing some stuff for theatre. So, I think I kind of started to have a deeper relationship with text. With that, I tried to put that back into our music. It was a learning experience for me as well – besides what I thought sounded good, I was thinking about how I could enrich the text.

'War Crying' stands out as one of the highlights of the album. What's the story that each of you brought to the song?

Kiat: Funny enough, 'War Crying' was the first song I did without beats. I think it was just the emotions I felt at that point in time. I did it in London, the base of the song. And that was one of the first musical conversations I had with Deborah where I just sent her a bunch of stuff to see what would resonate. It was one of the really early songs that we did together.

Deborah: Yeah, and I just picked a poem that I thought would go with it. Turns out, it really fit together. We wish we had a better story, but yeah! [Laughs] I feel strongly about the poem, and he feels strongly about the music because it's the first thing he made without a beat. That's kind of the start of his experience with ambient music. 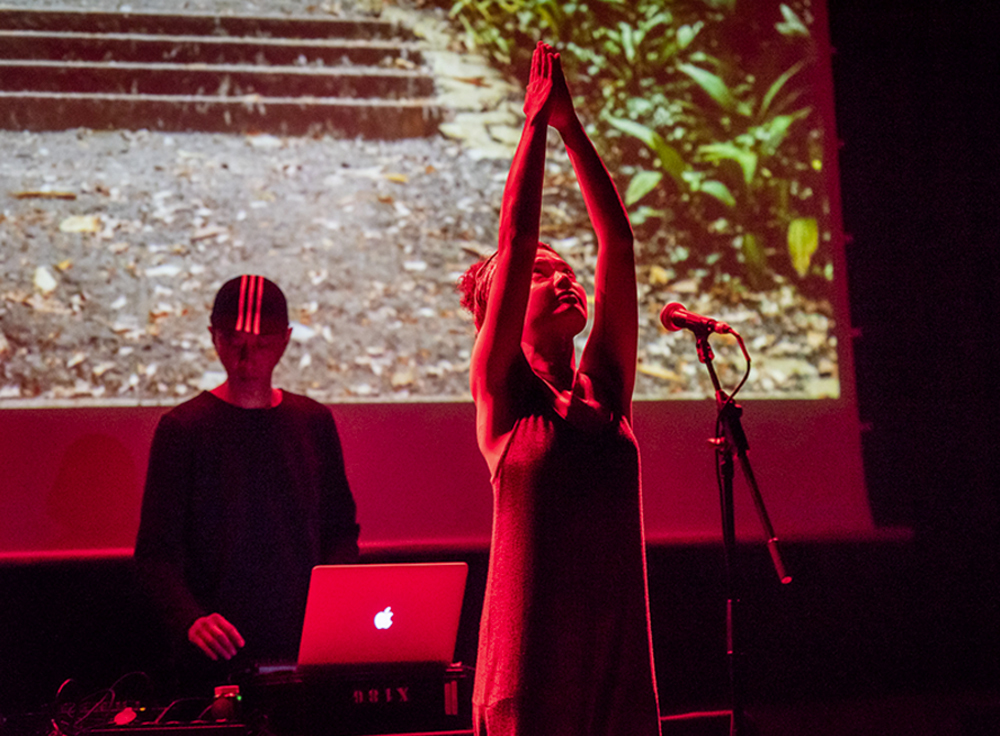 Finally, what keeps you hoping – what fuels that intangible force that makes you look forward to each new day?

Kiat: I used to think that hope was driven by a person trying to, I won't say, improve, in life, but just more of giving themselves that chance to try something beyond what they think they can do. I think that a lot of us are quite limited by what we think we can do. But I've been in situations where humans go past what is expected and beyond what people think can be done.

But, for some reason, strangely, I've been thinking that life could be a simulation. I don't know, man. Things just don't feel like what they used to. I feel that the more we know, the more we find out that we don't know. Five years ago, I'd think that this shit's crazy. But sometimes, I think about how life's coincidences, even the things that we are talking about right now, could point to science that confirms that a lot of things are mathematically linked. It kind of scares me. But at the same time, it frees me, as well, because, if this simulation is bound to go down a certain route, no matter what I do, it'll still be the same – so I might as well just enjoy the ride and just be happy!