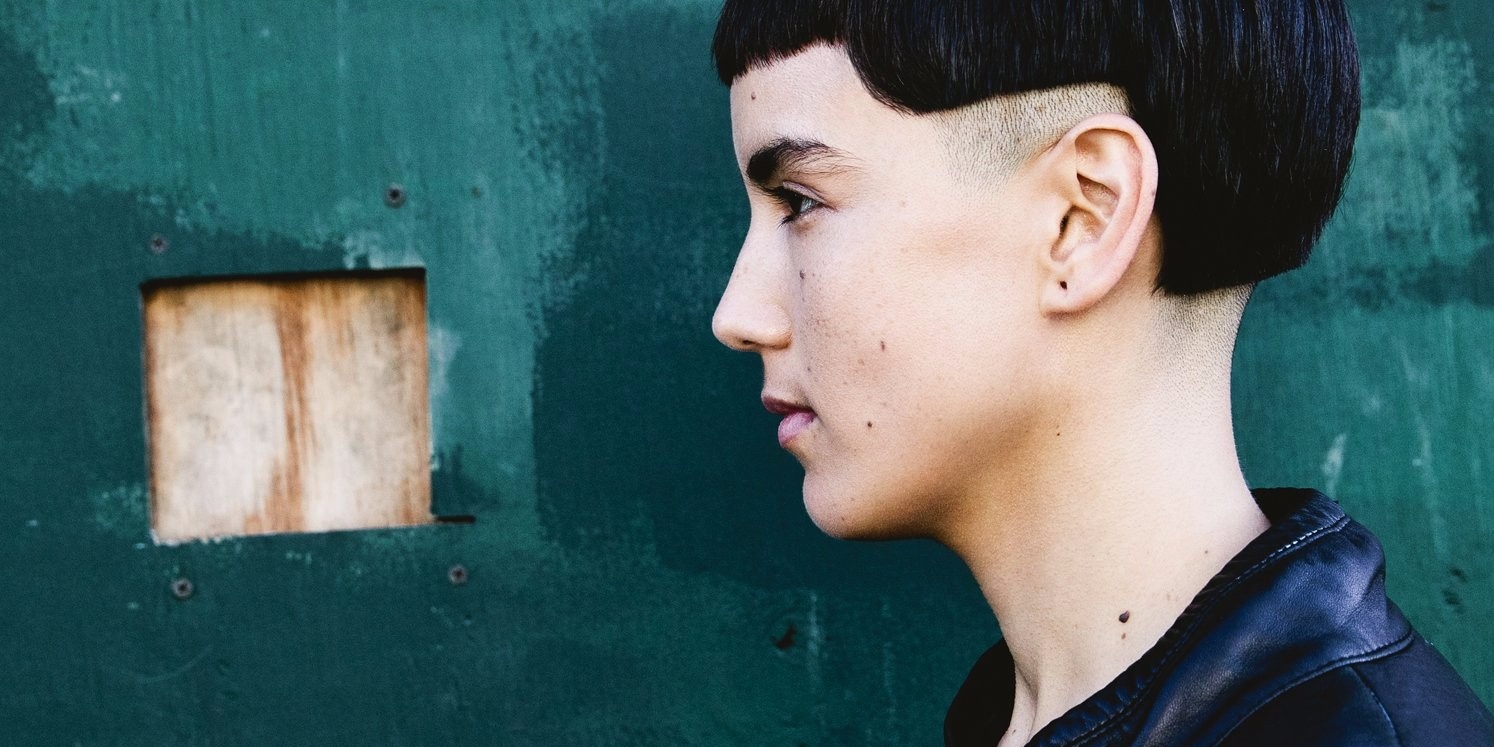 New York City house luminary Kim Ann Foxman came through the new Kilo Lounge last weekend, and she delivered one of the best DJ sets that Singapore's seen in 2016. But of course, given her splendid reputation, we expected nothing less.

The veteran electronic musician is one of the most reliably exceptional artists active today, and her ability to feel timeless and trend transcendent is almost certainly down to her own distinctive style and inimitable sensibilities.

Growing up in Hawaii, Foxman was first introduced into the rave scene as a teenaged bartender at an all-ages club, serving smoothies behind the counter whilst immersing herself in an environment that would become her bread and butter some day.

After moving to San Francisco and eventually New York City, the fan and record collector was bitten by the DJ bug - playing small local shows before fellow NYC DJ Andy Butler recruited her into a band that would propel her to international fame.

As a vocalist for Hercules And Love Affair, Foxman would tour the world and make hit records for DFA with names like CocoRosie, Anohni, and of course project founder Butler, alongside a large rotating cast of absurdly talented musicians.

Eventually though, Foxman sought to break out on her own as a producer and DJ - a move that elevated her into renowned rave icon that she is today.

From outstanding releases like 'Creature' and 'It's You That Drives Me Wild' to her residency back home in Brooklyn's Good Room and regular appearances at Berlin's revered Panorama Bar - Kim Ann Foxman has earned a name as one of house music's most brilliant figures at the moment. And naturally, we couldn't resist catching up with her while she was in town.

Here, we discuss her Hawaiian upbringing, her nervousness as a live performer, her return to her rave roots and her exciting new band project coming in 2017.

I’ve never been to Hawaii but I’ve always wanted to. Growing up there, what’s the electronic music scene like?

Growing up there, the electronic scene was really small. Very small. (Laughs) It was really influenced by San Francisco and Los Angeles - we had a lot of Californian DJs come through simply because it was the closest place. It was tiny but it was also really cute because we were all so excited when DJs came, you know?

When did you first start going to raves and stuff?

I actually used to work in a club in high school - an all ages club. I was serving non-alcoholic drinks because I wasn't old enough - so I was making energy drinks and smoothies and stuff. (Laughs) My mom was pretty strict with me going out late, so that was my way to stay out!

A bit of fun trivia that I just learnt was that you were Miss Teen Filipina Hawaii in 1991. How did that happen?

Gosh, my mom forced me. (Laughs) Her and her best friend. My mom always wanted me model - and I never wanted to do that kind of stuff. So she somehow tricked me into entering this contest, and I reluctantly did it. But it was so small - it was totally like a B-side pageant really. It was still mortifying though, I tried so hard not to win. (Laughs)

But you won anyways!

Yeah, I even refused to the talent portion. But it was such a small pageant that I still won. (Laughs) And now I can laugh about it but I was traumatized and embarrassed for many years. I was 13 at the time, and I thought I got away with it since it was such a random pageant. But the next day I went to school and one girl came up to me and told me, "I was there last night!" I was like, "You better not tell anybody!" (Laughs)

I was so upset about it but I've kind of learned to own it by now. I went to my mom's house and found the picture and I thought it was hilarious so I made Christmas cards from it! I sent them to everyone, and now... now I embrace it.

That's so cool. (Laughs) You had a pretty interesting upbringing in Hawaii - but when you eventually moved out to San Francisco and New York - was that when you shifted from a fan and record collector to more of a promoter and DJ?

Yeah! The San Francisco years was when I really started to collect records actually, but I didn't start playing them out until I moved to New York. I had been going out to clubs and raves and stuff, and my friend there was throwing a small party in a bar, so I guess I felt comfortable enough to try DJing there first.

From that tiny bar, I started DJing locally pretty often in New York, several times a week for many years. I've actually been a DJ since way back then, but I guess I didn't have an international status - I was just a local DJ. That's something most people don't know though, because they only started to know me through Hercules.

Speaking of Hercules and Love Affair, how did you meet Andy Butler?

We were actually dating people that were roommates. (Laughs) That was around 2001 I think. And eventually I started working alongside him a lot too because we would DJ out at a lot of the same places, and in the same circles. That was going on for a few years before the Hercules project even started.

When did you join the band and how was the experience like?

The project started officially in 2008 and I was there then until about 2011. It feels shorter though because our touring schedule was heavy and it's easy to lose track of time that way. Also, being a vocalist was a little bit outside my wheelhouse, but I think I grew with it.

What prompted you to leave?

Oh its a lot of different things... bands are complicated. (Laughs) It's all good though because it was a really fun experience, and it totally gave me a platform to do what I'm doing now, which is awesome. It threw me in with the sharks and I just had to deal with it - I had to get over a lot of stuff like stage fright and fear of crowds. So it was good for me, it made me confident.

Of course, there were loads of horrible shows - but those were good learning experiences too. It was an adventure! I do love DJing so much more though. But for me, its not like I won't play live again - I actually have a new band project coming up! But playing live is really hard and its super scary because so many things can go wrong.

You have to travel with gear, and what if it breaks, and so many elements can go wrong. It leaves you feeling pretty stressed out all the time. What if you show up and something doesn't work or they don't have right things at the venue or the sound sucks? Its just tough to maintain a consistent quality with live shows.

Do you get similarly nervous with big DJ shows?

Not really. Or not anymore at least. But with live, I'd be like... not able to breathe before the show. (Laughs) But you know, the second year that I did it with Hercules, I felt a lot more comfortable. But some people will never really get used to it... I'm too shy for a live performer. I didn't even look up during my first show. (Laughs)

Have you ever performed live outside of Hercules?

Oh yeah, I was in a small two-man band in San Francisco, but we weren't very popular - we played like 10 shows before I moved to New York. (Laughs) It was cool though because that was my introduction into electronic music production. I made samples, I had my first drum machine then, so that was like the first step. And when I met Andy, we bonded because I was also working music as a producer. 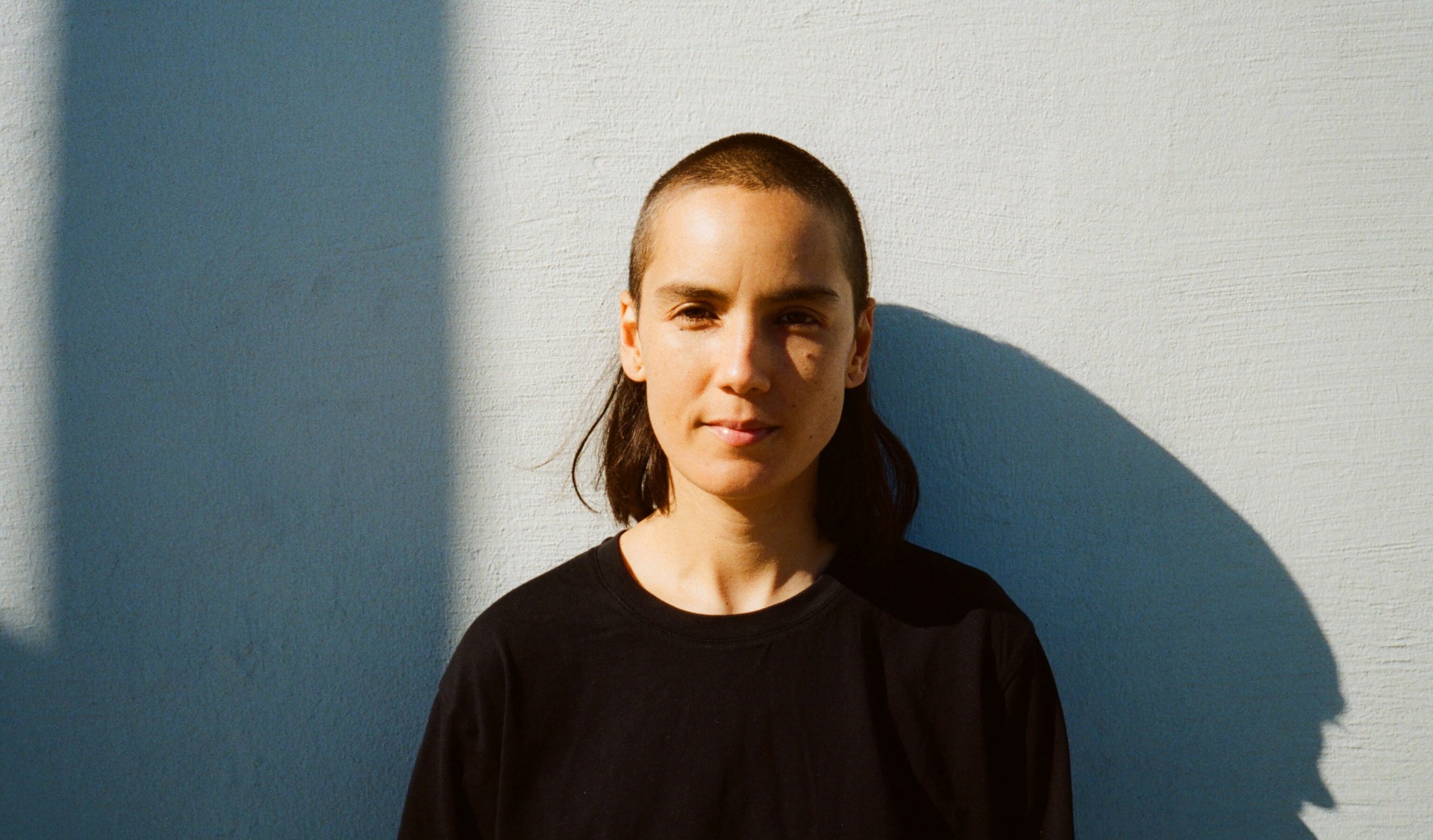 ​"Its not like I won't play live again - I actually have a new band project coming up."

I notice that you use a lot of your voice in your own tracks to when your production career took off. I really like that choice, because it makes your work very distinguishable...

I guess there's a zillion producers but not that many voices, you know? Its nice if you have the balls to do it - and I enjoy it! I don't do it all the time because I obviously enjoy instrumentals too - I only do it sometimes when I feel like it - but I do think that a good vocal can take it to another level if used properly.

Dating back to ‘Creature’ to ‘It’s You That Drives Me Wild’ - how has your approach to music making evolved?

Right now I'm very focused on club-oriented stuff which wasn't always the case. Its going a little bit back to my roots because my tracks are sounding pretty primetime - and that's probably because I've been DJing out so much during primetime. Plus, I'd really love to be able to play my songs out! (Laughs)

I'm going back to my rave roots. I'm not only making stuff that's a little faster, but also stuff that you can inject into a DJ set easily instead of having to slow it down too much. And Firehouse is going to be my main platform to release more DJ and club-oriented music.

Speaking of your label, why create your own imprint instead of relying on other labels to distribute your music?

I was getting really frustrated dealing with other people's schedules because there's such an over saturation. It started out just as a place for me to release stuff when I want. Labels are getting flooded  these days and the wait times are so long, so this way I get to do things on my own terms.

The same way there's so many producers now, which is great - there's also so many labels now too, which is also great! But since there's much more good music music you can find now, there's conversely a lot of not so good stuff. Similarly with these labels, there's a lot of great ones, but also plenty where I'm not sure if they're run very well.

So you run the risk of giving your new music to people who may turn out to just be party kids, and not... serious business people with your best interests in mind. I wanted to start my own label so that I'm responsible for everything, and I have no one to blame but myself.

Going into 2017, what are your plans with Firehouse Recordings?

I have another EP coming out on January 20th! It's actually even deeper into the rave stuff. (Laughs)

As I mentioned, I also have different kind of band project that's going to be out under another label - its still in the studio right and still being written. But we'll have that released in 2017 as well. I don't really like to get boxed in because I like different kinds of music - so while this is still related to what I do now, I think it has a little bit of a broader audience. But its still going to be trippy and weird for sure.