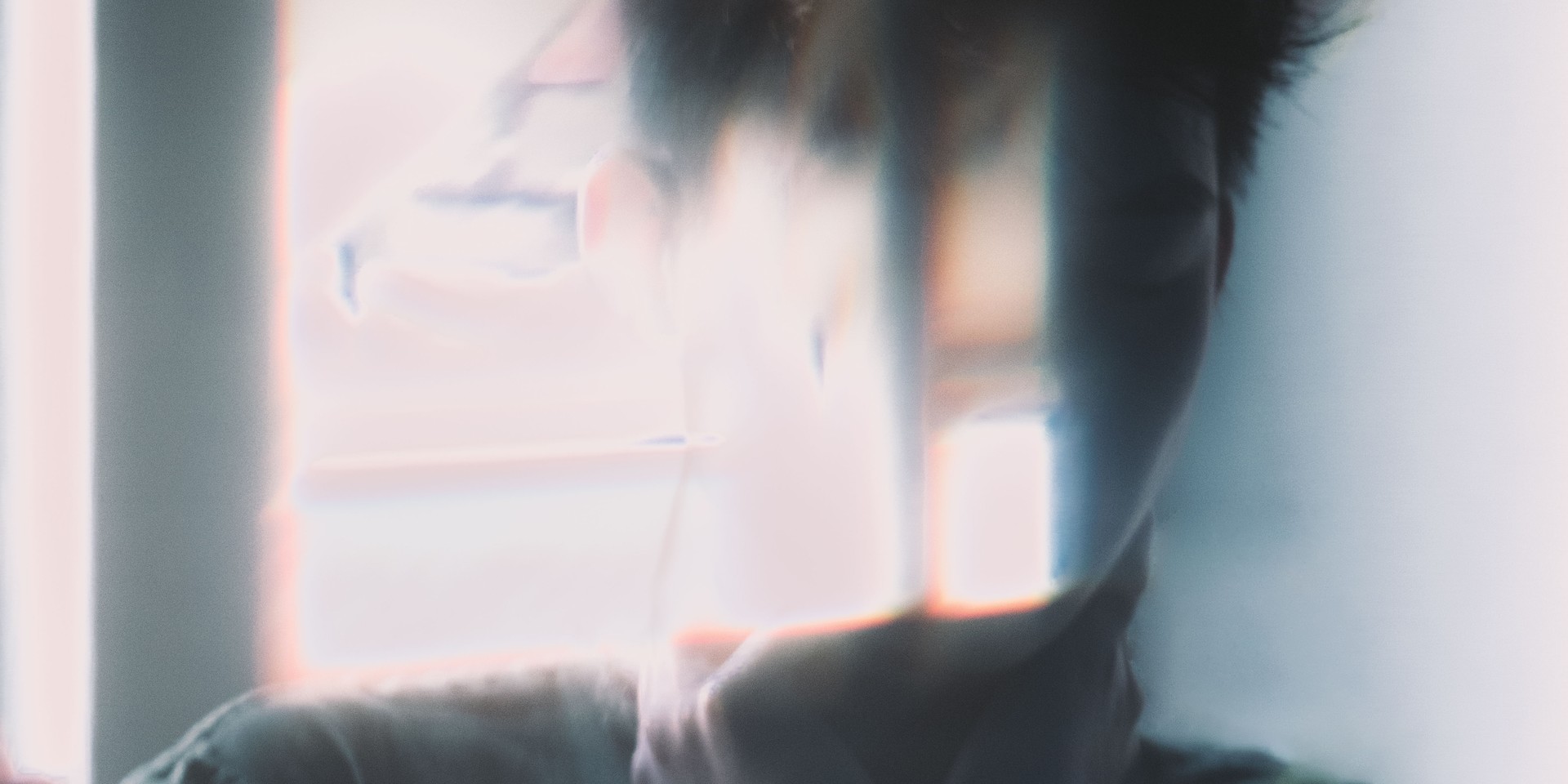 Commune, the debut album by Singaporean producer and musician Kin Leonn invites the interrogation of established definitions: What is music? What is ambient? The ground-up examination of these terms is crucial to understanding the 10-track collection that was released into the ether in 2018 via KITCHEN.LABEL.

But providing answers to those questions is not something that Leonn appears to be concerned with. Commune is a gorgeously crafted ode to how the power of interiority can manifest outwards. If you reduce it to its essence, “music” is a catchall term for aural phenomena that is informed by specific cultural contexts. In that regard, Commune presents recorded sound as an enveloping canvas for the psyche to inscribe with meaning. Absent of emotion, his pieces are staggeringly beautiful. But allow them to navigate the dark back alleys of your consciousness and you’ll feel their emotive gravity.

Next month, he will bring Commune to life at the Esplanade Recital Studio, as part of the Mosaic Music Series, and before that big day, we chat with him about the album and his philosophy of music.

How has Commune aged for you, one year on?

My sonic inclinations have undeniably shifted from a year ago, which I imagine is normal for any producer or electronic artist. I’m constantly encountering new techniques that allow me to present musical concepts in fresher, more distinctive ways (to me, at least). In that sense, I have perhaps left behind some of the sonic palette I used on Commune in search of newer ground. I do still personally appreciate the concept behind Commune though. It was a very intentional effort to create these worlds of mood and emotion, and listening to the record again, I can still pick out all the little decisions I made to achieve this through the layers of each track.

The record is cathartic is and contemplative – it’s a kaleidoscope of sound. Could you take us through where you at emotionally when you were bringing it to life?

To be honest, I rarely approach writing music in a reactive manner, or as an immediate expression of emotion (like a singer-songwriter, for example). Before I began working on Commune, I sat down and came up with a list of track titles, along with descriptions for what I wanted each track to be like – both conceptually and sonically. I guess, it’s a form of emotional planning, like guiding myself into a structured journey of emotion rather than letting my instinct run free. From there, it’s a matter of putting myself into each respective mind frame during the song-writing and production process. It helps to keep the record a little more coherent.

Would you say that not having vocals/lyrics is artistically liberating?

It’s probably more liberating for the listener than the artist. Lyrics tend to drive the song into a specific emotional path and conclusion – something I’m intentionally flirting around the edges of. People have less specific attachments to electronic instruments than they do to voices and words. Personally, I guess, it also does make it easier for me not to have to worry about writing lyrics. But in no way is it a lesser or greater approach to music – it’s just different. One of my favourite ambient artists, Grouper, uses her voice and words in simple but such mood-inducing ways; the voice is naturally such a powerful musical tool but not the only means to an end.

What drew you to ambient music?

To me, the essence of ambient music is world-building – creating places and scenes for listeners to either soak in euphorically or simply use as accompaniment to other activities. In that sense, ambient music is also the art of creating music that can accommodate many levels and modes of listening – a challenge I find wholly interesting. Also, it’s a genre that, to me, is at the forefront of new-sounding music. While mainstream genres are typically more hesitant in accepting “weird” sounds and compositions as musical in nature, the ambient community welcomes such innovation with open arms. Again, it’s more about how ambient composers utilise these elements to create worlds for listeners to live in.

You use the piano in ways that are far removed from its normal context. When did it first occur to you that its sounds could be expanded upon in such a manner?

I think, most people who are into this particular scene begin with the influence of Nils Frahm - an artist who basically began a new era of modern classical music with his style of prepared piano. In the period I wrote Commune, I was addicted to the sound of felted piano strings and exaggerated mechanical piano noises – characteristics present in all of Nils’ works. But I’m definitely trying to find my own footing in this area as well – to discover new ways to present the piano in an interesting fashion.

In your work, the listener can definitely feel the drive towards beauty. What is beauty to you, musically and/or otherwise?

I guess, beauty to me is the vast spectrum of emotion, and not just the broad ones like euphoria or sorrow; I’m talking everything in between as well. In many cases, the emotion we experience as humans can be so nuanced that we sometimes find it difficult to do it justice through the expression of language. Music, however, seems to be this complex entity that we can attach these emotions to, allowing certain sonic scenes to become our emotional signifiers. Based on that, I try to focus all my intention on themes which emphasise the actual conscious experience of emotion, rather than external concepts of beauty, which is mostly a subjective issue. Musically though, I think it usually ends up sounding quite soundtrack-y simply because films have been so culturally significant in presenting this holistic picture of emotion, together with music. So, yes, with regards to how music presents beauty, I’ve taken many of my cues from films.

I love ‘Noumenal’. How did that song come together?

My own personal meaning for the track itself is based on Kant’s philosophy of “noumena”, which refers to any thing in itself, independent of any human perceiving it with their senses. It’s a crazy, big idea that there is an unknowable, indescribable reality which lies behind the “phenomenal” world which humans perceive and experience with their senses – thus creating a limit to the ambitions of the human mind; reminding us that there is always some unknowable property about the phenomena we perceive.

Musically, I intended for 'Noumenal' to be the calmest track of the record, together with 'Nightlight' as a closing sort of peace. I guess, it’s kind of my reaction to the concept; an acceptance of the unknowable leading to a state of tranquility. 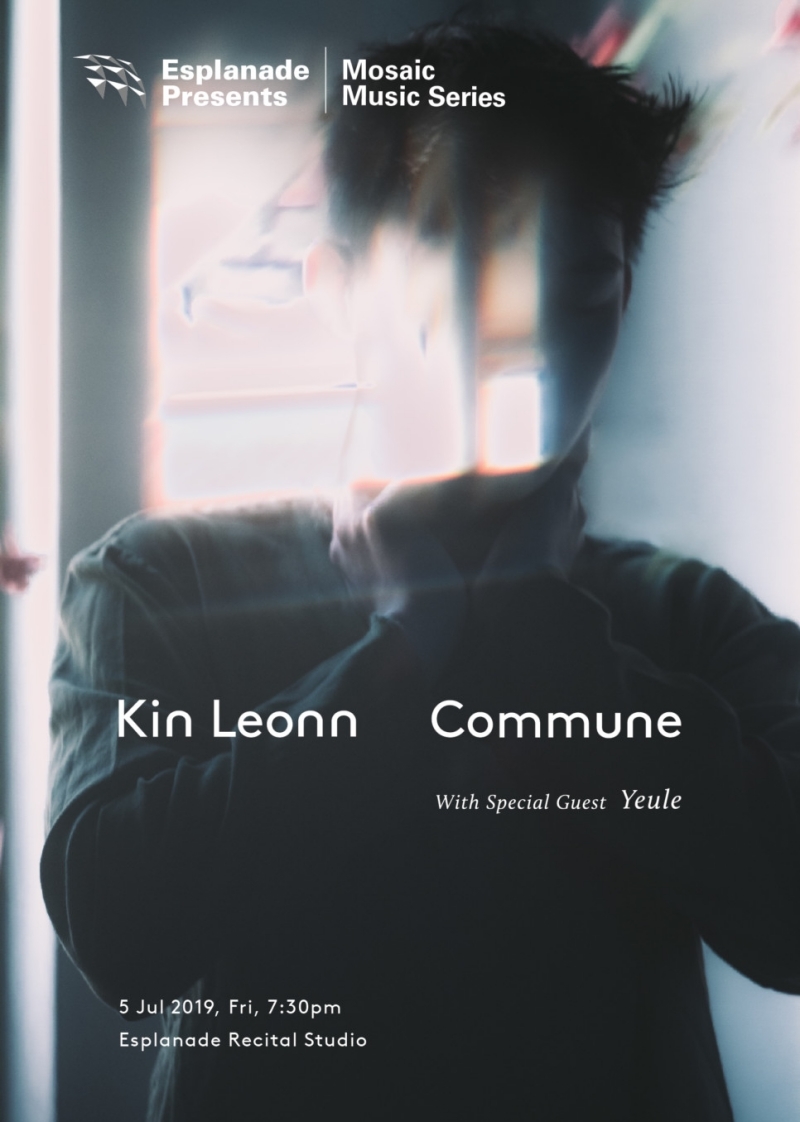 How has London been treating you? Would you say the city lives up to its reputation as a beacon of the arts?

I had a bit of a rough first month settling in, but, beyond that, I’ve honestly had a sensational time so far. London is truly a hub for everything, including whatever niche scene I’m into. I’ve managed to catch all my favourite artists – most of whom will probably never even consider an Asian tour, sadly. You also meet like-minded people on the regular – it’s been nothing short of inspiring.

Lastly, what are you looking forward to the most about bringing Commune to life?

While I generally played Commune quite close to the record last time out, I’m excited to re-flavour some of the tracks with new textures for the Esplanade show, while still maintaining the essential emotional nature of Commune. I’m also trying out different structures set-wise and looking to make everything a little more concise and organised. Of course, there’ll be new, never-heard before material to look forward to as well. I think it’ll be a decent representation of my progress since leaving for London.