Kjwan are considered to be a super group and rock royalty back in The Philippines, with members from other well known bands such as Sandwich's Marc Abaya and Dicta License's Kelley Mangahas.

The band have the accolades to back up those claims as well, with five studio albums under their belt and an extensive collection of awards. Known for their classic hard rock sound, the band have earned themselves a legion of fans who have supported the band throughout their 15-year long career.

Bandwagon had to opportunity to talk to Marc and Kelley ahead of their show in Singapore (their first in more than a decade). Check out what the band had to say about their discography and the future in the complete interview below. 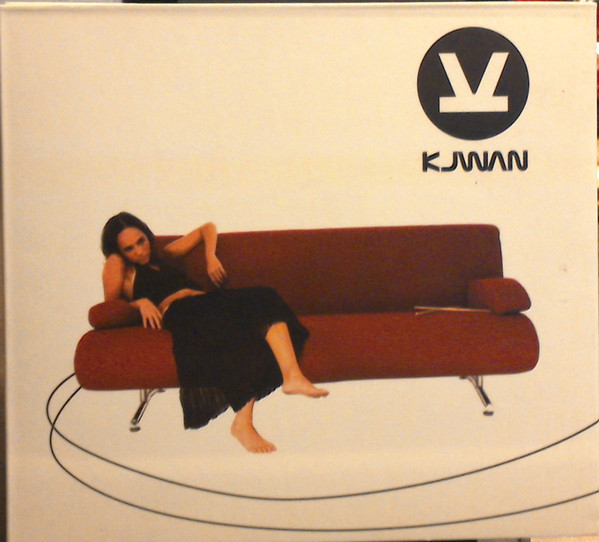 The band’s debut album was released in 2004. What was it like, working and writing with one another for the first time?

Marc: It was raw, spontaneous and irreverent. We were fearless.

Kelley: When Marc first approached us with the idea of Kjwan, he gave us these two songs - 'Daliri' and 'Surface'. Both demos already done on his old 4 track recorder and from the first moment I heard them I was sold on the direction we were heading. From there we worked on the other songs and recorded them over at one of the legendary studios here in Manila called Tracks with Angee Rozul producing it.

The original line-up with Jorel and Jhoo just fit together. We all had different bands at that time, however writing and playing together gave us the chance to really create something none of us have ever done before. It was magical.

The album spawned songs like ‘Daliri’ and ‘Twilight’ which are arguably two of the band’s biggest songs. What was the inspiration behind each?

Marc: 'Daliri' was/is meant to be sexy. The lyrics are and excuse to sing the melody over the riff. Looking back it’s about lady fingers… 'Twilight' is a judgemental love song. 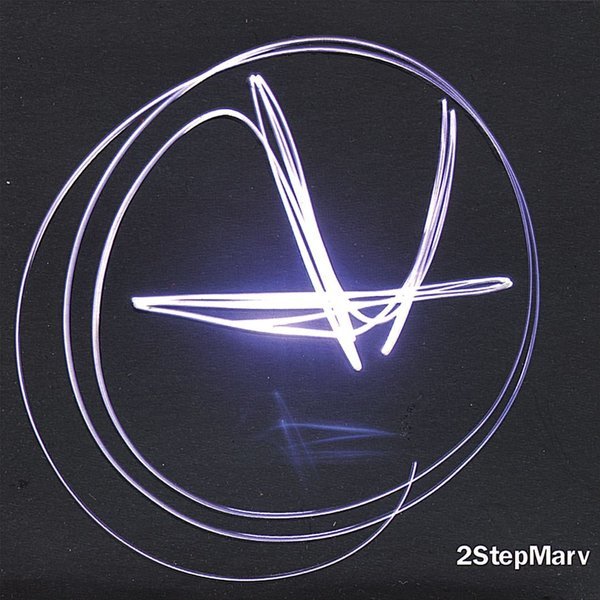 Going back into the studio for the second time, how did the band deal with the pressure of living up to the expectations you had built after such a phenomenal debut album?

Marc: We were more focused. Less friendly to each other. But still… the chemistry was intoxicating.

Kelley: 2StepMarv was when we added Boogie to the mix. Here we started playing around with the dual guitar sound. There were huge expectations, however it was also fun to explore creating music with two of my favorite guitar players. We all wrote the album together, in this dimly lit studio and we definitely got to know each other a whole lot better. It all happened so fast and before we really knew it, we were already performing shows both here in the Philippines and Internationally.

We won the Asean Ikon show in Malaysia that year and performed as well over in Hong Kong, Singapore and Macau for some regional festivals.

We released five singles from 2StepMarv, including One Look which funny enough became one of our biggest hits (it was the last song we recorded for the album).

What did the band do differently for this record as compared to the debut record?

Kelley: We all worked on the arrangement and structure of the songs together for this one. Boogie added up a different layer and style with his guitar playing that gave us whole new dynamic and sound. 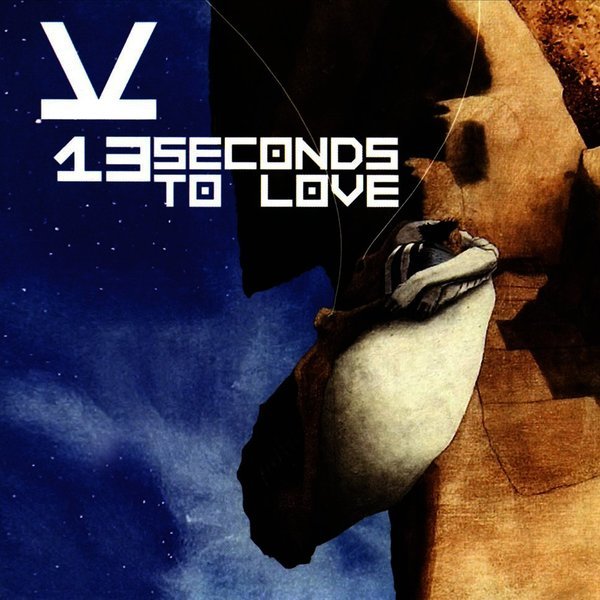 The record was originally released digitally before physical copies were made available a month after the release date. What happened there?

Marc: A good friend told us it was “futuristic” releasing the album that way, via the newest Nokia phone at that time.

Kelley: We were at the point where we wanted to try something new. 13 Seconds to Love was pre-loaded in over 100,000 high end Nokia phones and was released 5 months before the physical album came out. Nokia and Pulp Magazine also threw us a wicked album launch and gave us the opportunity to reach a whole new audience with our music. You can say, we were the first band to try such a thing.

You were told by a Malaysian DJ/producer that 13 seconds is all it takes to know if a song will be a hit. How much did that resonate with the band for it to be used in part of the album’s title?

Marc: It was a joke for me… i’m not sure about the rest of the guys.

Kelley: It was an observation that was given to us by one of these record producers in Malaysia, during the time we were writing material for the album. We took the 13 seconds part and connected it with Love. We’ve always had a history of weird album titles that actually came from inside jokes. 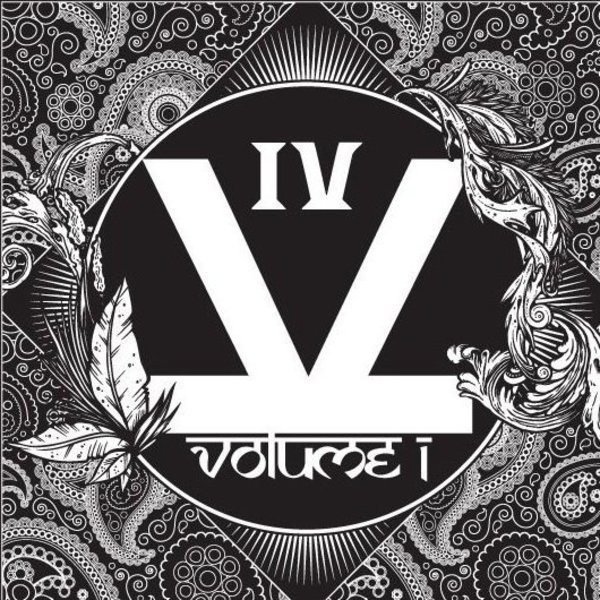 What was behind the decision to make these releases shorter and a series?

Marc: We were a new band with the loss of Jhoon and Jorel. We were pressed for time. We also wanted to focus more of our energies on less songs.

Kelley: We wanted to release our fourth album in three parts. Three unique EPs that were all to be released digitally. We were independent and we wanted to try something different.

We were a new band with Jorel moving to the US and Jhoon heading back to Hong Kong. We got Inky and Eo to come in and join the three of us. The biggest changes during the Kjwan 4 days was now Marc moved over to playing guitar on the album and the addition of keys and synths to our sound though Inky. Eo also had an amazing feel for the music and it was great getting used to play with him. We did 13 Seconds to Love and Kjwan 4 (Volume 1 & 2) with Pat Jalbuena of Kerplunk Studios. He was also just as much part of the whole process, which was definitely something new for us.

How do you think the band has grown over the course of the past 15 years? What’s next for Kjwan?

Marc: We are older… and more accustomed to each other.

Kelley: We know each other better and we’re still continuously trying to figure out where we want to take this. Looking back, it’s actually amazing to still be performing and playing with some of my best friends. There will always be ups and downs, however as long as we continue to put goals for us to reach, we will be fine.

We are very excited to be performing back in Singapore this June 30th. The last time we played here was during the 2007 edition of the Baybeats Music Festival. Right after Singapore we will be performing over in Dubai this July 5th and 6th and we are working on a couple of shows in the US sometime this November. We are also launching our new 2018 merchandise this July 19th back in the Philippines.

We also have a couple of songs we haven’t recorded yet, so we hope people can get to hear them soon. We’re celebrating 15 years together this year… damn, what a ride.

Kjwan is set to perform at Hero's bar on Saturday, 30 June from 6:30 to 10pm. Tickets are on sale now, with Early Bird tickets going for S$30. Standard tickets will cost $35 and VIP tickets are available for $50. VIP tickets include reserved seating and meet & greet with the band. Get your tickets here. 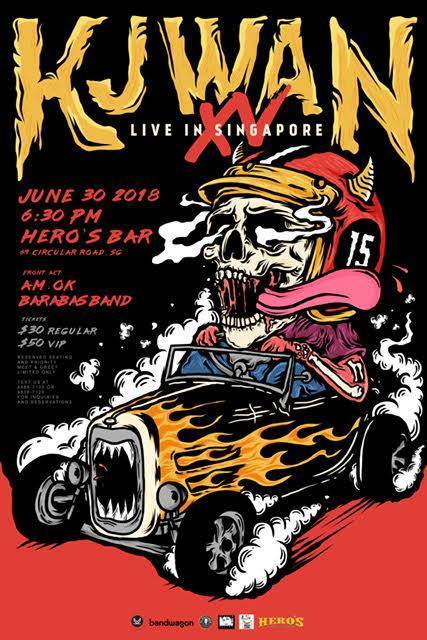