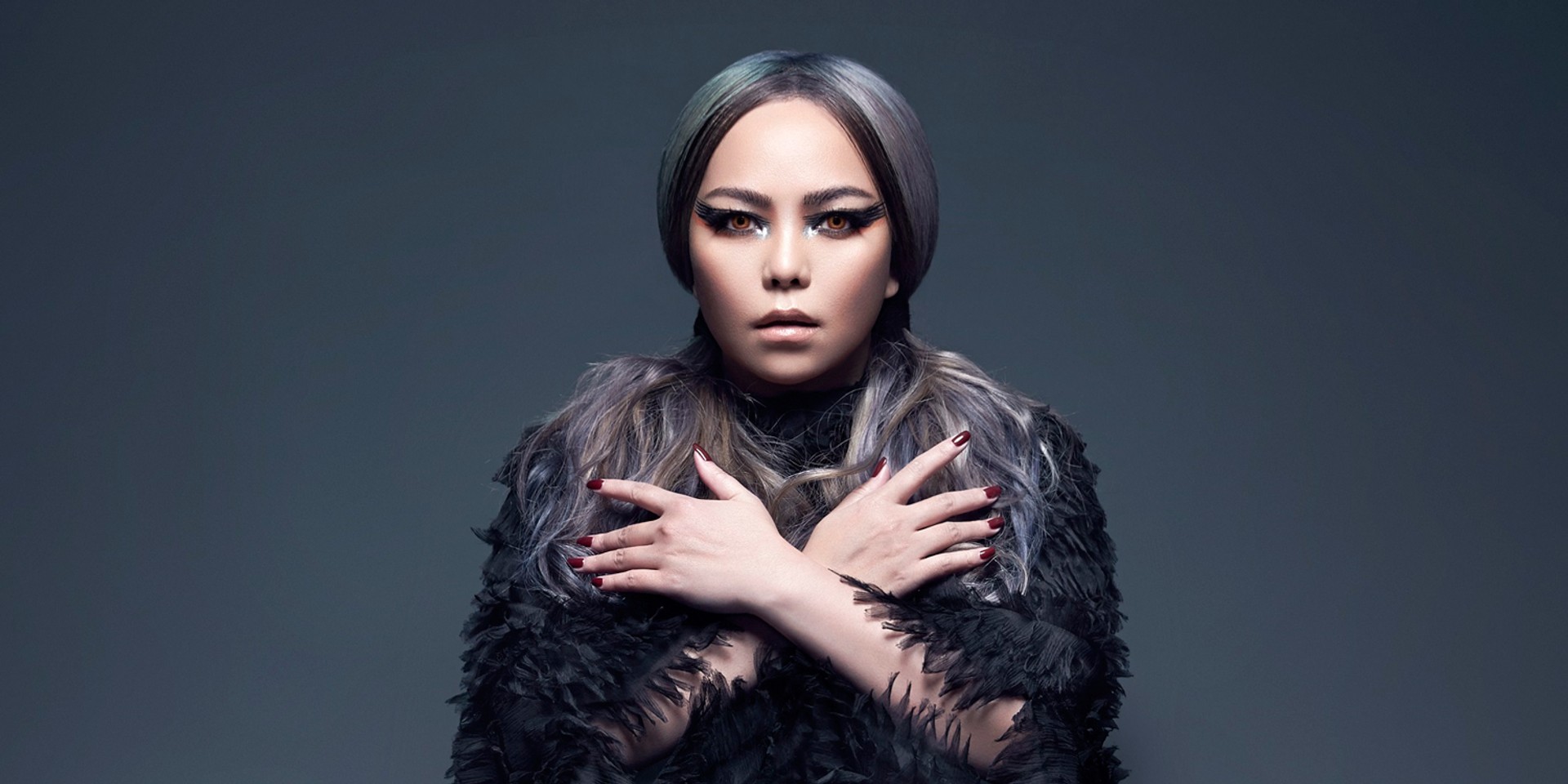 After the launch of her latest album Story Thief on 12 December, the “Queen of Mandopop” A-Mei saw two of her new songs, 'Story Thief' and 'Full Name', quickly — and unsurprisingly — rise up the charts of music streaming service KKBOX.

Last Wednesday, the singer took some time to talk to fans through an interactive podcast on the platform to share bits of trivia about the new album.

This is KKBOX’s latest function “Listen With - Listen to Me”, which allows music artists to speak directly to their fans and answer any questions they may have.

“We already had the ‘Listen With’ function for a long time, where artistes communicate with listeners via text. What’s different with ‘Listen to Me’ is that the artiste can talk to them directly through audio,” said Mr. Andrew Ho, Southeast Asia managing director for KKBOX.

“Listen With” has been a popular gig for Mandopop artists with new releases. With the introduction of “Listen to Me”, they can now engage their fans on a more personal level, offering them intimate access to the creative process.

This is just one of the many strategies that KKBOX has to promote Chinese music to the region.

The company was formed in October 2004 in Taiwan, and finally reached the shores of Singapore and Malaysia in 2013. In its five years in Southeast Asia, KKBOX’s efforts have not gone unnoticed.

“Our platform has over 40 million songs, making it as extensive as most other music streaming services, but we have a significant advantage in Chinese music. With greater accessibility to Chinese artistes, we can link them up with our users through these engagements, and let our users know these artistes and their music better,” chief operations offer Josephine Cheng told Bandwagon.

“I believe that users today do not just look to listen to music, and are seeking the full experience.”

Building on the capabilities of “Listen to Me”, KKBOX is also considering adding a vlog element to the function in the future, so users can directly see their idols during the conversation.

Aside from these functions, the platform also tracks data showing the listening habits of their users to better understand artist popularity in different areas, opening up ideas for potential concerts. In the past two years, KKBOX has made good use of this by inviting singers Bii and William Wei to perform in Singapore. These concerts have proved to be popular among fans.

“What we want to do is the help an artiste who may not be very popular in a region become popular, and step out of Taiwan or whatever region they are from. We also wish to bring out a new generation of artistes through this,” said Mr. Ho.

“If everyone can sell tickets like Jacky Cheung or Ed Sheeran, there will be no need for KKBOX.”

The collection of big data is also an important aspect for KKBOX in order to provide more personalised recommendations to users. As with most music streaming services, KKBOX provides a “Daily Discovery” playlist for users, which is based on songs they have listened to recently.

“K-pop has been growing rapidly over the past few years, while EDM is also very popular in some countries in Asia. Music and artistes from Mainland China, such as Joker Xue, are also becoming mainstream, especially this year,” said Ms. Catherine Chien, vice-president for marketing and content strategy.

Another observation is that users rarely listen to full albums now, and would rather listen to playlists they have compiled which consists of handpicked songs that they enjoy.

KKBOX also unveiled the statistics of listeners in Singapore. In the first 11 months of 2017, the three most popular Mandopop songs were 'Actor' by Joker Xue, 'How Have You Been?' by Eric Chou, and 'Confession Balloon' by Jay Chou. Interestingly, all three songs were not released in 2017.

Similarly, despite not releasing any albums this year, stars like Mayday, Jay Chou and JJ Lin all feature among the most popular artists of the year.

Statistics also show that Singaporeans spend a lot of time listening to music, with the top 25 percent of listeners spending an average of 206 minutes a day on the platform, equivalent to 75.3 songs.

KKBOX will continue to work on the music app in the forthcoming year, and 2018 will be kicked off by the annual KKBOX Music Awards, held on January 20th at Kaohsiung Arena. With attendees as star-studded as Eason Chan, R-Chord, Namewee, Crowd Lu and Nick Chou, it's a clear indicator of KKBOX's impeccable growth as a bastion for Mandopop music distribution. As the company continues to work on the app for users all over Asia, it might just find solid ground within a fluctuating music industry.

The 13th KKBOX Music Awards will be held on 20 January at the Kaohsiung Arena. The awards will be broadcasted live on Mediacorp’s Channel U, Toggle and Yes 933 on 20 Jan at 7pm.