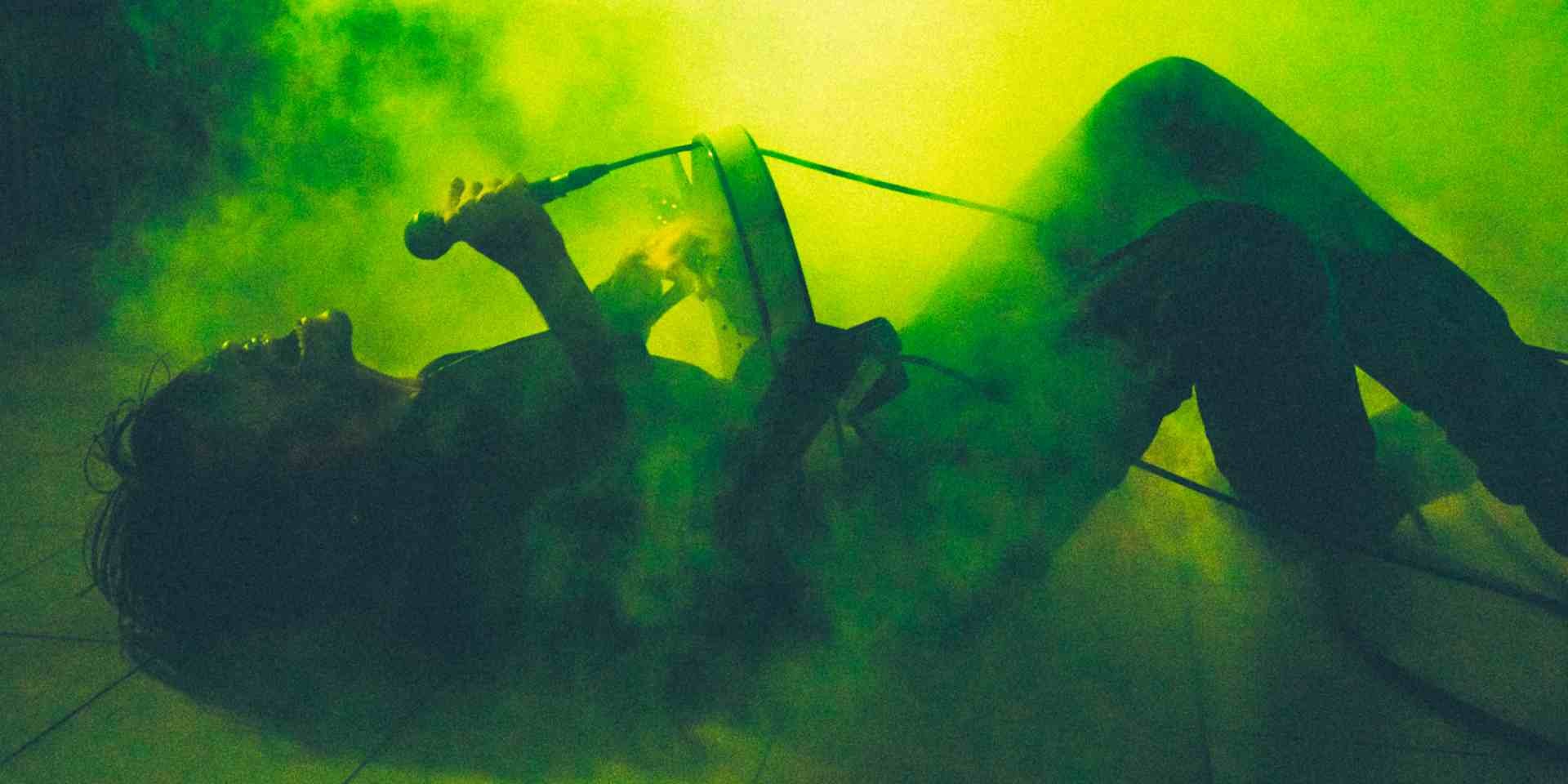 “Rock music” never used to be a loose term – but it is now. That’s why the existence of a band like Knightingale feels like cosmic justice.

The Singaporean trio of frontman-guitarist Ashwin, guitarist Ben Ho and drummer Rajiv traffic in a thunderously unapologetic, capital R rock that goes from 1000 to 10 000 in the blink of a eye. Seeing no need for a bass player, the band harnesses groove from the sheer power of its rhythm. In 2016, when the band emerged with its debut album God Damn Youth, it proved that its endeavour wasn’t another disingenuous exercise in tacky revivalism but a heart-on-sleeve commitment to making lovingly wayward music as loud as it could simply because it had to.

As their band stands on cusp of new releases as well as its upcoming performance at the WHABBY! Music Carnival, we check in on Ashwin, Ben and Rajiv for insight into their moves below.

How do you feel about playing your first major show at the WHABBY! Music Carnival since Baybeats last year?

Jiv: Awesome, man! WHABBY! is super supportive of so many bands, and we're really grateful that they called us down and got us to play for them. They’re a great bunch of people, too – Mike, Rachel, and the rest. We're honoured to play for them.

Ashwin: Also, they kind of push themselves out more like a social marketing platform – not many communities do that. They're very open and put their ears to the ground and see what they like, what's different and what’s at the forefront. For them to do this and create a live environment in Singapore, is pretty cool. So we are very stoked and excited. It's also a big thing for us because it's happening at a time when we're working on a lot of new material, so the hype is there. I'm really excited.

Ben: It's quite interesting because we haven't been on stage for a while. I really miss jumping around the stage. I've been playing for other bands as well, but it's been a while since I played for Knightingale, so it's really special. It kind of feels like a comeback show! [laughs]

It's also known that you are now signed to a UK label, Painted Halo Records. Take us through how that happened.

Ashwin: It's like an indie label run by this one guy. I submitted our music to many labels, but only this one guy was invested in our stuff. He wanted to jump in and take the risk by supporting us. So we were discussing the stuff we needed to do, and he did up a six-month game plan for us to record around five songs, where he also managed to pump in money for a music video, which is something we've never tried before.

He'll message me frequently asking me how it's going and such. His end of the deal is that he will push our music over there, in the UK. For him to trust us all the way from, like, over ten thousand miles, really shows how committed he is to us.

Jiv: Basically, he's catapulting our music into the infrastructure that is the UK scene. 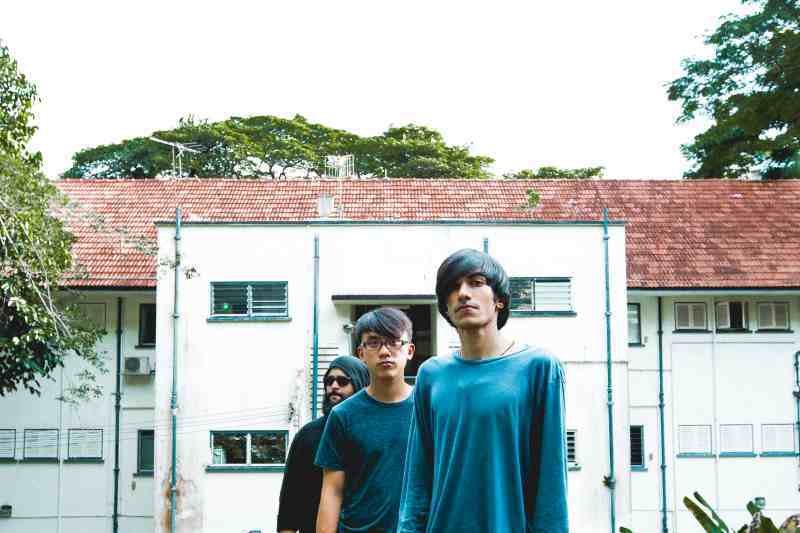 What do people need to know about your upcoming releases?

Ashwin: We recorded the new stuff in Malaysia, and it's a completely new production style. We're still keeping the same formula; it's still pretty catchy. But, we're trying a lot of new stuff, with the guitars, the vocals and the drums. It's very dynamic and high-energy.

Ben: You can hear the acoustic guitar as well, which is something we've never done before.

Jiv: I guess one of the biggest changes was the drums – we used an actual drum kit. Last time, drums were tracked in the bedroom. Now, it's in the studio. We spent about three hours just experimenting how we can get the best sound. Every great rock recording starts with a great drum sound. If you don't get a great drum sound, everything else is not going to be able to cling onto those roots. You can't think of bearing fruit when you don't have strong roots, right?

How was it recording in Malaysia?

Ben: We did this KL tour late last year with Faux Pas. During that time, we also went to record the drums and guitars. We asked our friends from Kyoto Protocol if they knew anywhere we could record, they recommended this studio in Ampang to us which had a rate of, like, S$20 per hour.

Ashwin: We want to give props to the engineer, Hafiz from Greenhouse Studio. We've worked with him before and now we are working with him again.

Jiv: This is the second time we're seeing him. The first time when we went there, he was a bit skeptical. When we were setting up, there was no smile on his face. Then he got us to try to play one song to check, and he went into the control room. After we played that one song, he came into the room and he was, like, "Guys! You guys sound fucking amazing, man!"

His face just changed and was like, "Ya, guys let's do live recording! Don't do layers!" – he was so enthusiastic. The quality put into the process of recording was amazing. I've never experienced the type of patience he has in getting sound right, everything down to the most minute details.

And you have no idea how strong a history this place has – the list of bands that have recorded there is amazing! So, we are honoured to record there.

Ben: What's interesting to me was that he was very attentive to the details. He knew specifically what kind sound that we want, which was great.

Basically, I was supposed to record guitars from ten in the morning all the way to nine in the evening. Then we played a show, and afterwards I went back to track more guitars. In my mind I was like, "What the fuck!" – I had a photoshoot, played for Faux Pas and Knightingale, came back to record, played the show, and then I came back to record again. I thought I was going to fucking die!

On the cab ride back to the studio from the show, I slept all the way. Throughout the recording, I was falling asleep and they had to wake me up – they probably have a lot of videos of me like that. [laughs]

When will the new music be out?

Ashwin: The single and music video will be out together on 26 June. It's called 'Skate and Destroy'. For now, we are just putting out singles. We want each song to have its time and day to shine – we don't want to have a bunch of things going on and have some stuff be overlooked.

Ben: I think that's what we learnt from God Damn Youth. We recorded this whole, nice album, but people only know 'Demons' and 'Habringer'.

Jiv: This new approach we are taking is more suited to this time. Psychology has already proven that people now only have the attention span to watch 15 seconds of a video. That's why Instagram only allows people to put up short videos – people can watch it without getting bored.

With that being said, singles now are doing a lot better than EPs or full-length albums. One or two tracks will be listened to a lot, the rest will be somewhat forgotten. But if we put out these songs one-by-one, by the time we play a show, people will know them and be able to sing along. It's just about finding a formula that works in 2019. 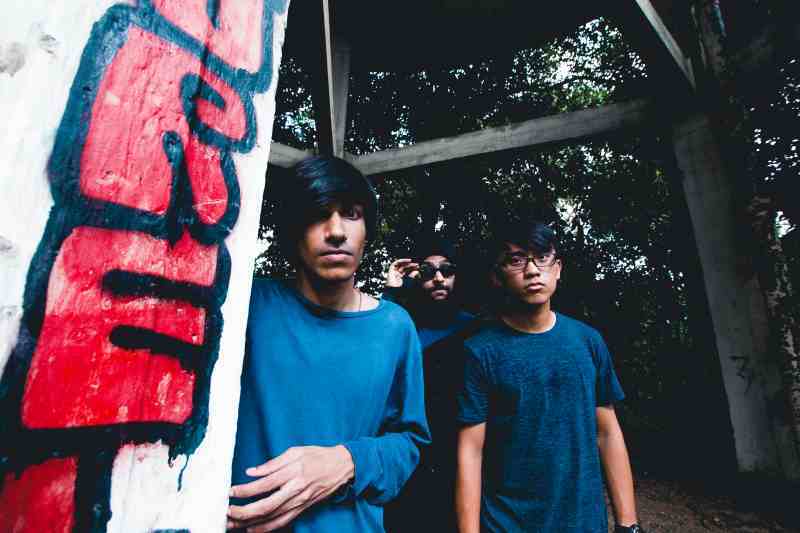 Finally, what keeps you inspired and going as a band?

Ben: One thing that really keeps us going is the fact that we are the among last few rock bands in Singapore. Yeah, there are a lot of math rock and dream-pop bands now – I mean,  I like them too but there are too many.

We just want to keep that alive still. You don't want to let all this die and let the efforts of all the people who previously did this die. Not many are playing rock music like we do anymore, so we just want to stay true and keep playing.

Jiv: For me, I can sum it up in sections. Firstly, it's the discipline. We meet up, talk about the sound and stuff; we keep things going and keep things consistent. We go for the jam sessions and make sure we get all the songs down, make sure we know every single part. We practice over and over – clocking in the hours.

Secondly, it's the sound. The whole setup of guitar-drums-bass seems like it's getting smaller. Sales of guitars are going down – big brands that make instruments are suffering. You can tell that the new generation are slowly going into electronic music more than anything.

Jiv: We are just grateful that the inspiration basically comes from within, as compared to coming from an external source. If you're always going to depend on something else to push you, and if that doesn't come by, you'll slowly start to lose a sense of who you are. The inspiration for us is inside – You know you love this sound, you know that when you meet the band that it's your joy. We just love doing this.

The WHABBY! Music Carnival 2019 will be held on Saturday, 22 June, at *SCAPE Playspace. Admission is free. Sign up here.