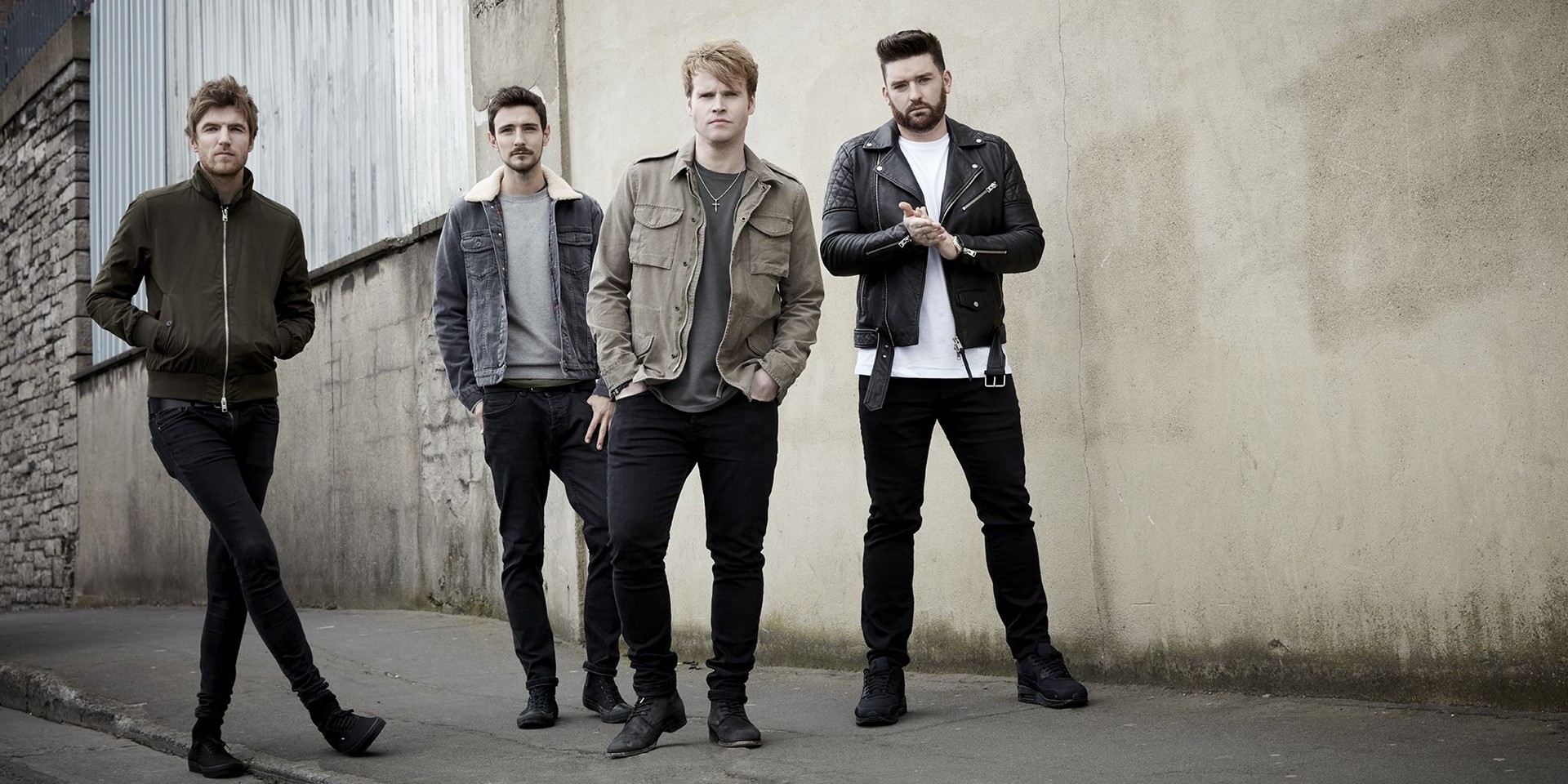 Since Kodaline's debut album In A Perfect World, which holds two of the band’s most beloved songs to date, fans have embraced the band’s mellow, folk-rock approach that made the band’s discography a source of solace for the disheartened. That sound was overshadowed in the band's 2018 album, Politics of Living, which traded melancholy for a more upbeat and dancey vibe.

Now, the band has returned with it's signature folk-rock sound on its latest single, 'Wherever You Are'. The track finds the band embracing the emotion-packed and immediately anthemic songwriting that has become a hallmark of their biggest hits, and was produced and written by the band themselves.

Below, we speak to bassist Jason Boland about 'Wherever You Are', the band's upcoming album, its Asian fan base and more. Check out the compete interview below.

Hey Jason, thank you for taking the time to chat. How are you?

"I'm good, I'm great, actually. The weather here's an absolute storm. We've been stuck inside, kind of, for the last two days. The winds are really picking up, but it's good for us to just work on music (laughs)."

The band will be performing in Thailand in a couple of weeks. Tell us how you’re feeling about that show?

"Absolutely incredible. Last year, we had our first proper Asia tour, and the amount of people that came out to see us made us realise that there's all these people on the other side of the world from where we're from that have been waiting to see us perform. We jump at every chance we get to head back to that side of the world. Our first show in Thailand was to about 10,000 people, and this one's going to be even bigger, so we're really excited."

The band just put out a new single, ‘Wherever You Are'. What’s the story behind the song?

"On this album, we're going back to basics. We've really gone back to how it all started, just the four of us in a room and writing songs that really mean something to us emotionally. That's how the first record was written, there was never really anyone else involved. 'Wherever You Are' in particular, is about being on the road and having loved ones back at home, and never getting to see them because of how hectic our schedules are. That's something that we all understand at this stage in our careers.

For those of us who are married, our wives have been with us since we were children, and they understand how important the band is to us. But it's also difficult when you have a life at home, but also a life on the road. That's what the song's about, but I think for people who aren't in bands, and aren't constantly travelling, it's about missing somebody and saying you'll be there for them no matter what."

You guys are currently working on a new record. How’s the songwriting process along?

"It's been amazing. We have a rehearsal space out in Dublin, and we've spent the last year locked in there. I've produced for other musicians since I was 16, so it made sense that we'd do this record by ourselves. So we put all of our gear in one room and spent pretty much the whole year writing material that excites us. The only songs that get out now, are the ones that we all really love. It's been a really great process."

You mentioned that you've produced for other musicians. I'm certain you're a lot more critical with your own work. How do you navigate that when you're working with band members?

"We've always been our harshest critics. No matter what we've worked on, it has to get through the four of us, before it can be a Kodaline song. Every member has to love it. As much as we're all our own person, and we have our own ideas and tastes, it has to fit the group, as a whole.

I'm usually more worried about the engineering, and making sure the arrangements work. Mark and Steve will really want the melodies to be perfect. We all have our own specialties, and that helps us to ensure that no one gets stuck on something. It's been very democratic, and has led to understanding each other better too."

What’re some things the band did for its past albums, that you’re steering clear of for this album writing process?

"I don't think there's anything we'd necessarily steer clear of, because we're always changing and learning as artists. We've been incredibly lucky to work with some amazing musicians and producers over the course of our previous albums, and the one thing that really holds true to us, is that the song is key.

As long as we can get the song right, it doesn't really matter what you do to it after. As a producer now, that's a little hard to admit sometimes, but if you can get a song right with just vocals and an acoustic guitar, then it'll work forever. Right now, we're just trying to bring it all back to where we started, before we could afford synthesizers and drum machines and all that kind of stuff."

On Spotify, most of your streams come from Jakarta, Indonesia. How do you feel about that?

"It's bizarre. For a point of time, most of our Spotify listeners came from South America, and that was a place we had never been, at the time. Now, since we've gone to Asia, Jakarta has taken over the top spot. I think part of that has to do with a series of acoustic videos we did around the world, one of which, was shot in Jakarta. People have reacted to those really well."

After being a band for so long, what still gets you excited about releasing music?

"Everything, honestly. The fact that we don't have to go in to an office every day, we're forever grateful. This is the best job in the world, and it's not one that you ever really get tired of. Writing, recording, and releasing music over the world is one of the greatest experiences that life can offer. Every gig is completely different and something completely unexpected can happen, and it keeps you on your toes."

Do you still get nervous before shows?

"I don't get necessarily get nervous, I get very excited, actually. I really do love performing, it's probably my favourite part of the job. As much as I love writing music, there's nothing quite like performing live. You get to see people's reactions to what you've made. Seeing the crowd sing back to you is one of the best feelings in the world. I don't think we'll ever get bored of that. "How did we get here?" is what we say more than anything else.

Apart from the new single, what can fans expect from the upcoming album?

"I think with all Kodaline albums, we've been a little bit schizophrenic. Our style changes from song to song, and that's part of our philosophy, where the song is key. We've really gone back to basics with this album. There are some folk songs, some rock songs – which a lot of the first album was – and one or two pop songs, but it's a lot less electronic than the more recent albums we've put out. It's much more emotional."