10cm is known for his soulful music, and penning the theme songs for hit Korean dramas like 2017's Goblin, and 2019's Hotel del Luna. 10cm began as a duo in 2010, before guitarist Yoon Cheol-Jong left the group. Kwon Jung-Yeol decided to keep the 10cm name as he continued with the solo project.

10cm will be making his debut in Singapore at the Esplanade Annexe Studio on 18 November, organised by Mode Entertainment. 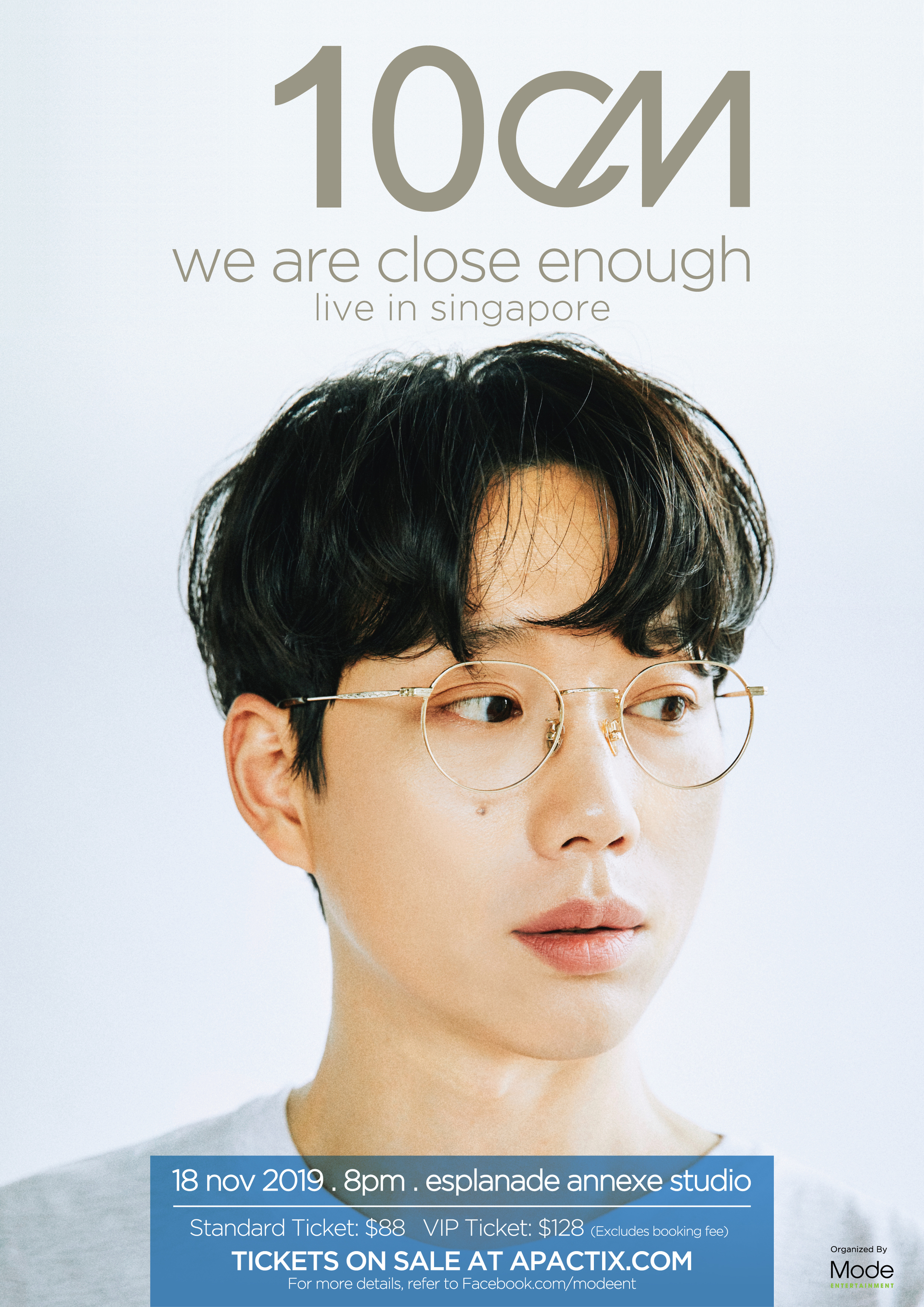