Fact: Rainn Wilson (Dwight Schrute from The Office) hashtags them frequently, and we honestly can't wait to see them. For people who make loud noises, it was pretty easy conversation-making with Brian King of Japandroids. Find out how he heard about Singapore, get some very good insight into today's music industry and also how to start a band (and hang in there).

What are you up to these days?

We just finished a very, very long tour. In the fall of last year, through August and September, we toured Europe and then November and December we toured through Canada and United States. So now we’re just home for a few weeks, resting and recovering from that tour. In about a week and a half, we leave for Asia.

Tight schedule! So looking forward to Laneway and Asia/Australia?

So what have you heard about Singapore so far?

Only the little bits we know from the movies…

We’re not in that many movies!

No, we don’t know much about it but we’re really looking forward to it.

So how did Japandroids start out, or restart, seeing that you guys actually broke up before the first album, Post-Nothing?

We started the band just like how any other people would start a band. Same hometown, something we just did for fun, playing on the weekends and at night. After a few years of being just a local band in Vancouver, it kinda seemed like we weren’t gonna get anywhere further than that. We had just recorded this first album, Post-Nothing but there was no interest for any labels to release it and we didn’t really have any help. So we thought, we’re just going to release it ourselves and after that move on and start other bands or do something else. It just so happened that around that time, the album made its way around the Internet and people started writing about it and then everything kinda happened from there.

Yeah, at that time one of the songs, ‘Young Hearts Spark Fire’ from our first album was posted on Pitchfork and at that time we had basically broken up. We stopped practicising together, we didn’t have any shows… and hopes in the future – we were basically not a band anymore. And then that happened and all of these people started hearing about the band and decided that we should kinda get back together and see what would happen and that was many years ago now, we managed to stay together! 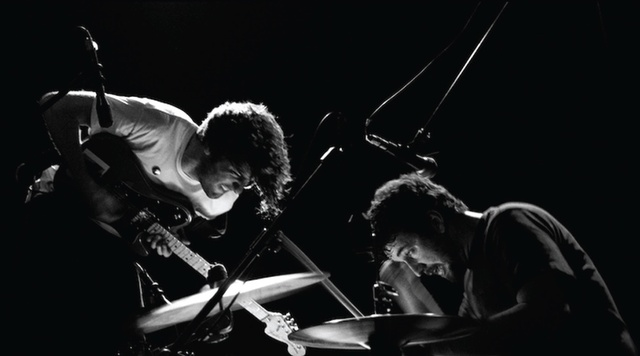 Has it always been the plan to be a two-man outfit?

No, not always! In fact in the beginning we never really wanted to be just two people. It was more like we started playing together and we thought eventually we will find more people to play with. We always thought we’d be a more three, four, maybe five-person band and we were just the first two. But we never found anyone else to play with that was interested in playing exactly what we wanted to play and after a while, we just got kinda bored and restless of waiting to find someone else that we started coming up with a sound that was just the two of us.

Do you have similar tastes/direction in music or different influences?

Well there’s a lot of music that I listen to that Dave doesn’t listen to and there’s lots of music that Dave listens to that I don’t listen but we have enough bands that we both really like to kinda be able to play together so if you wanted to start a band with a friend of yours, chances are you’re not going to like exactly the same kind of music but if you have ten bands that you both really love, then you say ‘well okay let’s base our band around these ten bands and the kind of sound that they have.’ So at that time, me and Dave were really into these ten bands and we were both like ‘that’s enough in common to start our own band’. Even if he kinda has different music on his iPod.

Did the pressure and expectations after Post-Nothing lead to the long period between the first album and Celebration Rock?

It’s not like we actually took three years to do it, it’s because the nature of the music business has changed a lot since the old days where bands would release an album each year. For example, we toured on Post-Nothing for basically two whole years because the album was very successful so in those two years it’s not like we were not working on new material or being lazy or that it was hard to work on new stuff. We were very busy touring the whole time and so it wasn’t until we finished that touring that we came home and started working on a new album and it took another year to write and record the album.

Touring is becoming more important for bands because that’s where bands make their money now. People don’t buy albums the way that they used to. If you think about the other really popular indie rock bands, like Arcade Fire or Yeah Yeah Yeahs, those bands also take three years in between their albums. Both those bands have about three albums and they’ve been together for over ten years, because every time an album becomes successful, you have to tour on that for a very long time to make a lot of money in order to continue being in a band. That idea of putting out a record every year and touring very little like bands in the 60s, 70s, 80s and even the 90s is shifting towards putting out records less often and touring more.

Post-Nothing and Celebration Rock both have a very distinct sound - would you agree that this ‘loudness’ is the Japandroids sound? 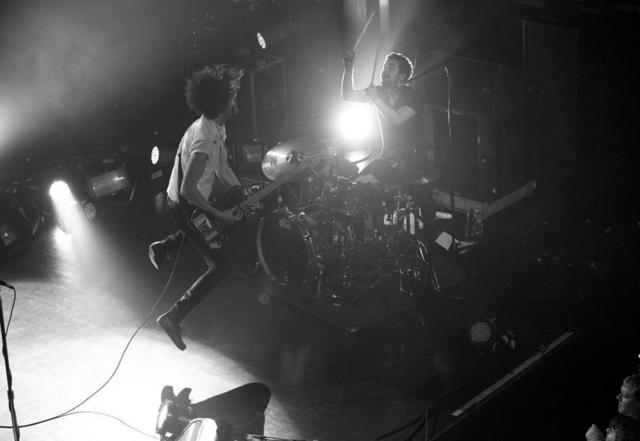 We’ve always considered ourselves as a live band and we wanted to capture the energy of when we’re playing a really good show. So what we’re doing in the studio is essentially trying to record a really good live album. So we’ve taken the approach with both albums. Hopefully we’re getting better!

We read that you guys enjoy touring, what about it do you like the most?

Well, I mean your job is to travel the world and playing music for people – it’s not that difficult to see why that’s not a really great job! I have seen a lot more of the world than my friends whom I grew up with will see their whole lives. We really enjoy the traveling aspect of the job and when you combine our love for travel and our love of playing music, it is kinda the perfect job. You don’t make a lot of money – at least we don’t – but you make it up with the experiences.

Who are some of the other bands you have toured with so far?

We’ve toured with many, many bands, A Place To Bury Strangers from New York, Health, Surfer Blood, British band Yuck. We really, really enjoyed touring with A Place To Bury Strnagers because they took us on tour with them early in our touring career, like when we first started. We learnt a lot, they were more popular than us then and it was sort of like going to school. Touring school. Every night we would play and then we would watch them play and we learnt a lot on how to be a live band from them. 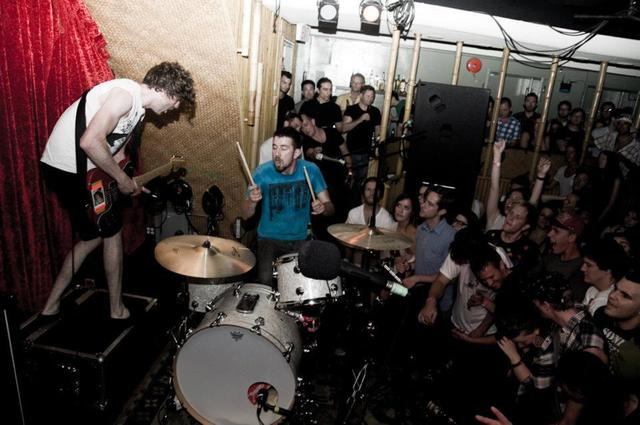 Do you prefer playing small shows or big festivals?

I like playing a mixture of both because each show has something special. I enjoyed playing small shows when we first started even though it’s usually in a small room, and it’s kinda hot but there’s a certain energy that happens in those small shows that you can’t possibly have when you’re on a big festival stage. But the more festivals I played, the more I learned to appreciate certain things about those big shows and there’s an energy from the thousands and thousands of people. Our best sort of tours is when we play a mixture of both – where we play a bunch of small shows and then we play a big festival on the weekend, it keeps things really interesting.

To wrap up, what’s next for Japandroids after Laneway?

We’re going to do a little bit more touring on this album, and through the spring and the summer, we’re going to be playing a lot more festivals. And then after summer, the touring for this record will be over and we’ll be working on another record.

We’re really excited to see Japandroids, what can we expect?

Because at festivals you generally have less time, you have to cramp all of the songs and all of the energy of an hour and a half of a full show in half the time so it’s going to be very fast, and very energetic – it’s going to be BAM BAM BAM, we’re going to totally exhaust ourselves!