Words by Various Writers
Photography by Ahmad Dinie Farid
Post festival syndrome affects 98% of the people who went for the Laneway Festival Singapore 2013 at the futuristic and um, lovely Gardens By The Bay. If you are still playing music from your playlist(s) Laneway 2013/Laneway Homework/Laneway Lineup, if you savagely peel off the after effects of sunburn without flinching, if you spent Monday at work still thinking you’re in a moshpit... yeah it’s official you’re probably undergoing some sort of festival downtime side effects right now. Not to worry, so are we! Here’s our full report. 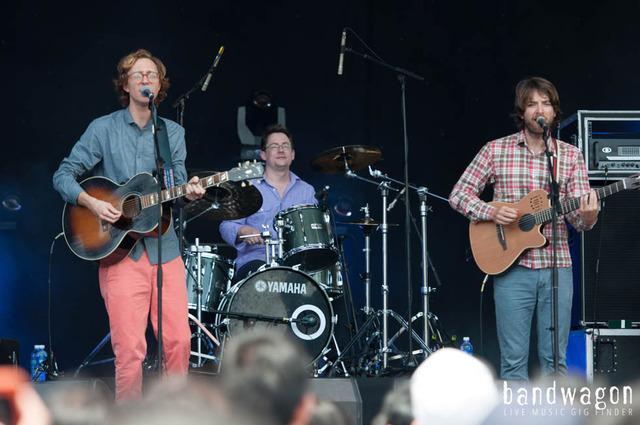 Despite not having any new material out, Kings Of Convenience fans were aplenty and reported early at the venue. Kept things cool, no hint whatsoever of what to expect at Laneway later on.

The It Boy: All throughout the festival, people were following Erlend Øye around, a lot of ‘Dancing with Erlend to ______’ tweets. That’s cool.

Weatherman: Brought in the breeze because after that, no more. No more cool wind. 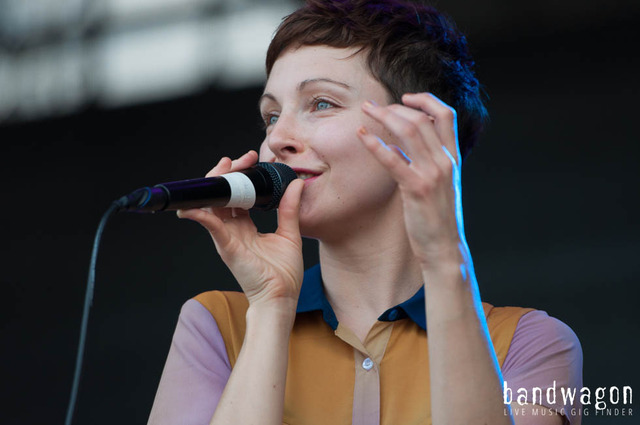 Definitely better-sounding live, Polica led by Channy Leaneagh was gorgeous on stage, although she still makes us wonder how well she sings without Auto-Tune.

Give thanks: For warming up the crowd for louder times ahead

Overheard: “I love her dress.” “She is so pretty.” “I like girls with short hair.” 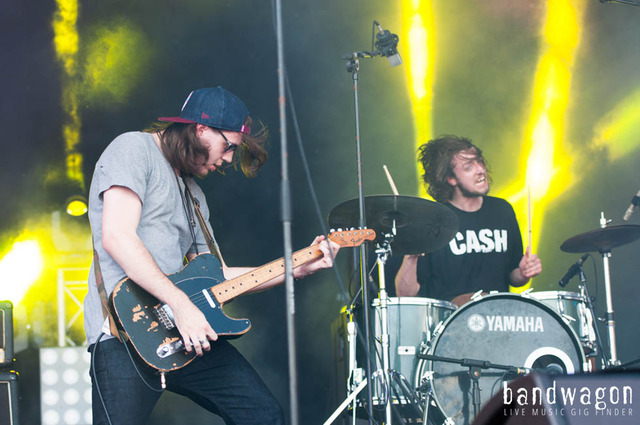 Who knew noise rock and the blistering heat could be such a good experience? No gimmicks or frills from Dylan Baldi and co., just a repertoire of honest lo-fi raspy masterpieces. It’s all future and no past for these boys.

Festival anthem: Chorus of ‘Stay Useless’ was a lot of back and forth screaming between band and crowd

Forget You All The Time: Played no material from their older records, how could they!

Distraction: Dylan Baldi had his face enveloped in his greasy, frizzled locks way too often as he delivered each cathartic line with conviction

50/50: ‘Wasted Days’ certainly garnered a mixed bag of reactions from everyone – while some others were evidently bored out by it, others were stupefied by how the band managed to elongate the song past its original 8 minutes duration

Not so wasted: The track saw how the lads managed to conjure up an extravagant soundscape/jam section of twangy guitar lines and mad drum chops– penting up so much excitement it sent some individuals completely wild when it reformed at its close. 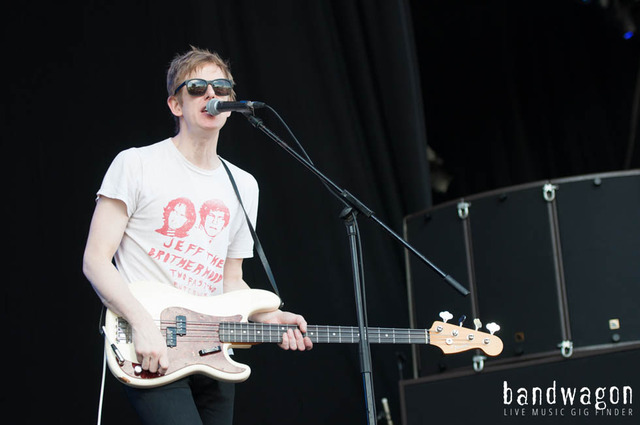 Part-Spoon, part-Wolf Parade, they joined forces to become a supergroup. They blended in easily with the lineup that day delivering song after song despite the blistering heat and technical difficulties (one of many that day), like a pro.

Sun was high and so was I: Hottest set ever. No really, the temperature really spiked 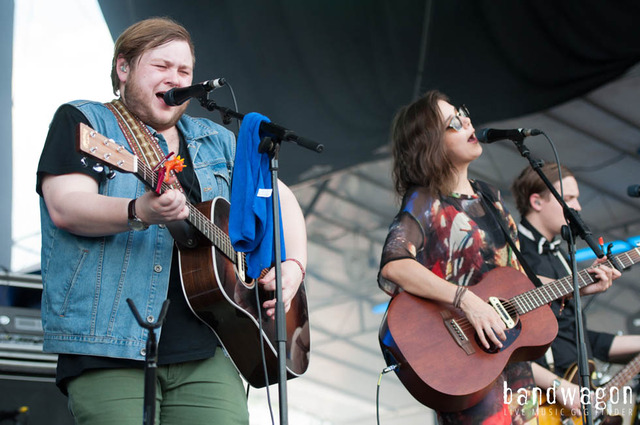 OF MONSTERS AND MEN

Whether you’re here to catch noisy loud bands or some breezy tunes, you can never not like this Icelandic troop. After all, singalongs at festivals - mandatory stuff.

Perfect fit: Festival naturals, they started up the crowd easily

Power dressing: They all came in different and cool ensembles. Icelandic people can be so cool.

#deep: On the song Lakehouse – “This song is about a house on a lake.”

Quality assurance: Iceland can do no wrong when it comes to music 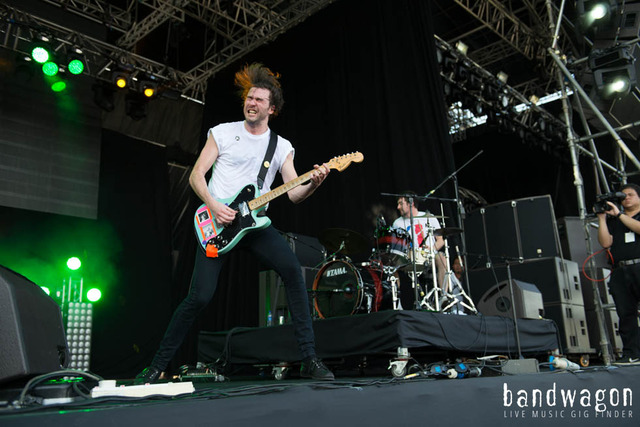 ‘Just two people making a lot of noise’ was pretty much Japandroids’ set. Every song was an anthem with these Canadian noisemakers. They said little and ploughed on through the set with 100% energy the entire time.

Claim to fame: We could say we had a hand in activating Laneway SG’s first ever ‘mushpit’

‘Mushpit’: Lots of lovin’, we moshed and we hugged oh yeah

Medication: Needed for our throats, sore from yelling along to the songs

Hearts in our eyes: “We’ll be returning to Singapore later this year” 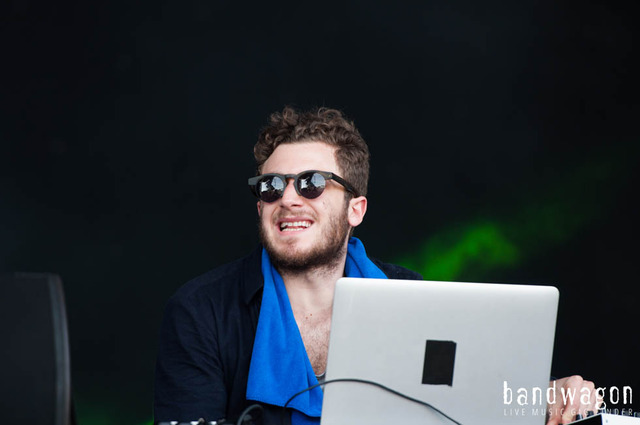 This was the first time Laneway Festival Singapore featured an electronic act, probably because it would be kinda risky to have something that detracted from the band-centric setup of the festival. They gambled by including one of the most experimental acts around, and the risk paid off, for his set became the most danciest of them all. The crowd loved it and it really didn’t take much to get them up and gyrating to his cerebral house tunes made even more vibrant with guitars and sax components.

Displacement theory: One finds it hard to get into Nico Jaar post Japandroids

Problems with the sun: None! It was going down.

Bandwagon Awards: Set with the most dancing Caucasians. 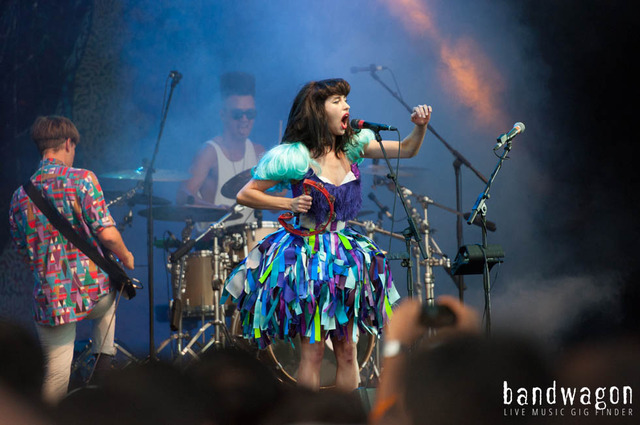 From her gaudy stage backdrop, matching gaudy shirts of the band, THAT crazy confetti dress and stage theatrics, this lady is a born performer. A highly enjoyable set, we saw people running towards the stage minutes before she came on.

Special appearance: Erlend of KOC walks through the photo pit high-fiving everyone 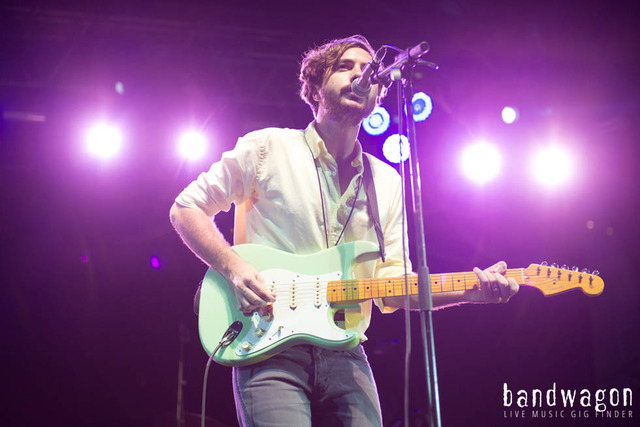 Also had share of technical difficulties at the beginning of the set but like the chill people they are and the chill music they make, they continued on, their set being the most laid-back one that night. A lot of swayers and slow dancers, yeah we joined in on the movement.

You had me at: Fuzzy feelings all around when they opened with ‘It’s Real’

More Days!: We liked the new material but we were wishing for more song from Days. After all, we don’t get much Real Estate over in our municipality anyway.

#YOLO: Slo-mo dancing/vibing to ‘All The Same’. It was great.

Special message for you, Real Estate: Hey, please come back to do a proper show. I really like you. I really love you. Peace x 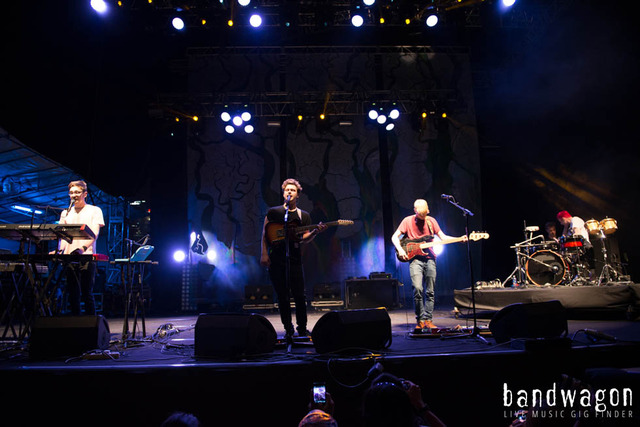 Off to a dramatic rise - and only at the start of their career - Alt-J ended up as one of the best sets of the day. Nothing short of brilliant, we’d go as far as calling them potential candidates for a new Radiohead. Also affected by technical difficulties, the lads had us all eating from the palm of their hands as they played all the favourites from their debut album. Twas’ An Awesome Wave indeed.

British manners: “Thanks for waiting. Looks like we’ll just have to make it up by playing the best show of our lives”

Something Good: Alt-J visibly pleasantly surprised by the amount of love they’re receiving.

Overheard: Regarding Gwil Sainsbury’s castanet playing during Fitzpleasure - “So dark! So mysterious!”

Anti-climax: The sitar-y parts in ‘Taro’ - not audible enough for us to indian dance. 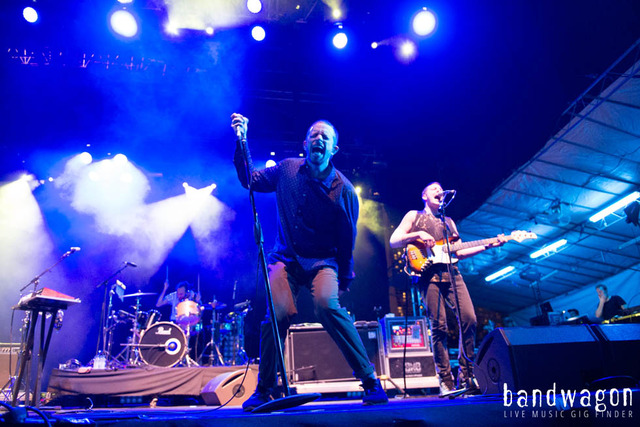 We never thought that Yeasayer would return to our shores again much less return to Laneway Singapore(we ruled them out in our predictions list) but hey they did! Not that we mind of course. We were treated to the lush tunes off their latest album Fragrant World and were pleased of course with classics from All Hour Cymbals and Odd Blood.

Amazing moment: Ilyas knowing every word to that part in ‘2080’ where they sing real fast (Editor’s note: It was only amazing to him)

Overheard: “How come they look like Linkin Park now?”

Wildchild: Chris Keating and his breathtaking amount of energy and pizzazz

Wasted opportunity: Instead of balloons/inflatable orcas, why didn’t anyone think about throwing around that hideous creature thingy from the Madder Red video? 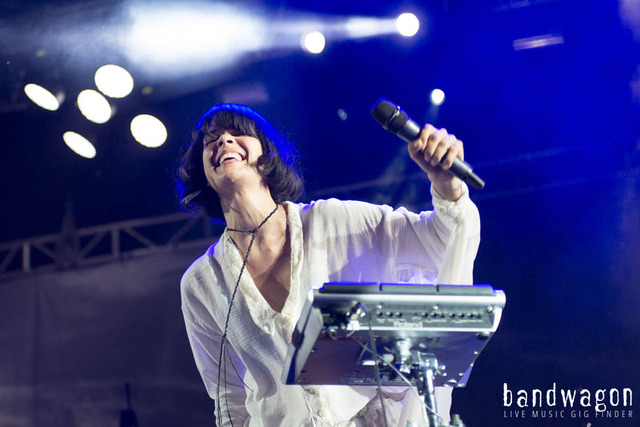 They couldn’t have picked a better act for the late evening slot. Natasha Khan pranced onto stage in an outfit befitting her dreamy, alluring music. As an antithesis to Kimbra’s bright tones and happy vibes, Bat For Lashes held a darker and sombre mood in tune and in character, which was a perfect rest for our already fatigued limbs and spirits. Her delicate voice held an iron grip onto our hearts as we took a break from all the dancing.

Fashion police: Dressed as an angel in diapers (still gorgeous though)

The sads: Tears were shed, not by us though.

Dance: Interpretive - both Natasha Khan and Ilyas (to ‘Pearl’s Dream’)

Takeaway memories: Singing ‘Daniel’ to our writer Daniel Peters, eye contact and all 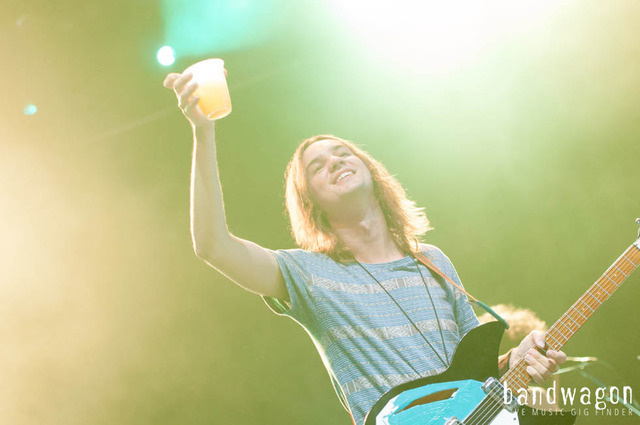 This was the act that everyone was obviously waiting for, the act that was exclusive to Laneway Festival Singapore. With two albums already regarded as classics in itself, the psychedelic fuzz tones of Tame Impala won even the stiffest of the audience who couldn’t help but nod along to songs such as ‘Elephant’ and ‘Solitude Is Bliss’. They were seamless in execution with each members instrumental parts blending into each other, forming a really, really good groove. We were treated to plenty of extended jams that made us think “hey wouldn’t it be great if they just played one song and just jammed for the rest of the set.”

Thumbs down: No stage visuals!

Chill Vibes: Kevin Parker raising his cup of juice/vodka in appreciation to the crowd

Most Fascinating: Nick Allbrook looking REALLY spaced out and confused but still nailing all his basslines.

Exercised democracy: At the end - “Do you want us to play Apocalypse Dreams or Half Full Glass Of Wine?” 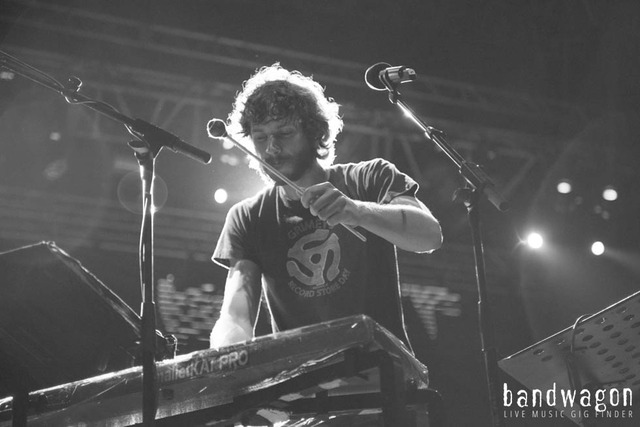 Biggest surprise: Guess who joined in on the ubiquitous duet of 2012? GUESS.