We've always held Scotland dear to our hearts - if not for it's beautiful lochs, castles and highlands, it's because of the bumper crop of our favourite bands coming from their islands including Mogwai, Belle & Sebastian and The Jesus and Mary Chain. Recently, we have another reason to love Scotland with the rise of Glasgow synthpop outfit CHVRCHES, who'll be gracing our shores in Laneway Festival Singapore 2014!

Lauded for exuberant synth melodies and the extremely catchy hooks, the trio have been on an exponential rise to fame ever since their Recover EP dropped earlier in March this year. Their debut album The Bones Of What You Believe was released not long after to positive reviews on Pitchfork, The A.V Club and many more. We recently spoke to Martin Doherty (synthesizers, samplers, vocals) ahead of their set here, where we discuss about their relationship with the media, that misogyny issue and geek out about Game Of Thrones.

Hey Martin! What are CHVRCHES up to lately?

Hey! It feels like we’ve been on tour for a long time; we haven’t really stopped since February. Which is a good thing, a really positive thing to be able to meet a lot of people actually. We were touring the UK and Europe, and now we’re rocking in Scandinavia before touring America again.

Looking forward to see you guys around here then! What have you heard about Singapore?

Oh I’ve heard plenty! Yeah I’ve heard about the incredible seafood that you have, which is always exciting - we’re big fans of that. Also, there’s something about the weather extremities over there. Singapore’s more like Scotland than I expected, we’ll probably get rained on. But we’re just really excited to come because of the fact that we’re able to go that far from home and play music to people. It’s a privilege in itself. The idea of going to play in a festival like Laneway is something that I’ve cared about long before I was in the band... it’s a really special thing for us.

That would be Sydney, Australia in Laneway Festival next year. I don’t know whether there’s any further we can go - actually the farthest might be Auckland for Laneway. That would be the absolute furthest we’ll ever be from home.

We know you probably get asked about this a million times, but tell us about how you got that band name, and why it’s spelt that way.

Oh yeah, we actually came up with a list of names when we were coming up with a band name... and much like all the girlfriends in the world, all the good ones are already taken. When we eventually decided on the name 'Churches', we realized pretty quickly that it was almost impossible to find on Google. It’s a unique problem in this day and age! Especially if you want to distribute your music on the internet first and foremost. The person who designed our logo - Amy Burrows who’s from Australia, fantastic art designer - she included the Roman ‘U’ which looks like a ‘V’. So we decided to just change it to that, and when we searched for 'Chvrches' on Google, there was no competition. It’s perfect!

We’re curious about your collaborative songwriting process, how does that work?

The collaborative writing process is kind of straightforward in a lot of ways - everyone in the band plays to their strengths. Lauren writes the lyrics and comes up with the ideas; I come up with the composition of melody and the and Iain overlaps with me in a lot of ways, but his strength lies in production first and foremost and both of us share many other duties. That’s not to say all our songs are written in that exact way all the time - sometimes ideas can come from the strangest places... 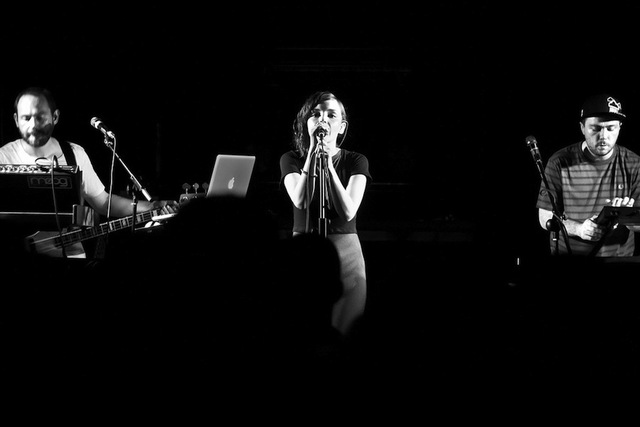 You guys have been doing very well the last several months, receiving wide critical acclaim for your EP and your debut full-length release. Do you guys still feel overwhelmed by all the attention?

Me personally, I don’t feel overwhelmed because we all work very hard not to pay too much attention to what’s going on around us. But I hope you don’t misunderstand - everything that people write about the band is important for us to reach as many people as possible, and we really appreciate the things written about us. But I feel that if you become obsessed with that sort of thing and you keep going through life minding what people say about you, very quickly you start to lose sight of where you are going. For example if you’re writing a second album, you find the quality of the material you write has lessened because you’re just so used to everyone telling you how great you are all the time. Your quality control will be dampened, and you don’t want that.

Are you guys affected by what the media says about you?

Not at all. From the beginning, we all think that it was very important for us not to look at what people are saying and just keep our eyes on writing music and being an awesome live band. You know, if we stopped focusing on our songs, nobody will ever write about us anymore, because we won’t be that good of a band anymore.

You’ve also recently mentioned that the notion of the ‘rock and roll star’ is dead - could you elaborate on that?

In this day and age, there’s less money to be made in music. So record companies and musicians, they’re not behaving in the way that it’s done in the 1980s - you know where they’ll throw parties and do drugs all the time. People who are lucky enough to be professional musicians are very aware of how lucky they are, much like myself and the rest of the band. We’ve worked as hard as possible to make sure we succeed in music, and I think I made that comment along with “if you want to talk to rockstars, you should speak to a poker players and software developers”. Especially for software developers; that’s where all the crazy parties are going on. 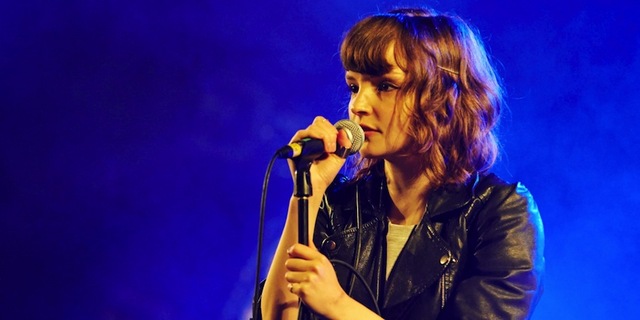 Let’s talk about Lauren Mayberry and that misogyny issue. Where do you stand on that?

We had discussed it before, and it’s something that she feels strongly about. Whenever people ask me about this, the only thing I stress is that it’s a very very small minority of people that would send us these messages and they don’t really happen anymore because we’ve turned off the private messages function on our Facebook page.

The thing is, people don’t tolerate misogyny at all in the workplace, so why should it be okay in music? What I felt that was really special and powerful about the issue was the way that it kinda galvanized other female musicians and the immense outpour of support that Lauren received from our peers from the indie music world... that’s an amazing thing.

“The Mother We Share”.... It’s not about Cersei and Jaime Lannister is it?

(Laughs) This is funny, it came from a rumour on the internet that our whole album The Bones Of What You Believe is based on Game Of Thrones! As much as we’d like that to be true, it’s really not. “The Mother We Share” is not supposed to be taken literally, you know? In my mind, what’s nice about it is that it can mean one thing at first listen but mean completely different in the second listen. I guess the song is about relationships, and how one can expect more of somebody than they’re capable of giving to you.

But you guys are definitely fans of Game Of Thrones yeah!

Oh yeah, totally. I think after the third season, I think the series has become better than The Wire!

I know! Especially after that Red Wedding episode...

Yeah oh my God... That was so crazy. It’s a proper show, written really well, and well-acted. Incredible show.

Our friend Modulogeek who's an electronic producer wanted us to ask you - what’s your favorite piece of gear?

Ooh! I would say it’s a cross between a few things. My favorite equipment right now is a drum machine - the Tempest by Roger Linn and Dave Smith. I got it about six months ago, and it’s incredible. It has so much character. I also really like this synthesizer, the Juno-106. It’s so easy to program and it always sounds incredible.

Any plans to incorporate a live drummer into CHVRCHES?

I won’t be against expanding, but no to a live drum kit. Maybe someone who can play the percussion pads and a bit of keyboards. Like actually playing the beats, but it still has to be electronic beats, you know?

I would say maybe “We Sink”, the second song in our album. A lot of time on our album we were trying to balance and were trying to foreground the melody. That accessible yet aggressive sound. I think that’s the song that embodies that the most. It has the aggression and the dance rhythm with the rock distortion. At the same time it has a very accessible melody.

Is there a song you wish you wrote?

Us too... Any albums you’re really into right now?

I’m really into the new Danny Brown album Old, can’t get that off my stereo. It’s got Rustie producing some of it, and it’s just amazing, next-level. Of course Rustie’s flying the flag of our hometown Glasgow as well, so that’s kinda cool.

What’s next for CHVRCHES?

We’ll be touring America for a month in a couple of weeks time, and then we come down to Japan for a few shows and then it’s off to Singapore for Laneway.

Looking forward to see you guys here, thanks for your time!

No worries, it’s a pleasure. Man I can’t wait to get there, it’s gonna be so cool!