One of the forerunners of the “Australian Sound”, Jagwar Ma is a trio of Sydneysiders that have taken the world by storm. Their debut album Howlin’ has not only endured them to fans at home, but also fans aboard in the UK.

Consisting of Gabriel Winterfield heading the vocals, Jono Ma with guitars and Jack Freeman on bass, Jagwar Ma have become renowned for their live dynamic performances. Drawing heavily from the ‘Madchester’ sound, the three Aussie blokes look set to bring their infectious psychedelic tunes to our shores for the first time next January!

As such, we were granted an opportunity to speak to vocalist/lead guitarist Gabriel Winterfield. Read on to learn more about this Laneway Festival Singapore act as we discussed beer preferences, strange pre-gig rituals and even Halloween costumes!

This will be your first performance in Singapore, so what is your impression of our fair country?

Gabriel Winterfield: I have been to Singapore quite a few times. It could have been transit, but I did spend some time in Singapore and Malaysia as a kid. And, I really really enjoyed it.

I went to Sentosa Island and that waterslide park (Fantasy Island). I don’t know if it is still there, because that was really cool! And, the impression I get with people is really really nice.

You guys have developed quite the reputation when it comes to live performances. What can Singaporean fans expect at your Laneway Festival performance?

Well, we’ll just get everyone to dance. I think that is what they can expect!

And, I think that there will be a couple of on-stage antics. I like to run around and stuff. My new favourite thing at the moment is throwing my microphone like a lasso. That’s my new thing!

I might be overdoing that by the time we do that show and I’ll do something else. I don’t know. 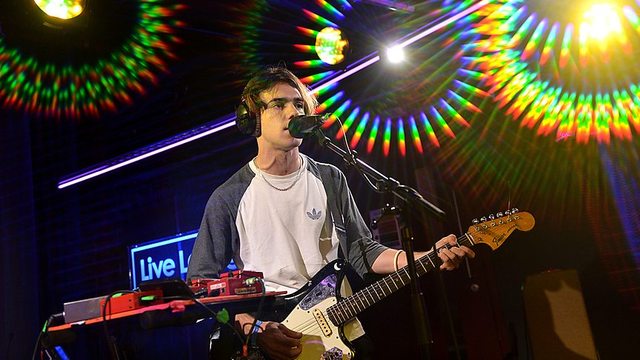 Do you all have any unusual pre-performance ritual?

Yeah, we throw food. I am not even joking. We get fruits and vegetables from our riders, plus there is always little grapes and little pieces of cut up carrots and stuff like that. I really enjoy it, Jack or Jono will be sitting in a chair, and we’ll all throw it and catch it any chance. It is, on a scale of one to 10, it is probably a three. Five. It is a mini food fight, but it is a food fight!

Sounds like a fun way to start, we can’t wait for your gig then. So with that in mind, will you be adhering strictly to the local performing restrictions?

We don’t want to offend anyone, so I wouldn’t do anything to offend anybody. I want to crowd swim. Maybe crowd swimming is allowed, kind of slopped on top of the crowd. If you dive, then you could hurt someone. But if you literally go to the crowd, and everyone just relax and they just carry you around for a bit. That’s all very zen and all very kind of nice. No one will get hurt!

Your debut album Howlin’ have been making a splash at home and abroad, so what is your song writing process? Walk us through it.

Well, there’s the two of us. But, every song we write quite differently. And I think it’s kind of funny, especially with this record, people seem like really interested in the song writing process. Probably, because it is obviously that we are not like a ‘band’.

Ultimately, I don’t think it really matters like how we write the songs. But, there are some rules. I mean I write the lyrics and the melodies, and Jono is more focused on production. But, we cross over quite a lot. We do all kind of things!

Is there any one song that you wish you wrote?

Having said all that, which experience do you guys enjoy better? Playing live in front of an audience or recording in the sanctuary of a studio?

You have been publicly championed by Noel Gallagher who claims that your band is all he talks about with his ex-Oasis members. How does that make you feel?

Yeah, it’s amazing. It’s very, very flattering. Noel is definitely one of my heroes when I was growing up. He IS still one of my heroes. It's really flattering that Noel has got behind our band. I know that Liam was excited as well. So it’s cool that they are fans of ours.

Recently, CHVRCHES members Martin Doherty came out and said that the notion of the ‘rock n’ roll star’ is dead. What do you have to say about that? Do you believe that hedonistic musical spirit is truly dead?

Well, I went to a few award parties this week and they all seemed very hedonistic. Not that I was actively partaking in it. I think that a lot of rock star clichés are probably exactly that and people think that they are lame. And, they don’t like that sort of sixties’ styled excess. It isn’t cool anymore and I kind of agree with that. I don’t think it is cool. But you know, people being people, find other ways to have fun. Hedonism never dies! It just changes. 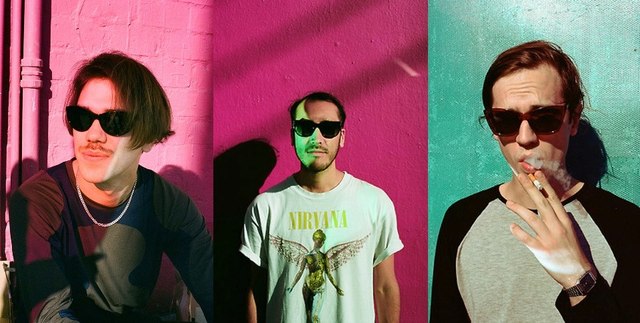 There has been a lot of talk of a musical renaissance down under right now. The ‘Australian Sound’ has brought about acts like Flume, Chet Faker, The Presets, Tame Impala and yourself  just to name a few. What do you think is unique about the Australia that’s fostering such great music?

Ehh, I don’t know. Maybe people are starting to like take note. I think there was a sort of wave of bands beforehand. And to be honest, I am not sure. Maybe, there's something in the water.

I think that the scene is so small in Sydney. As a result, people who play in different types of bands all hang out together. So if you play in an indie band or a DJ or you play techno or if you put on a hip hop night, everyone just kind of hangs out together. There are ones who have done everything! I mean, I was putting on a hip hop night, trance nights sometimes, and then I’ll play in my band. So I think that when there is that sort of cross pollination, then you get interesting bands. And when you get interesting bands, people get interested. I think that’s kind of what it was.

But to explain it on a national scale of Australia, I don’t know. Because I am not from Perth and that Tame Impala is from Perth. And Cut Copy is sort of Melbourne based. As for Flume, Flume grew up on my street. We lived on the same street. I used to go past him on my skateboard.

So, where do you stand on the Australian beer debate? Carlton or Victoria Bitters?

To be honest, they taste terrible but I think maybe I’ll have to go with VB. There’s a really nice Australian beer called James Squire. Which is actually quite a nice beer.

Do people in Singapore drink beer much? So funny, like we get alcohol when we play live obviously, and we never really finish it because there is only three of us. And, the three of us aren’t big drinkers. Jono doesn’t drink at all. And, I don’t particularly drink that much. Jack, sometimes. But say, when we're leaving, we take it with us. Ooooh, we might as well take this. And now, I got like bags of them at my house which is like an accumulated bar. Just all of these gins, wines and stuff, plus there is a cellar of wine here.

That’s what we are going to do for Halloween! We’re going to have a big Halloween party. You guys should fly over and come!

We'll try... what do you all plan to dress up as this Halloween by the way?

Eh, I thought of a couple. I was thinking I wanted to go as a ninja. But, a ninja with a mask on. Like a REALLY scary mask! Because I watched this samurai film the other day, I could kind of do that but look like a zombie samurai.

Listen to our #LanewaySG 2014 Playlist here: