Formerly from Philadelphia indie outfit The War on Drugs, Kurt Vile has done quite well for himself in his solo career. His latest album Wakin' On A Pretty Daze is a 70 minute journey of breezy, psychedelic tracks accented by his Lou Reed-esque drawl. Performing at the Singapore leg of Laneway next year, the king of chill wisdom himself answered some questions from us as we learn about his extensive band, the girl called Alex and what he thinks of Singapore.

Hi Kurt! We’re really excited for your set next year at Laneway. Is this your first time here and what have you heard so far about Singapore?

Yes, it’s my first time! I’m really excited. When I think of Singapore, I think of that Tom Waits’ song ‘Singapore’. So for me Singapore is romantic, or nostalgic – I make the connection of the place to the whole imagery of the song. 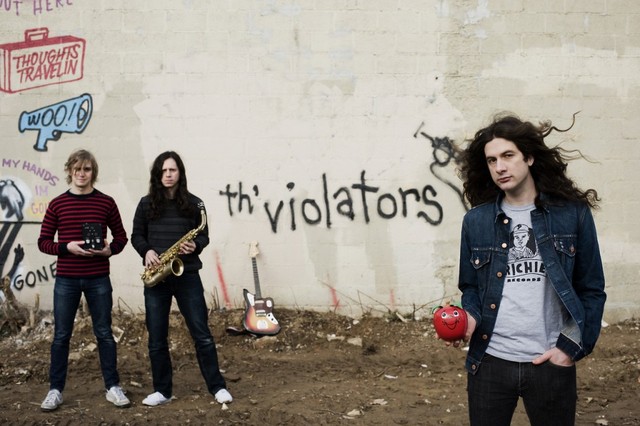 You’ll be re-releasing Wakin’ On a Pretty Daze later this month along with a new EP, which is credited to Kurt Vile & The Violators. In what way have they contributed to this outing to earn their rank alongside you in name?

Honestly, they’ve contributed a lot. I mean in the end, I’m the one who oversees it all, working the most hours, writing the music and deciding on how it turns out. Jesse (Trbovich – guitars, bass guitars, saxophone) and Rob (Laakso – guitars, bass guitars, keyboards, various instruments), they’re the full time Violators and they’ve worked alongside me on most of the record. You know on the back of the record, ‘The Violators’ were spray painted but for whatever reason, it was a very personal record and we decided to just put ‘Kurt Vile’.

The guy who did our artwork for the album also worked on the EP, the graffiti themed piece. He wrote ‘Kurt Vile & The Violators’ on there and I said “You know what? That’s fine.” Rob has been involved in a lot of the production of the record – it was basically the fact that I generally have The Violators around.

How about your collaboration with Sore Eros, could you tell us more about that?

Well that was just an archival thing actually that we’ve made into an EP. Mainly we decided to because of the title track, ‘Jamaica Plain’ that is a 7-minute song. When I lived in Boston, I was 20, 21…22? My buddy Robert Robinson (of Sore Eros) recorded those tunes in my house and I just added a bunch of stuff to it. It’s all very heartfelt, purely home productions and very lo-fi. It’s very early and really primitive, very raw stuff. It’s funny because NME took it really seriously and said that it was ‘pointless’ but I don’t care, really. It’s kinda cool for me that someone got real upset about it – that’s like a good review for me!

The album cover for Wakin’ is gorgeous! How did the idea come about?

Steve Powers (legendary Philadelphia artist) had contacted me about something else, he wanted to do a project with me. When I realised who he was, it was my manager’s idea to get him involved in the record and that we should go for something epic. I came up with the idea for him to paint my name and the title (of the album) on a wall and I would stand in front of it, much like my other artwork. Also, we didn’t have to worry about fonts and all that because it would be right there on the wall. Steve Powers took it further, he did an interpretation of my lyrics into the drawings on the wall. Working with him was pretty epic.

You’re known for your wise and breezy lyrics, and some people really read into it. What is one song off the new record that means a lot to you?

A lot of them mean a lot to me but one of my favourites is ‘Girl Called Alex’. Alex is an old friend of mine, she’s a really sweet girl and I’ve known her for a long time. I was just feeling a bit low and had a bit of a writer’s block. I had the rest of the lyrics but I just stopped for whatever reason because I thought she was mad at me and I guess I was feeling kind of lonely.

When I finished the song, I was quite nervous about it. I thought if she first heard it, would she think I was creepy or something? She had always been an early fan of mine, before anyone. I just lost touch with her and I was being really paranoid for having lost touch with her. Turns out, it was only a misunderstanding.

So it’s all good now?

Yeah, we were never not friends. It’s just that I kept writing to her and she never wrote me back, I thought she was mad at me. I was on tour so maybe it was from the low serotonin – and somehow that translates to ‘they hate you!’

You’ve also mentioned that you’re a Gary Numan fan, what do you think of the new album?

He has a new album? I haven’t heard of it. I will, thanks!

You recently covered a Nine Inch Nails song to the surprise of pretty much everyone. Are there any other unconventional picks you would love to cover?

Actually I want to cover some Randy Newman songs but I’m not going to tell you because I don’t want to give it away! I have a song I really like growing up, this song by the band Cracker but I don’t know if I have the guts to cover it – no, no I do now. I don’t people saying I’m ‘hip’ or something…

Are we going to hear any of them at Laneway?

No! You’ll probably never hear any of them. We’re going to record them, don’t worry.

What can we expect from your set next year?