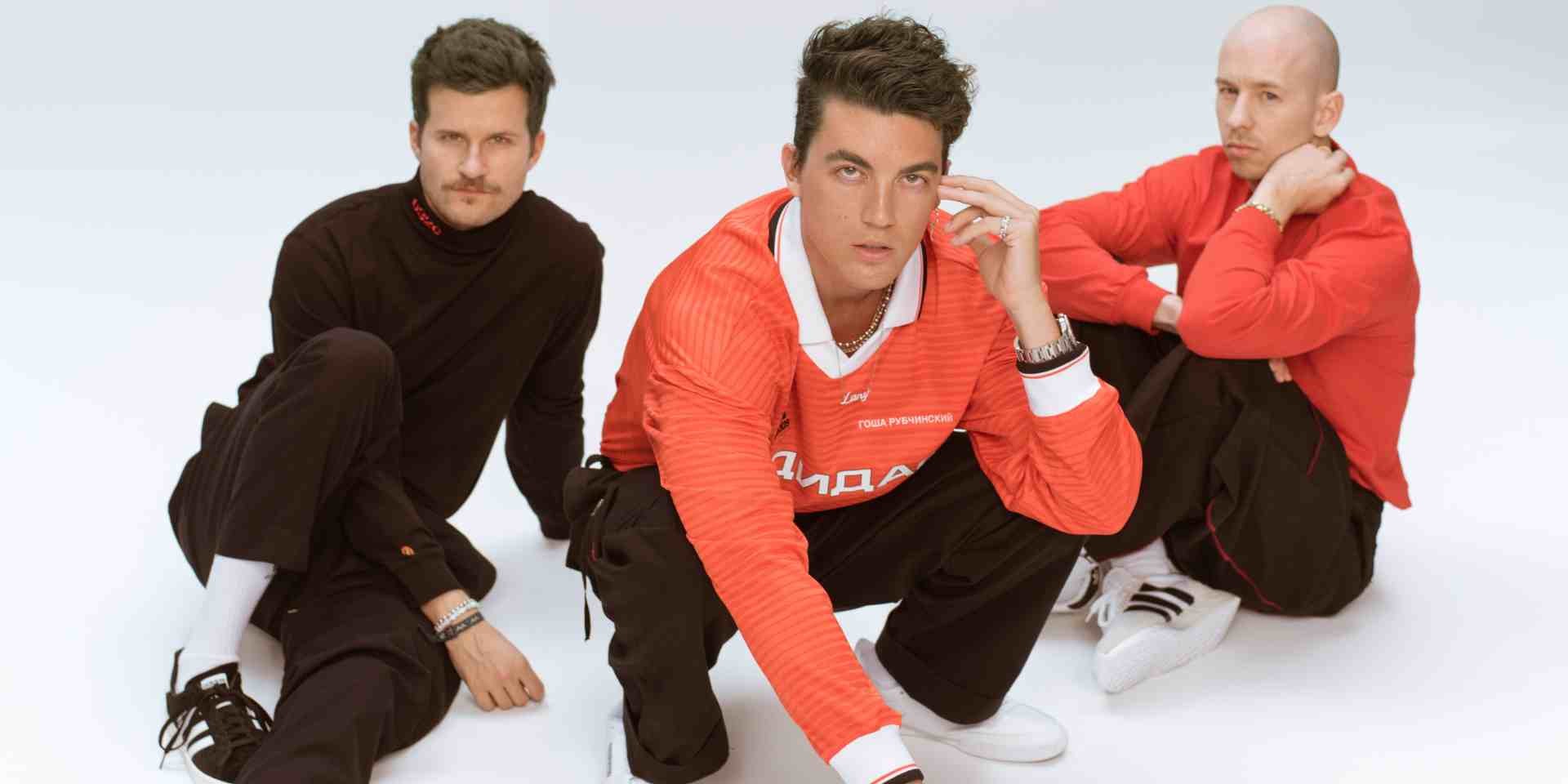 When life throws you a curveball, you make a devastating album in which you let the pain out in the world via the cathartic channel of silken, fairy-lit indie pop of tremendously hook-y power. Reeling from a breakup, LANY frontman Paul Jason Klein doubled down on the band’s winning mode of emotional disclosure that had seen its debut self-titled full-length affirm its makers’ status as master craftsmen of a thoroughly contemporary current of pop music, and wrote its follow-up, the lushly emotive Malibu Nights, which released last year.

His bandmates, multi-instrumentalists Charles Leslie "Les" Priest and Jake Clifford Goss rendered its truths in fine splendour, dipping into the various musical mainstreams that exist at the forefront of pop culture with a singular focus. Since then, the band’s rep as hitmakers has only become more pronounced.

Before they took the stage for a headlining performance on the National Day weekend, we spoke to Les Priest and Jake Goss about the upward trajectory of their music and the effect it’s been having, particularly in Asia.

How does it feel to be playing in Asia again?

Les: We love coming back and seeing a bigger response than last time – feels good to play to this many people. We’re so glad to be back.

Having played a bunch of Asian dates already, what are some good memories that you have from this tour?

Jake: I think one of it is just the growth – we're seeing more people at every show. We played Tokyo, the first headliner, it was like 700; we just did like 2,600 or something like that. And then in Seoul, our last show, was, like over 4,000. It's so encouraging to see people keep coming back and bringing their friends, so we're excited!

Les: Yeah, it really feels like we're at the edge of something bigger every time we come to Asia. It always feels like it's going forward in a good way.

Isn’t it incredible, that, being a band that's named after Los Angeles and New York, both your albums are certified double diamond in the Philippines?

Jake: Amazing! It's pretty wild! We didn't know it would reach outside the United States!

Les: Every time we go there, it's a little hard to wrap your head around it, you know? But, yeah, we love it! It's so fun and cool. The other day – I can't remember where we were – somebody said, that, originally, we were LA to NY, but now we've gone all the way around the world. So it's like going from the opposite direction around the world from LA back to NY. I just thought that was a cool idea – instead of going from California directly to New York, we go all around and return to New York.

Does that change how you view what you do?

Jake: I think it does, a little. It's just crazy to have a global perspective now that we've seen so much of the world. So many different cultures and people – it's amazing!

Let's talk about your song 'Okay' with Julia Michaels. What made you what you want to work with her and what do you think she brings to the table?

Jake: Yeah, Paul had some writing sessions with her. I don't know if they had ever met before that, but he was just a fan. They wrote two songs, and one was 'Okay'. They sent it to us and we thought it was awesome. Also, we released our record not thinking of doing any collaborations or anything. So, we released the song just to see what would happen. We did it and we loved it, and we got to make a music video with her.

'Okay' is evidently about self-love. Why is that message important to you?

Les: I mean, with Paul's lyrics, I think it's always very straight-forward. With that song in particular, he sang "I'm gonna be okay”. It's like you're kind of talking to yourself and working it through. But, at the end of the day, you know you're going to be okay.

Jake: It's nice, too, because you can sit there and like let yourself be sad and let it hurt, but know that you're going to be alright.

Les: You’ve just got to go through that.

Do you then believe in the cliche of needing to be sad in order to make impactful music?

Les: Not necessarily sad. I think there's definitely a part of songwriting, specifically, writing lyrics or poetry, where you have to be pretty connected to your emotional side and the things that you're feeling. So, I think sadness is just a big part of that – we all feel sad, we all feel like we're in love, at some point, and any number of things. But, I don't think you have to necessarily be sad to make good music.

‘Super Far’ is your most-streamed song on Spotify, at over 170 million plays. But what does that song mean to you?

Jake: That was super fun, because that was at the very end of writing our first record. Les had moved back to Nashville, and Paul wrote that one with Ryan Tedder. They kind of started that one together, and we all thought it was great so we flew to Nashville to work on it with Les at his home studio. So that's pretty interesting – just getting out and about, and then gathering in Nashville.

Les: Along with 'ILYSB', 'Super Far' is a song we feel we really nailed the production on. Hopefully, when you listen to it, you'll think of LANY through and through. 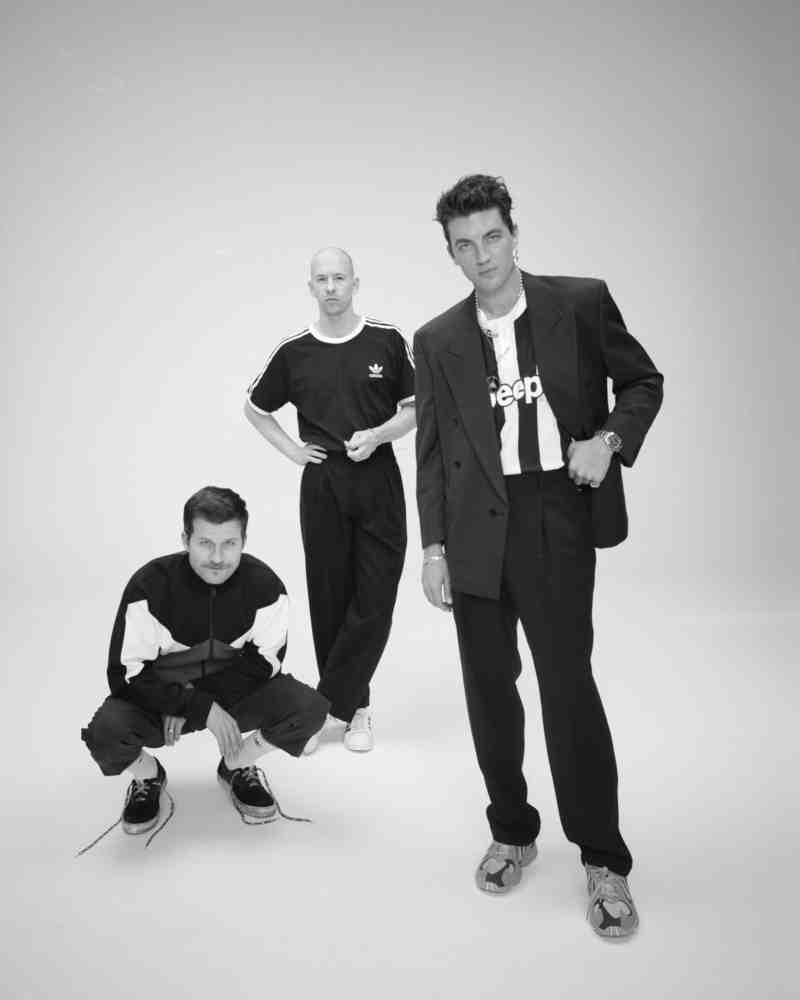 Given the extremely personal nature of the songs, how would you say Malibu Nights has aged since it was released?

Jake: I think it's been amazing – people have been able to insert their lives and their stories into our songs and Paul's lyrics. We've seen at shows how people to react to certain songs and sing along with everything they've got. We've seen people crying out there – they were moved to tears.

Les: Hopefully, like how we did growing up, they're living their lives to our music. I think that's such a cool thing, you know? It's like a soundtrack to people's lives.

Jake: We've also met a lot of people who became friends just by being in lines at our shows. That's a special thing to me, like "Oh, he's my best friend because we listen to your songs and we met each other in line!" – it's pretty crazy.

Les: The community aspect of our fan base and the shows is such a cool thing. It's more than just playing songs on Spotify, it's a group of people that have something in common. It's awesome.

Finally, can you tell your fans anything about any new music that you might be working on?

Jake: It's in the works. We don't have a whole lot; we have a few ideas but we're going to get it out after tour ends.

Les: No juicy details yet, but it's coming. [Laughs]