Backstreet's back, that's right. Thanks to Live Nation Lushington, 90s boyband fever is hitting town when the Backstreet Boys take the stage at The Star on May 2, 2015. Be ready to brave fan girls, sing along to familiar tunes, and reminisce those secondary school memories because it's kinda a big deal.

We're probably very familiar with the faces of Brian Littrell, Kevin Richardson, Howie Dorough, A.J. McLean and Nick Carter gracing many covers of Lime Magazine (R.I.P) or their coordinated outfits and dance moves in music videos, but get ready to see them in the flesh! 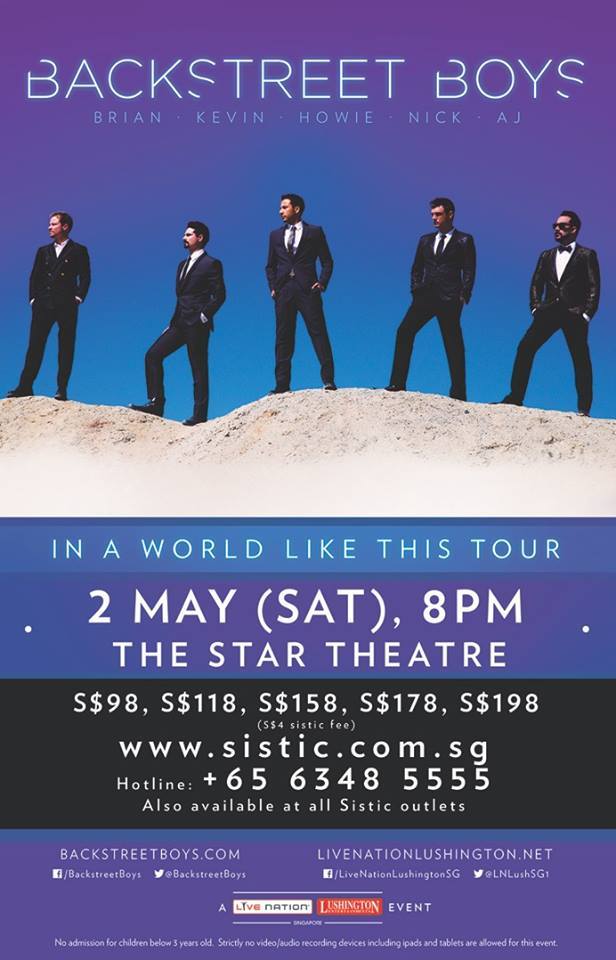 This multiple award-winning band has sold 130 million records worldwide and is still recognised as the best-selling boyband in history. Trivia: Indonesia and Malaysia stocked their albums in hypermarts around town, even in cassette form.

From the vault: Boybands - 90s vs Now

The 2013 album release In A World Like This not only celebrates 20 years of Backstreet Boys, it's their first effort with founding member Richardson since 2005's Never Gone. It comes hot on the heels of their historic collaboration with New Kids on the Block, NKOTBSB, in 2011 (check out the mash-up, it's gold), and three consecutive sold-out annual cruises. It also proves that Backstreet Boys are back and better than ever. 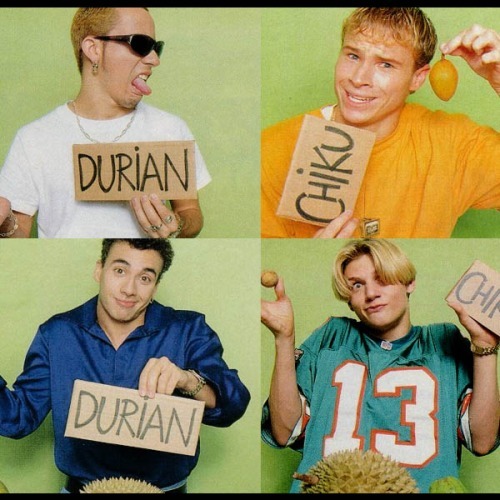 Tickets go on sale from February 5 onwards on SISTIC.