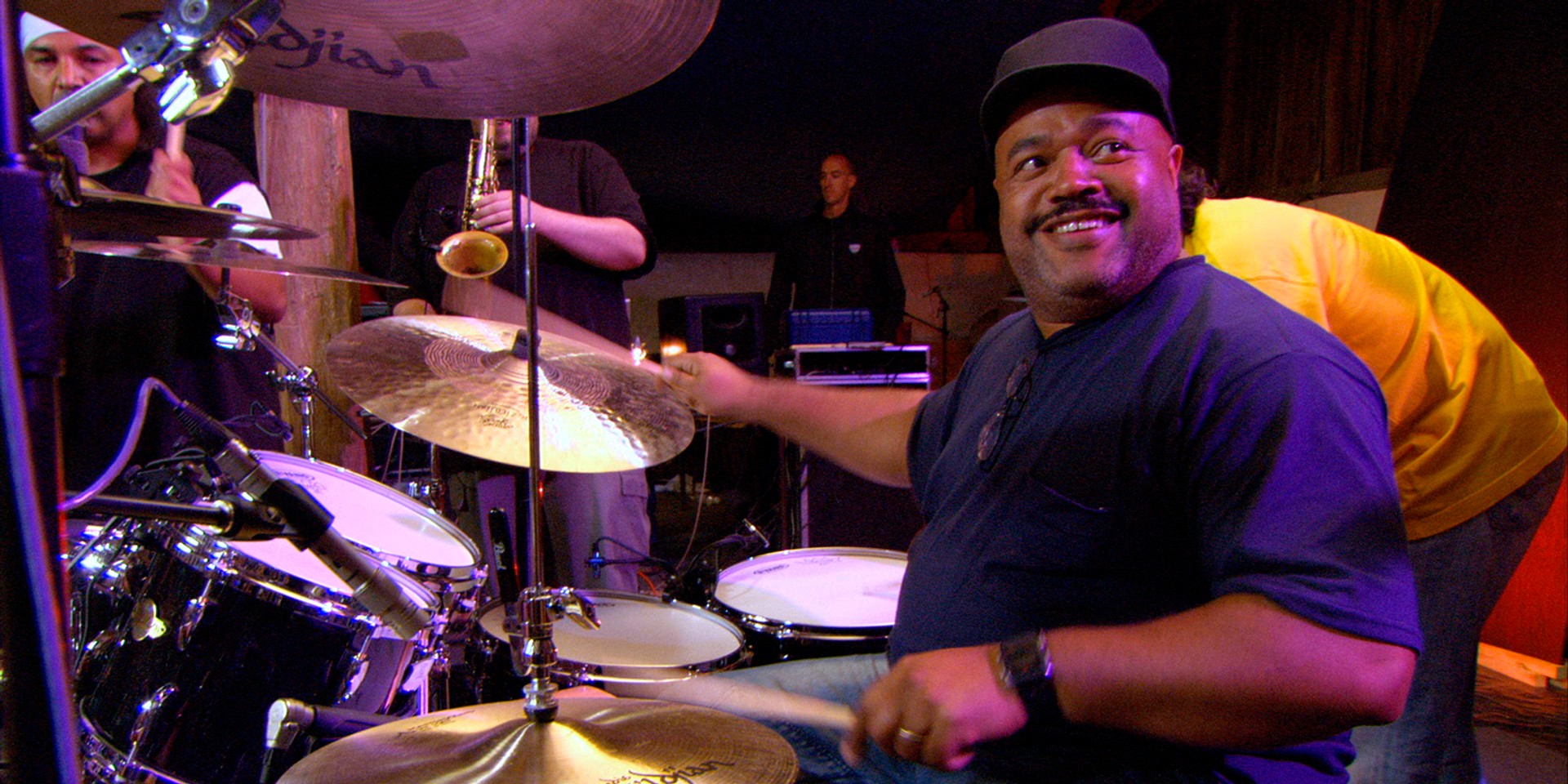 There's usually not a lot of chances to share an afternoon with a talent of such high calibre, but if you're a drummer, it's hard not to pass up on this.

Dennis Chambers, established jazz fusion talent, will be spending an afternoon in Singapore with a live show at the grand Resorts World Theatre.

The gig is just the cherry on top of an entire weekend, which will consist of an intensive drum camp hosted by the legend himself, starting from September 16th to 18th.

The drum camp will happen from 9.30am to 6pm and you'll get to learn and study extensively from Chambers' experience as a professional drummer, from his early induction in the late 70s as part of George Clinton's Parliament/Funkadelic to his work with jazz greats Bill Evans, Steely Dan, John McLaughlin, John Scofield and more.

There will only be 30 spaces available for his drum camp, which starts very soon, and each application will cost you a cool SG$1500, so best to act fast. But if you'd just like to watch the veteran in action, tickets for his gig will only go for SG$40 at the high-end performance venue. 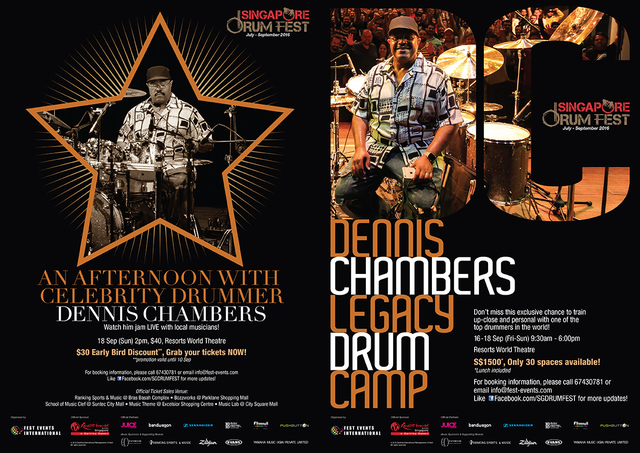 Tickets for An Afternoon with Celebrity Drummer Dennis Chambers are available at these locations: