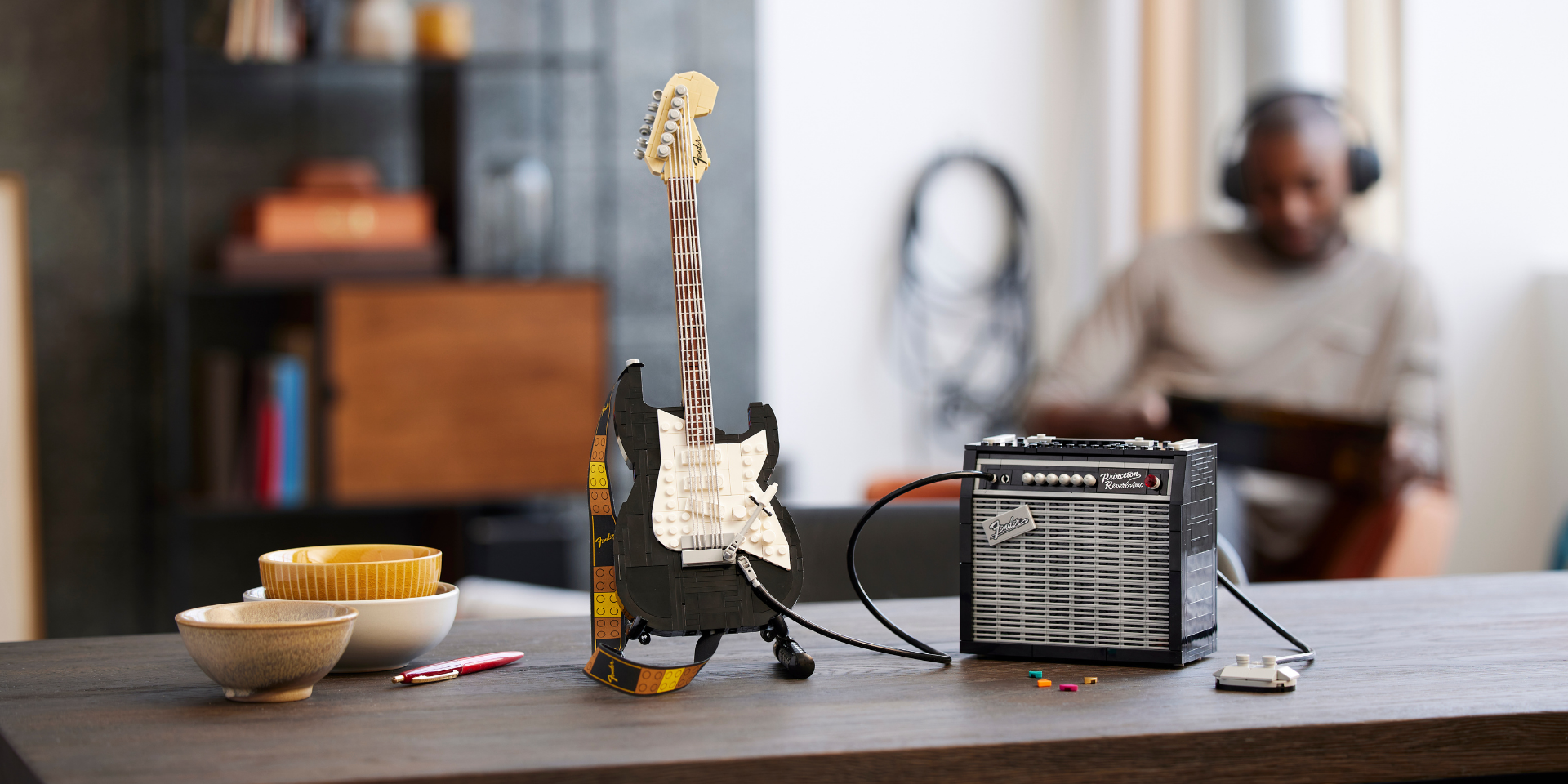 A legendary electronic guitar in the music scene, the LEGO version of the instrument is intricately designed to be as lifelike as possible. Made out of 1,074 LEGO pieces in total, the collectible includes six strings, guitar tuning pegs, and a tremolo arm. Collectors can also choose from either a red or a black version of the iconic 1970s guitar. The piece was designed by Slovakian designer, Tomáš Letenay. He initially submitted his design in a competition called Music To Our Ears, where LEGO had called for submissions of creative LEGO designs. It was so well-received by the board that LEGO decided to commission the piece instead.

“I used to play electric guitar when I was a teenager and I always dreamed of owning a Fender Stratocaster - but I could never afford it," shared Letenay. "The Stratocaster was my gateway into music and I love seeing my LEGO design with the stand. I am hoping that other guitar fans get as much joy out of building it as I have.” “The Fender Stratocaster was designed to help artists unlock their creativity, and decades later, the model continues to pioneer the future of guitar playing with its distinct sound and undeniable impact on popular music,” explained Richard Bussey, Vice-President of Accessories, Lifestyle and Licensing. “As the Stratocaster has developed a cult following through the years, so has the LEGO Group. Bringing these two brands together marks an iconic musical moment for a passionate group of guitar and LEGO brick lovers.”

The LEGO Ideas Fender Stratocaster set will be available for sale in all authorized LEGO stores in Singapore beginning 1 October 2021. It will be priced at S$179.90.