You don’t need to have a heart of stone to be desensitised to the bleeding-heart offerings of the singer-songwriter mold. When you expect contemplative, occasionally mournful heart-on-sleeve-isms from a guitar-toting troubadour standing behind a mic, that’s when you know how culturally omniscient the form of what you’re in for is. Then, there’s LEW.

The Singaporean singer-songwriter, guitarist and Berklee College of Music undergraduate is the product of a sophisticated exchange of head and heart. His music isn’t just an elevation of a time-honoured aesthetic but a detailed roadmap of where it can go if it can articulate the full extent of human experience in a musical vocabulary that is gorgeous, harrowing and, above all, powerfully sincere.

An innate sense of humanity, a keen awareness of love’s ability to maul those in its grip, as well as a nuanced understanding of its life-giving glow, saturates his blossoming body of work. His expression is such that the listener is able to discern that he has earned the right to tell his story. We all cover ourselves in the spoils of our survival (and pain) and to this end, a LEW song is world of empathy, a wing under which a listener in need may rest.

Due to take the stage at Yamaha Live Sessions: Nothing Beats Live Experiences, LEW is on the cusp of one of the more pivotal moments of his career. Ahead of the big day, LEW shares with us his uncompromising approach to music, life and love.

You emerged on the scene as the singing policeman. How has your journey been since then?

A policeman who sings – it's quite political isn't it? That whole thing blew up because the Prime Minister shared it on his Facebook page. It felt like a validation.

I finished NS in 2016 and I took a year to finish my first album Lullacry. I went to Berklee in the fall of 2017. The biggest thing for me was having output with my name on it: Right now, I have an album, two EPs, with a third on the way. I've gotten support not just from people in Singapore but from around the world as well. Besides that, the simple fact of going to school for music has taught me so much more about the craft and the rules. The rules that are there and the rules that are meant to be broken.

The debate over the necessity of theory continues to rage on. Where do you stand on it?

I can speak for myself. In the period of 2015-16, I felt myself peaking and plateauing in terms of growth as a musician. I was getting validation from the public but as a musician, I feel that, if you want to get good at something, you have to learn everything you can about it. Going to school was my acknowledgement that I was not the best musician that I could be. I wanted to learn from the people that are good at what they do so I could improve myself.

The reason I didn't do an EP is due to a couple of reasons. For one, I had a lot of songs and they were waiting for the right time to be heard collectively. Secondly, I really love concept albums and painting full pictures with multiple songs. Everyone loves releasing singles because it's easy to do and it gets plays, unlike longer projects. But I think that when you do a full album, they get to really understand what you stand for and who you are as a writer. You can't get this with that one hit that you released three months ago. That's why, I make it a point to release at least five songs together every year. That way, you get to understand an overarching theme instead of just following the wind. There has to be a story. If not, what are you saying?

You don't seem fazed by the possibility of people skipping a song or two. Where does this courage come from?

You have to remind yourself that you have the hype fans and the loyal ones. The former are the ones that are listening to the hit song or one that's been shoved in their faces. Whereas your loyal fans will go and find whatever you've done and listen to it all – even the songs you don't promote. I've played shows where people request for certain songs that I can't believe they know. It's a humbling reminder to myself to make sure that every song I release has to say something.

ENFJ and There's Something in My Eye – it's interesting that you released two thematically EPs at the same time.

ENFJ is all about self-reflection. Not necessarily self-love, because that's so hard to achieve. But about acknowledging the things that are wrong with you and realising that's part of what makes you who you are. Before you embark on any sort of relationship that can be considered healthy, this has to happen: You are good and you're not broken. It felt right to split the EPs because I wanted to devote to fleshing out the sentiments behind each one fully.

That's why both EPs are so different and don't have much connection. That's what life is. In one day, you could lose the one person you love and the next, meet somebody new. Also, I tried my best to insert little things to connect the two. In ENFJ, there's a song called 'Pillow Thoughts' and on There's Something in My Eye, there's one called 'Real Human Pillow'. This also happens across cover art and sounds – for that one person in the room to discover.

If you notice, I don't normally write very happy songs. That's because, when I'm happy, I'm living in the moment, I'm not reflecting; I'm experiencing. But when I'm sad, I'm usually alone, and that's when self-reflection happens. That's when the songwriting happens.

Two weeks ago, you released 'Red Flags', which obviously comes from a dark place.

I wrote it with three of my classmates. All of us were talking about things we had all gone through but always chose not to share. When you're with somebody that you love or you're proud of, chances are, you'd defend them when they do something wrong. You only tell people about the good stuff. With this song, I'm acknowledging that I see all the problems in whatever this relationship is but I'm also staying. That was about my first partner, when I was 19. But, over the past two or three years, I've made it a point to not waste time on people that are not good for me or to not waste other peoples' time if I'm not good for them.

It's not a breakup song. Lullacry is about a breakup; ENFJ is about self-reflection; There's Something In My Eye is about falling in love. This song is about adulting, about making hard decisions because nobody likes letting go of comfort. It's the title track of the EP and you're going to hear in the other songs, the stages of doubt in a relationship, the stages of discovering whats wrong and questioning whether you should stay or leave. Hope is such a tricky thing. 'Red Flags' is about navigating that line.

Your music is intensely personal. Has there been a time, when, playing to a roomful of people, you've had to stop for a moment and take a beat before continuing?

As a performer and as an artist, you will quickly realise that after your perform a show, you'll feel very tired. But your audience leaves the room with more energy. And where it does it come from? It comes from me. Throughout the set, as I'm giving them a part of me, I have to remember that I have to save some for myself – or else, I'll crash or burn out, which has happened before. Burning out is not good, as a performing artist. So, sometimes when I perform a song, or usually it's before a set, I pick and choose the songs that I want to talk about because when I talk about it, that's me giving more. And for some songs, I sing because I know that they enjoy it or it makes sense in the set.

When I feel overwhelmed on stage, I just take a breath or two – just to reset. I get nervous every time I perform but once I start getting in the groove, it's like running. The first two minutes is like "Ugh! I hate this!" – I mean I don't hate performing but you know what I mean – and then when you're doing it, you're like in the zone, and afterwards you feel good. 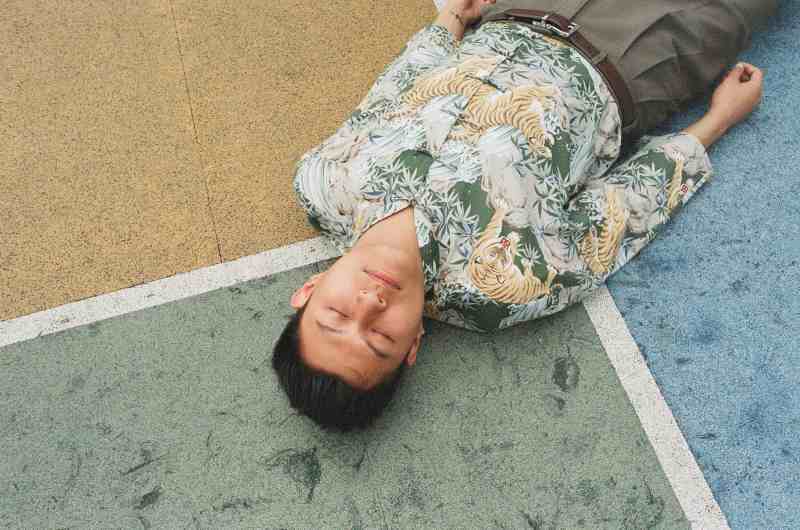 Finally, how's it feel to be playing the Yamaha Live Sessions show?

It feels a little bit like it's come full circle because the first guitar I played was a Yamaha guitar, which I played for four years. So, when I got invited to play, it was kind of cool. They sent me a guitar to play for the show and it feels really good to play.

Also, I'm just excited to perform with my friend Vishal. People will get to hear the songs interpreted a little differently, as well as songs that aren't released yet, and songs that will never be released. I try to insert one or two of those songs every set. They ask me when it'll be out, and I tell them never. I feel like some songs make sense to only be performed live, and when you record it you take away that novelty. And also, it costs money to record. [laughs]

Catch LEW at Yamaha Live Sessions: Nothing Beats Live Experiences, which happens on Saturday, 13 July, at The Substation. The masterclass sessions will happen from 2.30-5.30pm, while the live performances will go on from 7-10pm. Get your tickets here.