“The t-shirt is everything. You LOVE this t-shirt, it lets you say everything you wanted to say.” Almost Famous, 2000

In Cameron Crowe’s semi-autobiographical film Almost Famous, Stillwater guitarist Russell Hammond (played by actor Billy Crudup) offers venomous sarcasm to vocalist Jeff Bebe (Jason Lee) over a dispute about their band t-shirt. The t-shirt in question shows the guitarist in focus and upfront while the rest of the band is obscured as shadows and that greatly upsets the egotistical Bebe. While the band itself is fictional, the situation is not. As an amalgamation of the many bands Crowe has worked with during his days as a young music journalist, it is a scenario that he may have witnessed many times. These moments can often act as breakup catalysts for bands who thrive on dysfunction.

Thankfully for Dicta License, their band t-shirt provided a reason to do a reunion gig at B-Side. Call it another act of the cruel tee, however by the time this article is out, vocalist/guitarist Pochoy Labog (a lawyer by profession) is probably unpacking his clothes, t-shirts and otherwise, in Washington DC as he prepares for further studies.

Dicta License was renowned for its powerful mixture of melodic alternative hard rock and confrontational Rage Against The Machine-inspired rap and rhythms. Social commentary was high on the lyrical agenda, and the song ‘Ang Ating Araw’ remains one of the most powerful anthems ever produced by a local band. Besides playing to a 25,000-strong audience at the Busan International Rock Festival in Korea, Dicta have also released an EP and a full-length album Paghilom under Warner Music. Not bad at all for a band of college buddies. Bassist Kelley Mangahas and guitarist Boogie Romero concentrated on their other band Kjwan which became more successful commercially. Labog eventually formed the trio Malay and became a TV host dispensing knowledge on legal matters. Dicta License practically evaporated like, to borrow from one of their songs, smoke under the table. With other projects and personal matters keeping them busy, the members probably thought little of the band’s actual impact. The reunion gig was meant to launch the shirt and serve as a despedida for Labog. 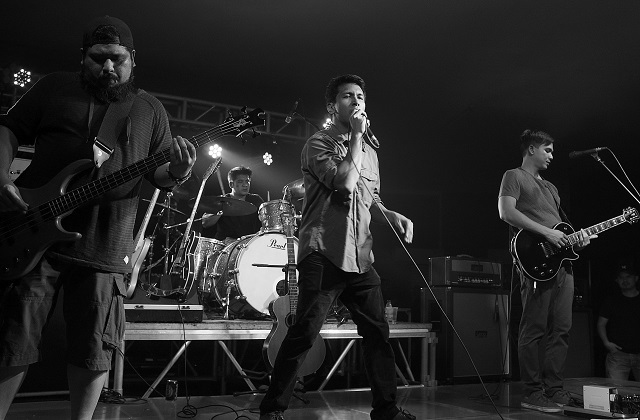 The t-shirt features equal-sized portraits of the band members by longtime friend artist Nix Puno and is actually Dicta’s first piece of band merchandise. Thankfully the band says it intends to write new material and will exchange ideas during Pochoy’s time away. 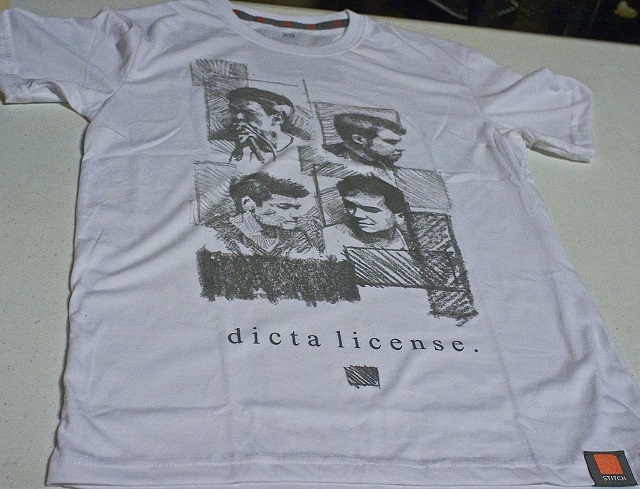 The event had Brigada, Sandwich, Assembly Generals, and Stick Figgas as support acts. While it was no doubt an awesome lineup, the weather was threatening to limit audience attendance. Despite his experience, Labog declined to host the gig. He says, with a sheepish grin, “I have a really hard time with small talk.” The bear-like Mangahas eventually drags Labog to emcee between the support acts’ sets. Drummer Bryan Makasiar stretches and jogs backstage while the stoic Romero says little. Dicta License pummelled through their set, and despite enduring two lulls due to some technical difficulties, the band kept the audience entertained with their banter. Labog is one of the most charismatic and gifted vocalists in local rock, his grimaces matching the content of the lyrics. He could not, however, help himself from smiling like a giddy kid between songs much to the thrill of the females in attendance. 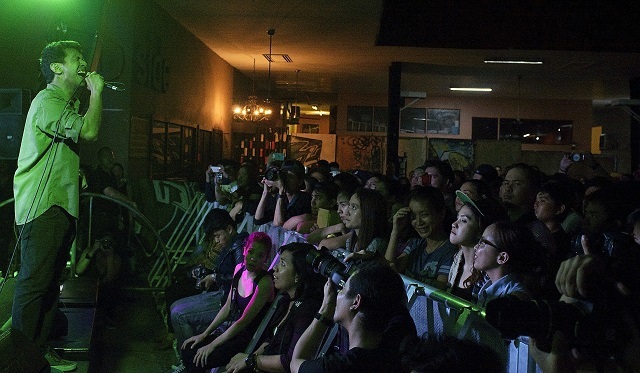 This was a band that was clearly on the rise during its existence. However Dicta’s prospects, at least commercially, were unmaximised. Labog’s departure will extend the band’s absence at least another year, but for one night, the band proved its potential once again. Though the younger folks in attendance were probably not of legal drinking age during the band’s peak, they now count Dicta as an influence. The members of Dicta grew up in the ‘90s and now they have fans who were born in the ‘90s. For about an hour or so, everyone made up for the time lost (and the extra year ahead). It was a launch and send-off - loud yet sweet.

Their t-shirt means everything, and it does say what they want to say.

How did the t-shirt idea come about? Is it a sign that the band is here to stay, despite not being physically together?

KELLY MANGAHAS (bassist): It came about from (our manager) Raymond Fabul and the band. We never really had our own merchandise and we also never reached the age of social media. It just keeps things fresh and helps us give back to the fans. It was also a chance to bring the team back together. Nix Puno, who designed our shirt was also our former manager. It gave us a chance to reconnect.

BRYAN MAKASIAR (drummer): Well, we had a lot of plans when we got together. New songs, a t-shirt and etc. Seems funny that the shirt launch came as a despedida gig for Pochoy. But I guess it’s a good way to signify that we’ll still be making new music despite the long-distance relationship. You know, it signifies that the band will still be around.

Are you reconsidering Dicta’s future; even if Pochoy will be away for a spell?

BM: Honestly, when the band officially got together again, we knew Pochoy was going to be leaving.  But we were all cool with that ‘cause we felt that we could still make music despite him being abroad. Not to sound corny, but the band isn’t going to break up again… ever. It’s really about focusing on the music we want to make and the vision we want to carry forward.

KM: The great thing about doing this now, is that there's not really that much pressure from the members. We're a lot older and we're all doing other things. It keeps things fresh and focused on the music.

POCHOY LABOG (vocalist & guitarist): We're actually in a good place now. We're all doing our own thing and there's really no pressure to make it big or anything like that. We can take our time and just write the music we want.

BOOGIE ROMERO (guitarist): We will keep the band together and gig when Pochoy is back. We will try to write a few songs even while he is away. 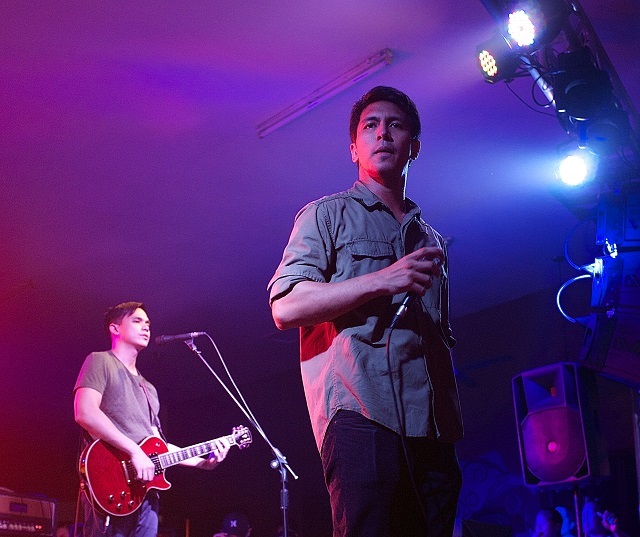 Was there a lot of intense rehearsals for the gig, or did the songs come naturally again?

BM: Wouldn’t really say they were intense. For this gig, we practiced the night before for the songs we normally don’t play. Was a fun jam! Before that, our practices were really focused more on song writing.

Kjwan and Malay have great songs, but do you guys feel that there was unfinished business with Dicta License?

PL: I feel, Dicta, as long as there are social ills and people interested enough to listen, will always have a place in Philippine music. When we disbanded, it felt like we abandoned that place - a unique platform where we can express our opinions on government, society and culture.

It was tough to let go of that small but significant voice. Whenever some issue came up, people would message me saying Dicta could've written a song about this and that. So it felt like unfinished business because I think we had this role to play. It's even more exciting to have this role now, in the age of social media, something we never experienced.

KM: When Dicta ended the first time, it was kind of abrupt for me. We didn't really have a proper chance to close that chapter. Over time, when Poch, talked to us and asked if we wanted to try it out again, of course there was a little apprehension on my side. However, I kind of just took it a day at a time. Dicta was a band that helped me grow as an individual and it was something that we all helped grow from its infancy. So yeah a part of me wanted to see what kind of vibe and music we would come up with, given the time we spent away from it.

BM: Well since I’m not a member of Kjwan or Malay, yes. Haha!  But seriously, I always felt that we would get to play together again. I guess when we first disbanded the members had to do their own thing, but we were still friends nonetheless. When we thought about coming back together, we felt the band had a lot to offer in terms of music and what we could contribute. We all agreed that we wanted to continue making Dicta music.

BR: There was definitely more music that we could make as a group. Iba rin talaga with different personnel in the band. If it’s the four of us - Bry, Kel, Pochoy and me, there’s a unique sound that comes out. 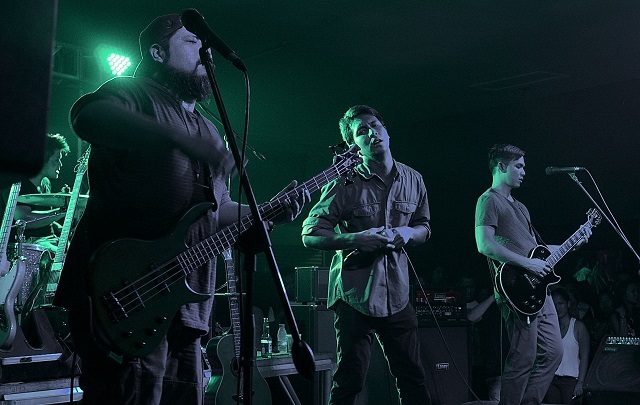 How does it feel to hear so many young local bands cite Dicta License as a musical influence?

KM: Yeah the funny thing is that, I never knew how much of an impact the band really had with a bunch of kids who grew up to our music. We were kids as well, just doing our thing. To hear all these young bands pointing to us as one of their influence made me feel like we did something right in all of that. To be able to inspire kids to do music, and in turn help our culture, really is something special.

Dicta License is a groove machine with conscientious lyrics. Do you feel that the band music can satisfy all kinds of music fans?

BM: Tough question! I mean you want them to love the music and the message; and hopefully they do! I think those are the fans who stuck with the band all these years, despite the long break.

KM: Poch has his hand in all the lyrics. It's his microphone that’s sending out messages we believe in. We amplify that message and make sure people can enjoy it as a total package. I'm good with anyway people take it. There are so many layers and eventually you would totally get either part (of our music).

BR: Maybe I haven’t really spoken to enough listeners. But most of the time, people love the lyrics, and it somehow works well with the music. 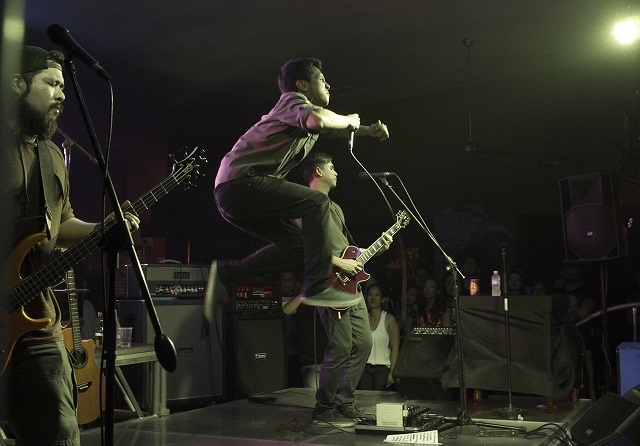 Describe how you guys have grown from college friends till now. Which ideals did you retain, and which did you let go of?

BM: I think we matured in a lot of ways. In terms of the type of music we want to make, the topics we want to talk about and etc. Even the way we approach making songs has changed; we’re more open to criticism from each other and pushing the band to do better. Before, that would lead to heated arguments.  Now, we accept the comments and build on it. Hopefully, this becomes evident in the songs we’re making.  But in terms of our friendship, it’s like it never changed. We’ve got a pretty strong bond beyond music and I guess that’s what made being together again a whole lot easier.

KM: We were young kids when we started. We're more matured now and we have realistic expectations. In the end, it's about having fun and being true to ourselves.

PL: Personally, I think I've mellowed down over the years.