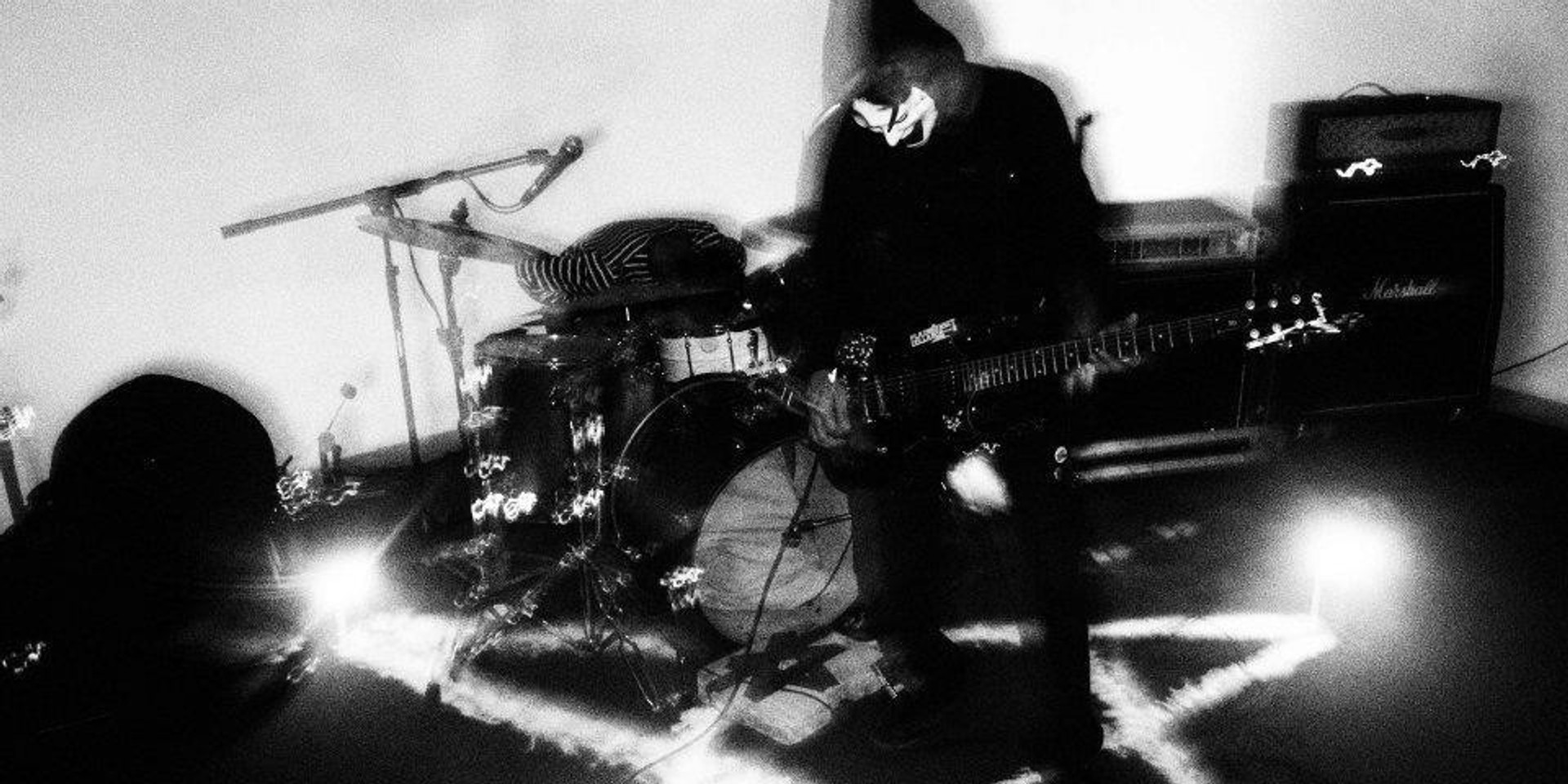 Just a couple of months ago, we learnt that powerviolence punks Abrasion was set to team up with doom duo Beezlebud for a split 12" release, forthcoming via 4490 Records.

Obviously that bit of unexpected news proved to be incredibly thrilling for most underground heavy music fans in Singapore, not only because both bands are insanely inventive, but because of the dichotomy of their respective styles.

This article was brought to you by VANS

Skateboarding demos, gigs, art installations, design workshops at a former police station. It's the House of Vans. Click to find out more!

While the idea of the pairing may have started out as intriguing, the release of one of Beezlebud's tracks from the upcoming record, entitled 'Dengki' has turned our fascination into full-blown excitement.

Recorded at TNT Studios and clocking in at almost 7 minutes, their latest single is slow-burn from ambient drone to deathly doom, becoming increasingly severe as their dissonant and guttural journey progresses.

After listening to this, we honestly can't wait for split 12" to surface now.

In the meantime you can listen to 'Dengki' below.

You can also listen to another preview entitled 'THE PROJECT II', this time on Abrasion's side.