In this week’s accompanying story to KKBOX’s Music Supper, co-presented by Bandwagon, we find out what they are and how they came to be below.

Five-time winner of the award for Best Musical Group, Ashin, the main vocalist of Mayday also had four nominations for Best Lyricist, which he won in 2017, for the lyrics to ‘Almost Famous’.

The singer-songwriter dropped a new track ‘Every Star’ earlier this month, for the soundtrack to the Chinese movie The Island starring Shu Qi and Zhang Yixing. Ashin, who composed the music and wrote the lyrics for this track, released two versions of this song; one featuring Huang Bo, the director of the movie, and his solo version.

It may be the song title and music video but parts of the melody remind one of Mayday’s title track for the movie Starry Night. We’re expecting this latest track to be the next karaoke hit, especially with the easy-to-hum-along-to melody, nostalgic elements and amazing falsetto used in the chorus.

'If I Were Young' – Li Ronghao

It’s probably hard to forget how Li Ronghao won Best Newcomer in 2014, when he was still a fresh face in the industry and people were critical of him. Four years later, he’s undoubtedly one of the most highly acclaimed male singers in all of Mandopop.

The talented singer-songwriter is coming back with his fifth album, releasing his first title track ‘If I Were Young’.

The heart-wrenching song is accompanied by an emotional music video, depicting a story about lost and regret. Starring Hong Kong veteran actor Lam Suet, it tells a story of a man who’s dream was to become a pilot when he was young but had to give it up because he lost a leg. With Li Ronghao’s unique deep vocals, this ballad is set to be the next hit on the charts.

South Korean singer Nicky Lee who emerged as a dark horse and claimed the Best Male Singer title back in 2007, got a nomination for the same category early this year at the 29th Golden Melody Awards ceremony.

Nicky Lee seemed to be well-prepared to return to the fray after a long hiatus with lots of melancholic ballads. His latest track ‘Nothing Missing’, is self-composed, and is the soundtrack for Taiwanese drama Befriend, starring Guo Shu Yao and Akira Tsao.

It’s been a couple of week since ‘Nothing Missing’ was released; it placed 61 on the chart last week but rose all the way to 8 this week. Whether you’re a fan of the drama or not, this is one of the latest releases that’s not to be missed.

Watch highlights of this week's KKBOX Music Supper below, and the full episode here: 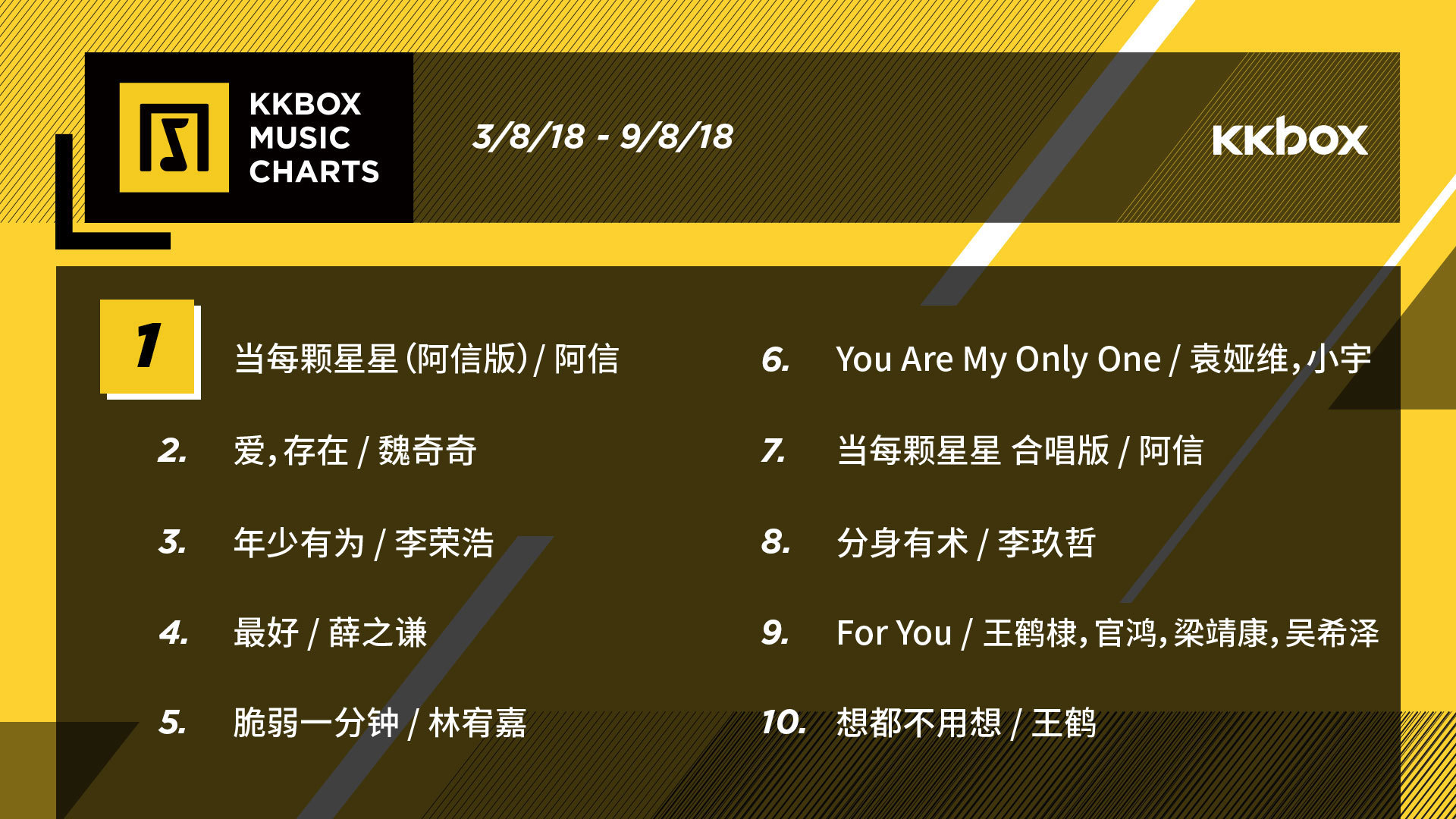