After holding rank as drummer in alternative rock band West Grand Boulevard, he grew frustrated at the lack of importance placed on local music. He felt there was no structure in the music scene and the possibility of building a sustainable career as a musician seemed far and wild. Sharing similar frustrations with local musician Inch Chua, they formed and co-founded Invasion Singapore to fix what they felt was necessary.

"Listening to local music should no longer be the exception, it should be the rule"

Fresh out of school with a wealth of experience from performing local shows, Hyder saught to gather friends from the music community to play shows. With the intention of making the consumption of locally-made music mainstream, Hyder set a clear goal for the Invasion team, an unspoken mantra that would embody the core of Invasion Singapore: "Listening to local music should no longer be the exception, it should be the rule". Noticing Singapore’s abundance of musical talent, a wider audience would not be an overreaching target.

He sought inspiration from the unlikeliest of places: fast food giant McDonald’s, which maintains a business model to appeal to the young through timeless Happy Meals. From the start, Hyder planned for the Invasion Singapore shows to target educational institutions, to reshape and reform the way music is being consumed by the youth. When an assortment of bands, including A Vacant Affair, Caracal and Allura stepped up in agreement to Hyder’s idea, students were already buzzing for the tour to start as soon as word spread. 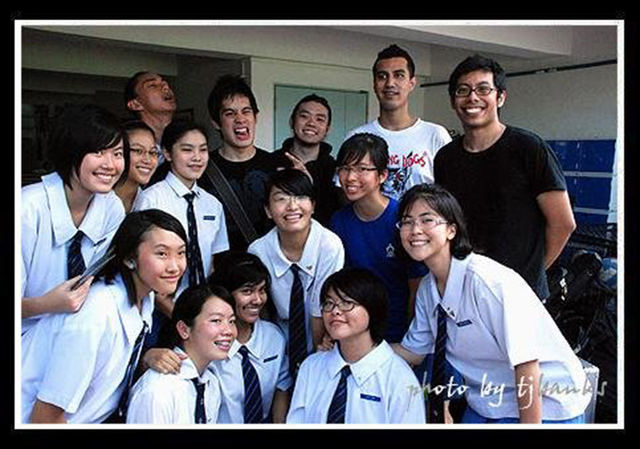 An agreement with Nokia was later struck, further providing them the funding to dig deep and run the first iteration of the tour without having to encounter financial obstacles. "I had an idea, a support network that believed in me, and the audacity to walk into corporate boardrooms alone with no formal agency pitching experience." Hyder remembers. "I also had dreadlocks. Perhaps that made me stand out enough for them to go 'yeah, that guy with the dreadlocks must know stuff about music.'"

Hyder had huge ideas to bring to the table, their first show of the tour at Temasek Junior College opened with a pounding acoustic set by Switchfoot’s Jon Foreman, who was due to perform with his main band at the Singapore Expo Hall a day later. Videos of that very monumental moment still exist on YouTube, capturing the excitement of getting a renowned rock band step down from an extravagant concert stage and enter an academic institution — a surreal scenario for many. Following the commencement of the Invasion tour with an international band, the emphasis on local music would strengthen as home grown bands like The Fire Fight, Cardinal Avenue and Jack and Rai provided a new realm of education for students.

Smartphones were still very new then.

The result has always been successful, as local bands have since flourished in popularity following these shows. Jack and Rai achieved a cult following in the acoustic singer-songwriter faction, recently reformed The Fire Fight has recently attained status of ‘local heroes’, rewarded with a set at the Mixtape stage during Baybeats 2015 while the inclusion of Allura allowed frontwoman Inch Chua find her footing as a self-assured independent singer-songwriter.

"The Invasion tour, then, enabled us to reach a school audience, which is usually not that easy to coordinate here, due to factors like budget, timing etc." remembers the duo Jack & Rai. "It also reinforced our opinion on how important doing school tours are, knowing that several well-known US bands, for example, grow their reputation by touring colleges nationwide. You could say it kickstarted our own efforts to reach the student population, which we still do on a freelance basis till today." 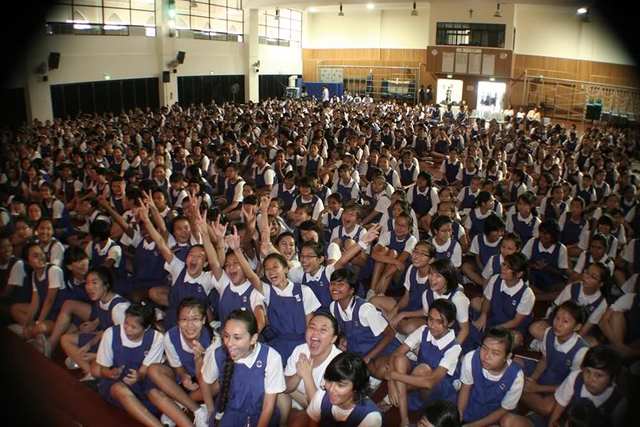 The Fire Fight has nothing but fond memories of their 2008 Invasion tour as well, back when social media was still in its infancy here. "Whatever channels we had at the time (Twitter and Facebook, but mainly Twitter back then) did see a significant jump in fans and interactions whenever we performed at schools that were receptive to our music." says bassist Joshua Barker, who also currently serves as part of the Invasion Singapore team. "There was this one school — ACS Independent — where someone actually made a fan video to promote our gig there, which was really cool. I think it's still somewhere on YouTube."

Through the neverending process of self-discovery, most entrepreneurs would understand the importance of collaboration in their quest for success and achievements. With new ideas and a stronger outreach handed on a plate, it became clear that collaborations help to sustain a business. Eight years after their first tour, the Invasion team teamed up with youth outreach organization *SCAPE to improve on their previous model of setting up shows at schools. *SCAPE's massive reach to youths matched the extensive technical know-how and gung-ho spirit of the Invasion team, laying the foundations for a natural relationship. 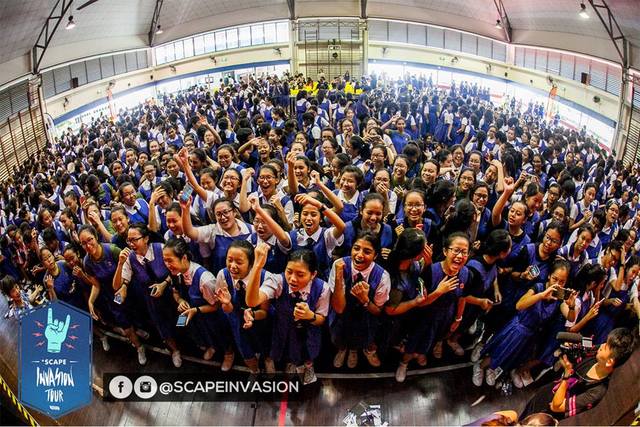 The *SCAPE Invasion tour is currently underway, with a staggering amount of 24 shows in the pipeline for the rest of 2015.

Aside from its strong roots in inspiring the youths to support local music, the Invasion team set their sights on other means to serve the music community. During the days of bringing local music to the masses, the team splits its time in expanding into market research and audience development, helping organisations of the music industry develop relationships with their audience and assist them in spending effectively in music promotion.

"Improving the local music scene" — what does that mean? Perceptions can differ to varying extremes; one musician would steadfastly believe that every band should be entitled to a government grant. One superfan would even fight to have a radio station play local songs all day, every day.

For Hyder and his team, they've been striving for awareness; awareness that would mutate into appreciation, education and action. Invasion Singapore isn't about imparting an obligation, it imparts its own gospel that believes in nurturing and enriching a culture that's undeniably Singaporean. The team of Hyder, Inch and their friends have also evolved into a reflection of their mission — finding possibilities in the improbabilities. 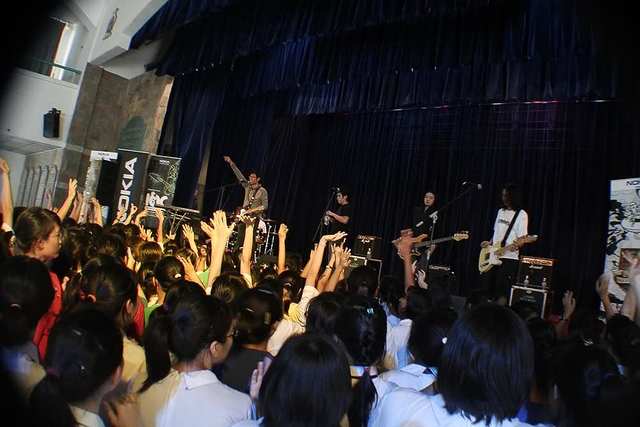 They've turned a passion project into something sustainable. While it's not a cash cow, their endgame serves a higher purpose. Growing into what they've become wasn't easy but Hyder stresses on teamwork that has kept Invasion Singapore going. "Each time you get punched in the face, you have to stand up." says Hyder. "There is no other way. A support network helps you get back up on your feet faster each time you fall."

Five years back, the very few responses for trying in improving the local music scene were usually met with a questionable 'why'. With more Singaporeans exposed to raw unseen potential in our backyard, these responses have evolved into 'how's and 'what's. "How can we help? What can we do?" Invasion Singapore has since been finding an appropriate answer for that and with the Scape Invasion tour pulling in the crowd, the path towards a stronger, more organic local music culture seems more real with each school stop.