Someone once told me that song lyrics are but musical poetry; a fact that was lost on me at the time as a young writer. However as one progresses on in their literary journey, it doesn’t take long for one to realize that all creative disciplines are interconnected. After all, isn’t David Bowie an accomplished musician, writer and actor (think more ‘The Man Who Fell to Earth’ and less ‘Labyrinth’).

Latching on to that mind-set, it is no sweeping statement to say that the word (spoken or written) is the starting point for many artistic disciplines. Describing words like the roots of a tree, Lit Up Singapore’s Programme Manager, Carolyn Oei points out that language is a base that expands into other branches of art (theatre, music and comedy).

However, in a society ruled more by figures (with Principles of Accounting trumping Literature in schools and banking the preferred occupation of choice), words and literature has become increasingly neglected in Singapore. And, that is precisely where Lit Up Singapore comes in. Now into their 6th edition, the multi-disciplinary arts festival is a celebration of language and its various permutations.

Taking place at the Aliwal Arts Centre, last weekend saw a congregation of word slingers, actors, musicians and the general public revelling in the religion of language. Many streamed to the various workshops across the two days; highlights included puppetry, improv and world music workshops. On top of that, many flocked to the sermon of poetry readings by local poets, Desmond Kon and Suzanne Choo. 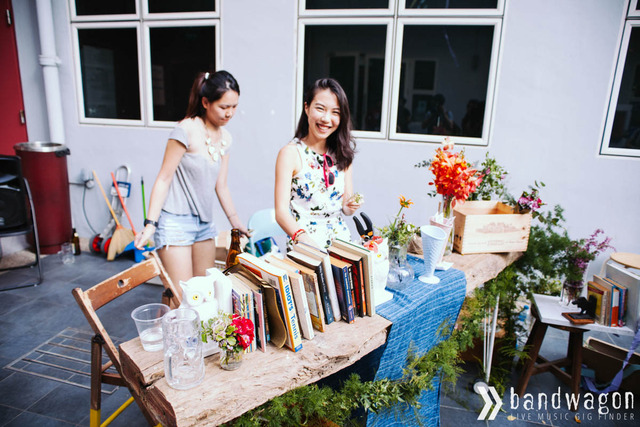 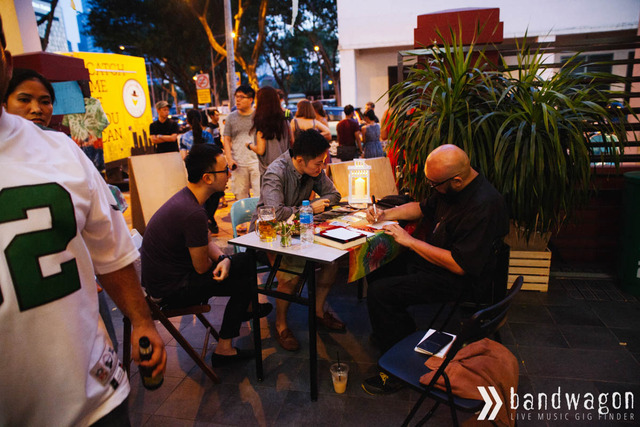 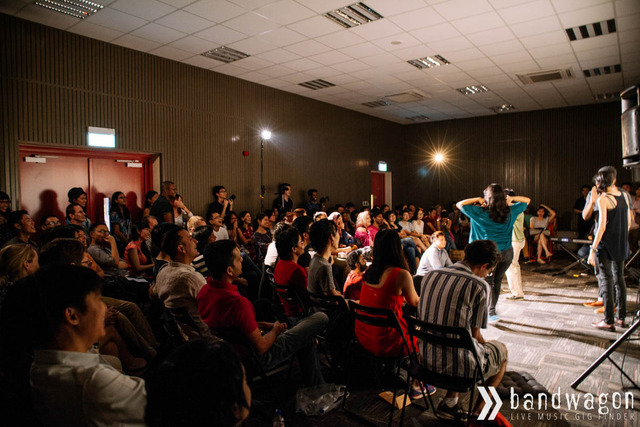 In addition, the Lit Up crowd were also treated to the Market of Experiences. A regional pop-up market collective; the bazaar was an eye opening experience of DIY tie dye t-shirts, old school capsule toy machines dispensing mini prose capsules and my personal favourite, Tarot Poetry. Using tarot cards as a narrative tool, multi-disciplinary artist and tarot reader, Irving Paul Pereira took three selected cards as a base to devise a personalized poem for each patron. By doing so, Paul hopes that he can help others write their own life story. Over the course of our conversation, Paul shared how he views his words as a motivational tool that transmits emotions and ideas.

But, Paul wasn’t the only one broadcasting his worded thoughts and ideas. Venturing beyond the market experience, I was easily lost in the sheer variety of performances that Lit Up Singapore offered. I got my funny bones tickled at the improv comedy shows and brain cells stimulated with avant-garde theatre performances like ‘Prodo Imitatio’; an experimental monologue by Indonesian performer, Indra Parusha. After all, when a man looking like a cross between Beetlejuice and the Joker rants on about Indonesian politics, corruption and education, it is hard to look away. Equally compelling was the poetry collective, Party Action Party, whose poetic sketches about the idiosyncrasies of television certainly fit the show’s title ‘Everybody Hertz’. 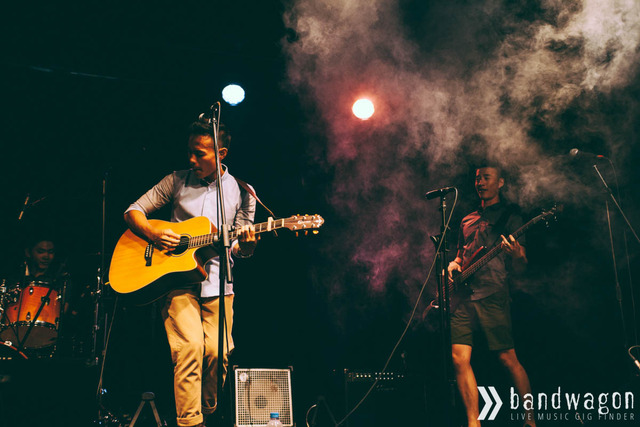 Lastly, let’s not forget about the music. Over the course of two nights, six bands took to the Zalora Nights stage and none failed to deliver. With a diverse line-up consisting of local folk-rock powerhouse Monster Cat to the funky Lion City Ska Jazz Ensemble, each band served up a vastly different experience. Despite the commonality of words (or lyrics if you prefer), every band had their own unique musical interpretation. Much like poetry, each line of song lyrics acts as the platform for each artist to convey emotions and opinion. And with that, I thought back to my opening remark and realized that it was incomplete. Reflecting back on my Lit Up Singapore 2014 experience, the festival had opened my eyes to the possibilities that words can provide; infinite.