Saturday afternoon and I found myself keeping company with Rivermaya. For the uninitiated, Rivermaya has been around for - shy of a year - practically a good decade (since 1993), and shot to fame by being one among several bands who kickstarted the alternative rock explosion in the Philippines. Despite undergoing numerous rounds of musical chairs in terms of band members in recent years, the current lineup of four troopers is as follows: including Mark Escueta, Mike Elgar, Norby David, and Ryan Peralta.

Like the seasoned, relaxed pros they are, Mike, Mark, Norby, and Ryan (as they were introduced to me) seemed of course perfectly unfazed by their soon-to-materialize gig. Moreover, they came across as sincere, personable, and most certainly humorous, from poking fun at Mike's painted nails - the talons on his left hand sport a rather fetching sage green - and joking that Rivermaya's 'qualifying criteria' requires all band members to be under 21 years old (with regard to the numerous lineup reshuffles in recent times) to promoting their music online, and earnestly sharing their opinion on digital music: "We support it for the convenience and the worldwide accessibility it enables, but hope that it doesn't devalue the effort that musicians put into making music; technology makes it too easy to copy and distribute music." 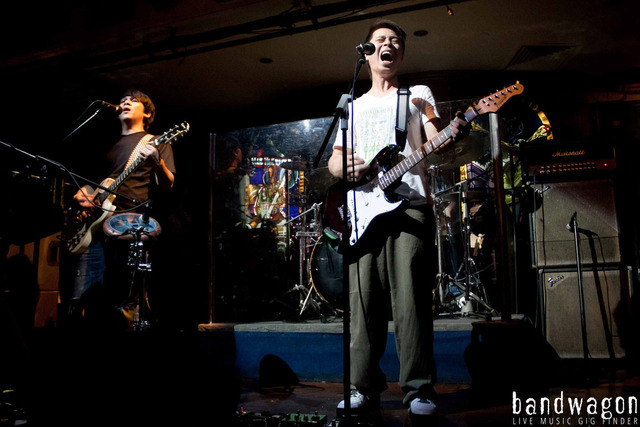 And then, Saturday night at Hard Rock Cafe, enter onstage:  the seasoned Filipino rockers, and a crowd comprised primarily of their countrymen and women eagerly anticipating the show that is to come. The band clearly shared good chemistry and as Saturday night's performance displayed, enjoyed themselves pounding it out together up there. Peralta's gusto on the drum set sure was particularly inspiring to this writer.

Lasting almost two full hours – excluding the post-show lucky draw component in which an electric guitar was given away – and sixteen songs delivered emphatically in a mix of Tagalog (naturally) and English, the gig was helmed mostly by Elgar and Escueta, who took lead vocals in turns, with David singing a number every now and then. There was a surprise element when a ‘guest star’ guitarist, really a random member of the audience, came onstage and pulled off a fantastic impromptu solo in the set. Not only were they good at putting up an entertaining show, these guys also dabble in philanthropic acts as well. Ten percent of all gig and merchandise proceeds are directed towards the Philippines Red Cross in aid of the recent Manila flood victims. Nice touch, Rivermaya. 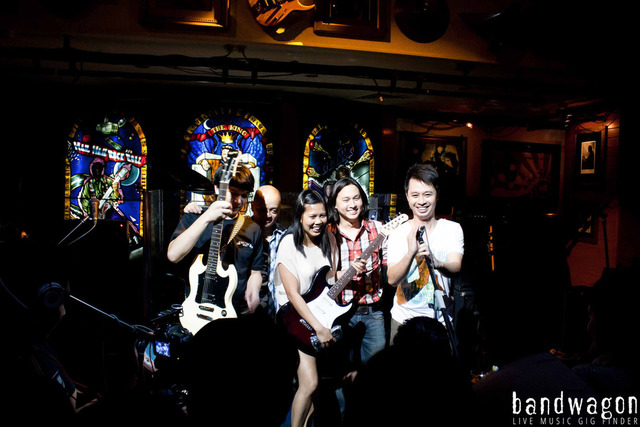