It is only natural to question one’s attendance at an event where everyone is considerably much, much younger than yourself. Having pledged allegiance to boy bands of another era, the process of questioning can only be more rigorous.

Cult musician, Momus once said in his column in Wired magazine: “Hell is other people’s music.” He went on to say that people were generally all right (thanks?) but it was their music that he cannot stand. And while the other misanthropes find familiar truth in his rewrite of Jean-Paul Sartre, I find it quite arrogant to classify music as ‘good’ and ‘bad’.

While we’re still on ‘other people’s music’, well, here I was: at a Jonas Brothers concert. On the Fort Canning grounds, it was overwhelming to take in the surroundings even before the boys hit the stage. I saw children, pre-teens, teenagers, bored looking chaperones, excitable chaperones, crying girls, fanboys, people still in school uniform, indie looking people. I don’t where I fit in but here I am. It’s not exactly hellish, these other people but it was a definitely different vibe from the last gig I went to. 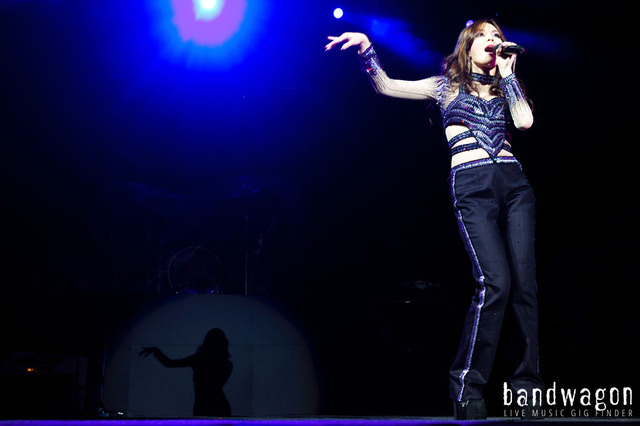 Opening act, Anna Maria Perez de Tagle performed a short set sans backup dancers which could have enhanced her performance a lot more. Still, the crowd lapped it up. Four songs later, she was done and the countdown to the Jonas Brothers was on. Ah, the Jonas Brothers. Nick, Joe and Kevin. Nick is somewhat a genius, multi-instrumentalist, songwriter, sang in Les Mis, dated Miley Cyrus, has impeccable curls. Joe Jonas is famous for dating a string of pretty and famous ladies including that Taylor Swift character. Kevin is uh, married. Together they are at one point (okay, they’re still quite cute now), the hottest band of brothers around.

‘When You Look Me In The Eyes’, sappy ballad started the night to entice the crowd… not really, they were already 110% into it the moment they walked in Fort Gate. This theme went throughout the 27-song strong set, the eyes closed singing the choruses in solidarity, I spotted some clenched fists, more crying, dancing – the turn out may not be festival-esque (plus it was the first day of the O Levels I was told), but this small group packed quite a feisty punch. Halfway, I felt bad for not knowing the words to most of the songs. And that good-looking Joe Jonas was walking around the stage, and later in the crowd with the mic turned on us for us to sing. I’m so sorry, Joe. 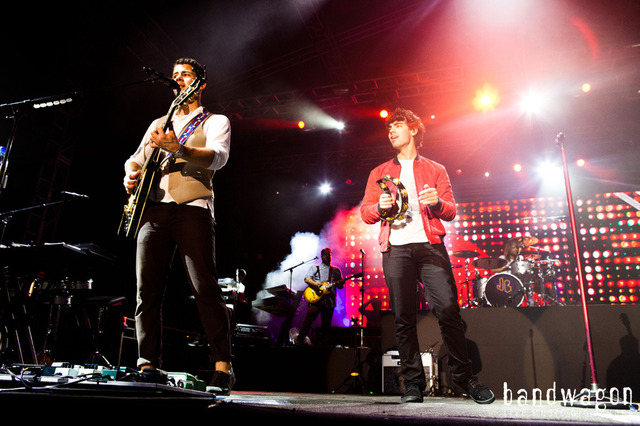 There were moments during the concert where the brothers displayed some excellent music skills. Sure there were the fun tunes with flashy background visuals that got the people dancing but the point when the brothers and their full band, violinist included, decided to come together centrestage, dim down the lights and function as an ad hoc folk band were the best part of the night for me. They lent songs such as ‘Pushin’ Me Away’ and ‘Gotta Find You’ a more intimate element and with a violin, mandolin, and Nick playing a million instruments, a more folk sound. The encore, though only one song ('Burnin' Up') was a strong one. They did not have to pull anymore acrobatics/magic tricks/turn on the charm for the final vote because yup, we're all sold. Even me.

Even for a Jonas Brothers freshman, I would say that the night was full of surprises. Besides performing songs from every stage of their career, even their solo material and their venture into acting and that delightful folk band stint, they also announced that they were back in the studios recording their new album and generously sang four new songs that night, including Nick Jonas-penned and heartfelt ‘Wedding Bells’, that is speculated to be about Miley Cyrus. The new material immediately caught on with the crowd. A good sign, boys. 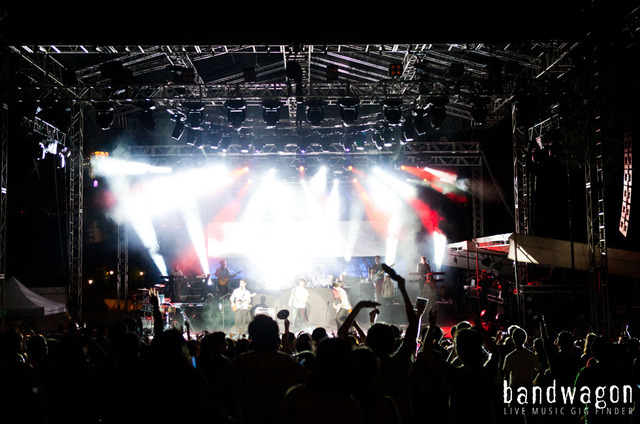 What Momus said about hell being other people’s music, I’m not even going to buy that philosophy. Post Jonas Brothers, I realized that I had genuinely enjoyed myself. Jean-Paul Sartre, besides lending his philosophy to music writers to rewrite, also introduced the concept of existentialism which was a philosophical approach to understanding human existence and experiences. After braving crying girls, a PG13 mosh pit, screaming boys, and realising how surprisingly good looking and charming these boys are, I think I have done my part in your philosophical movement, JP Sartre. 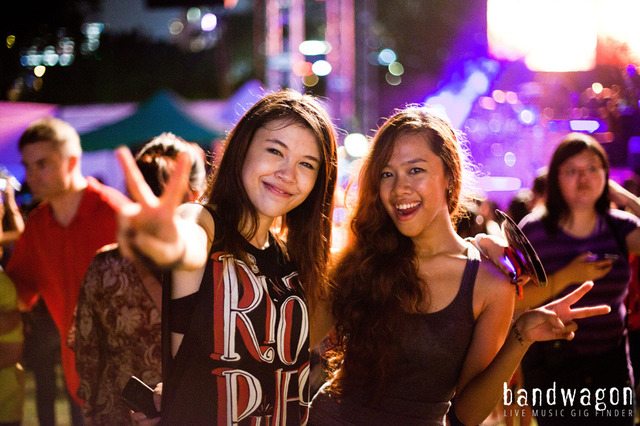