Anticipation is a pretty powerful feeling, and it could be felt in abundance just hours before the concert for Death Cab for Cutie tonight. Unseasonal monsoon rains during this time of the year gave an early splattering an hour before the gates were opened. Chris Walla, the guitarist (who also arranges music for bands like Tegan and Sara, Nada Surf, The Decemberists and The Postal Service) adapts the band’s music to the space for each performance; choosing the lush grounds of Fort Canning Park, Singapore’s first Botanic Gardens as the backdrop for their sold-out sophomore performance – one of the most eagerly - awaited gigs of 2012.

The surroundings, cooled by the early rains, warmed with Ben Gibbard’s pristine voice and borderline maudlin intonations, as the Indie rock band from Washington started the night off with ‘A Lack of Colour’, off Transatlanticism [2003]. The song embodies the band’s lyrical style - melodic and forlorn, intelligence intermingled with ignorance, hopelessly romantic but wary of love. Already, one could sense the emotional powder keg being set in place and the charges plugged in slowly as the fans beguiled, sang along. 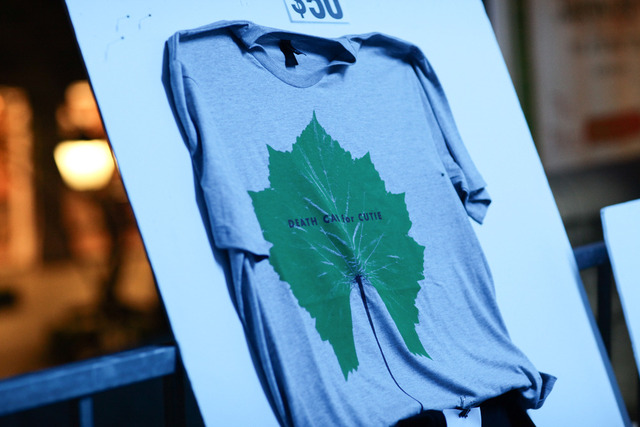 The more acoustic-driven pieces from their earlier albums possessed rawness in emotional overture that probably prompted the band to start with songs from 2005’s ‘The Plans’ and ‘Crooked Teeth’ rather than 2011’s Codes and Keys, the band’s latest album – their 7th to date.

"The goal of every song that I write is that someone can put it on and listen to it and be taken into the story of the song or at least take away interpretation that places the song into their own lives." Ben Gibbard

Parched, I took a break from the humidity at the front of stage and grabbed a beer to cool off. That was when 2008’s Grammy Award nominee for Best Rock Song, ‘I Will Possess Your Heart’ came on. It was a 10-minute long ‘Can Jam’ that had the mob in rapture as the pulsating extended instrumental dug wells in everyone’s hearts, which Ben proceeded to pour his soulful voice into. There was an uneasy sweetness to the stalker-like anthem – my personal favorite and one that got the crowd buzzing with excitement.

"Sticky Heat is here in Singapore with his whole family. He said they’re coming to the outdoor show tonight." Ben Gibbard

Warmed up and sweaty, the band worked through the heat and equipment failure midway to take time to promote their latest album and start a volley of banter with the audience.

Lapping up hits like ‘Marching Bands of Manhattan’, ‘Long Division’ and ‘Codes and Keys’. The audience seemed to be divided into two camps. In one camp, those that preferred the angsty guitar melodies and cutesy lyrics of the previous albums; in the other, newer fans won over by the group’s 2011 album unleashed excitement upon hearing the opening vocal loop of the album’s most radio-friendly song, ‘You Are A Tourist’.

Dropping my plastic cup into a chute, having drained its contents, I started questioning the merits of Death Cab’s recent music shying away from the squirmy guitars and squirrelly beats in preference of a more mature sophisticated use of noise machines and loop pedals. I suppose the attempt from Codes and Keys to expand the group’s musical repertoire probably gave its latest songs an edge when performed in a large space, as the added effects lent its hand to create better atmospheric music. 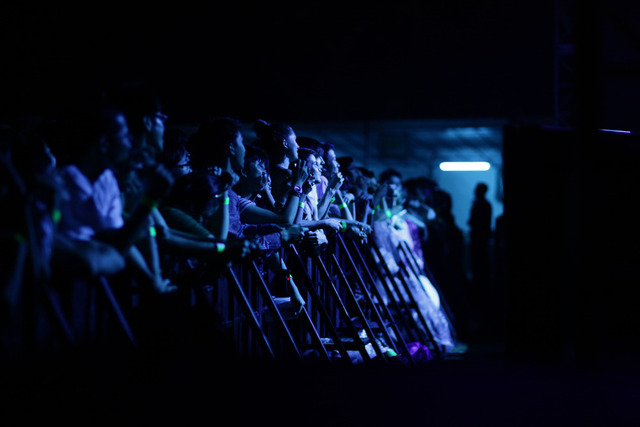 Crowds danced in swaths all over the grounds, united by a stripped-down rendition of ‘I Will Follow You into the Dark’ as adoring fans sang along to the deathbed love anthem; the atmosphere at Fort Canning spine tingling as couples embraced.

After a generous 2.5hr set, the band performed their final piece of the night – Transatlanticism – prompting memories of how some of us have probably shared the song with our first loves. Finally, the lights came on as the night ended in dreamy fashion with both camps of fans admitting they’ll probably follow Death Cab for Cutie into the dark all over again...