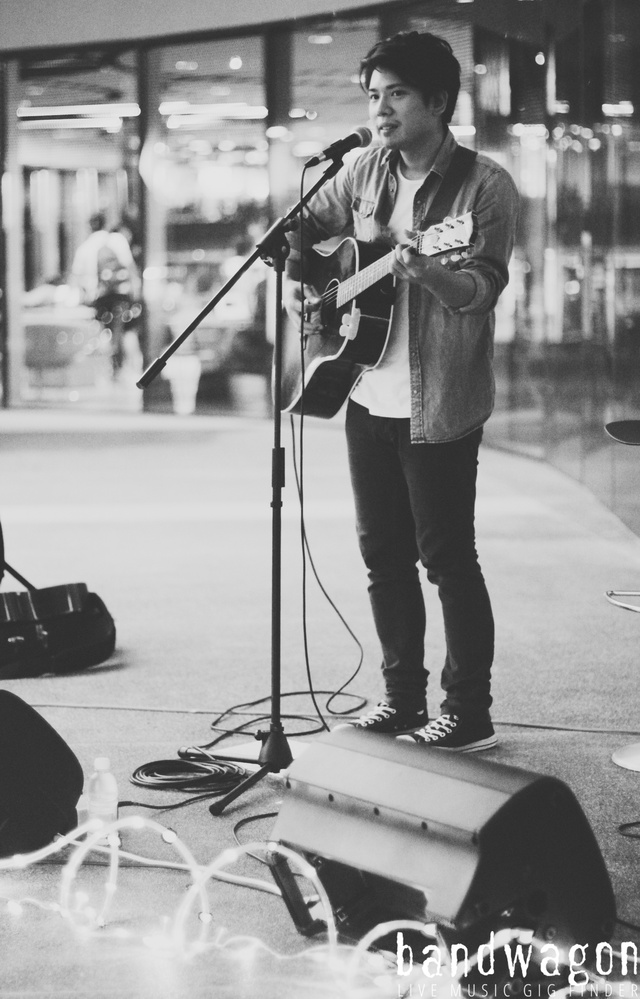 While Valentine’s Day had wrapped up the day before, it seems that the folks at Live Lounge decided to prolong the mood a little. And at their penultimate show for the season, the light rain, the modest set up of tube lights, picnic mats, and cushions along with the line-up of Yuji Kumagai and Jonathan Meur did much to complement the post-V Day lull. Even in a stress-inducing environment aka university, the music making of both acts made most of the varsity crowd put aside assorted homework and readings for a while. No loud music here for tonight!

Yuji Kumagai armed only with a guitar and sans full band took precedent, starting smooth with a couple of stripped down Cashew Chemists’ tracks. Although not the usual dance-y, rock and roll fervour we’re accustomed to, Yuji’s breezy vocals kept things refreshing. This old soul clearly has a penchant for a catchy melody, and while the set consisted mostly of jaggedly absorbing numbers, there were some softer, more emotive pieces in there as well, his cover of Damien Rice’s ‘Delicate’ being one. 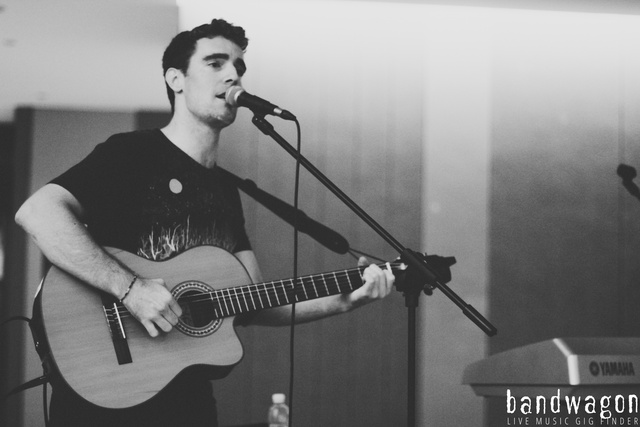 After leaving the crowd positively in a dreamy haze, it was Jonathan Meur’s turn to charm. And that he definitely did. Usually on guitar, it was a first for many of us to see him on keys. Still, he had a handful of surprises, particularly his somber (but lovely) rendition of ‘Can’t Get You Out Of My Head’ by mega popstar Kylie Minogue. Taking it further to melancholy lane, he followed up with Radiohead’s ‘No Surprises’. Despite his good choice of covers, it was when he swapped keyboards for the guitar and started on his crowd pleasers that we looked forward to the most - the pensive ‘Telegram’ and ‘Strangers In Motion’ that is. One thing about Meur is that he has all the makings of a modern day troubadour, combining lyrical wistfulness and nostalgia in his delightful musical arrangements.