"Oh cool! So do you guys have Facebook?" asked drummer Daniel Tracy when we told him about an excellent Szechuan restaurant in the Selegie vicinity. "Oh… yeah, sure we do," we said as we shuffled awkwardly, a mix of awe and nervousness about this 'casual' hangout with the members of Deafheaven. Scattered around the front doors of an office building in Bukit Merah, we found ourselves having conversations about Mogwai, the bands we've watched in festivals, their upcoming show in Chicago for Pygmalion Festival, American Football (!!) - pretty much a pleasant, casual chat.

Except that we had just got out from the most intense show we have ever had the pleasure of attending - count spit and sweat in your face, some pretty high-level eye contact going on, screaming along to the lyrics because it was the right thing to do, hand grabbing with charismatic frontman George Clarke; something we'll get into later.

It was a nice touch and understandably appropriate that Nothing's Guilty Of Everything played over the PA before the bands came on. The shoegaze outfit from Philly with roots in hardcore and punk are in the same vein as their brethren in Deafheaven. A magnificent marriage of harsh black metal howls, uplifting post-rock and dreamy shoe gaze sounds, Deafheaven has effectively done what no other band has done before - they've opened up the genre of black metal to a whole new segment of music fans. A quick scan of the crowd that night at Beep Studios would see not only black shirts and gauged earlobes. Heck even Apple Inc. are on the bandwagon, featuring the cover of their perfectly executed LP Sunbather for a keynote on the iPhone 5C. 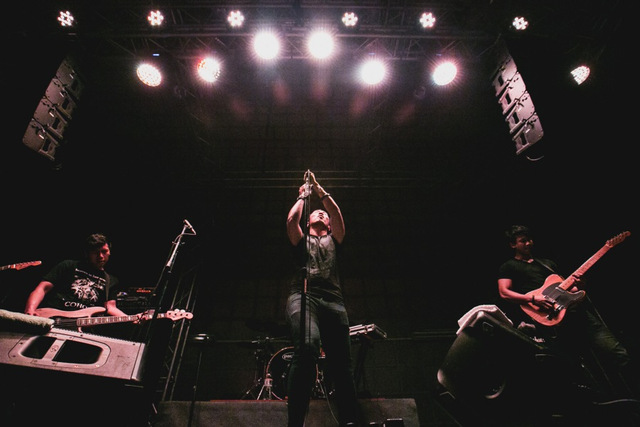 Local progressive hardcore favourites Paris In The Making had the honour of opening Deafheaven that night. Much like Deafheaven, PITM have always been absorbing to watch live for their juxtaposition of quiet passages and tumultuous chaos in their music. The rivetingly peaceful instrumental shifts and Salihin's harsh vocals entwined beautifully together to go for the emotional sucker punch, perhaps a warm up to what we would face later. By the time they ended their set with the poignant 'Lonely Sky Bids Farewell', folks around us were visibly moved - and the (metal) party hasn't even started yet.

Without any greeting of sorts, Deafheaven plunged straight into the blistering opener 'Dream House' and from where I was standing (coincidentally, front row at the railings), the ruckus had already commenced. On the instrumental end, lead guitarist Kerry McCoy and the rest of the band worked hard to create an ambience that was both intoxicating and enthralling, all at once. To ground us, we only had the formidable drumming of Daniel Tracy and the vocal assault that was George Clarke. Tracy's drumming acrobatics have to be commended, especially during that long instrumental segment in 'Vertigo', with precision, style, and ferociousness, he nailed every gatling gun blast-beat and swelling, thunderous crashing on the setlist. Witnessed live, this majestic coalescence of black metal with shoegaze/post-rock elements had an even greater impact than on record. 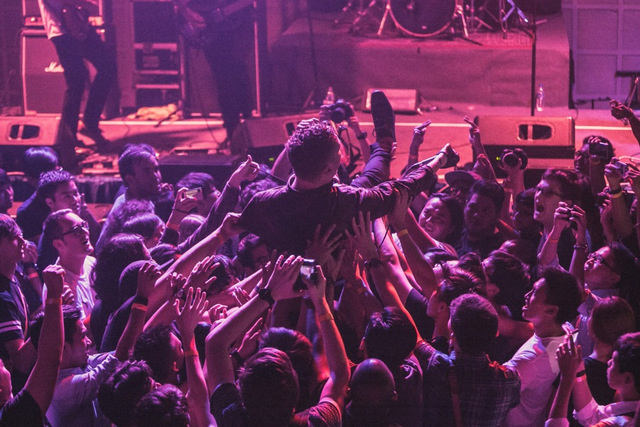 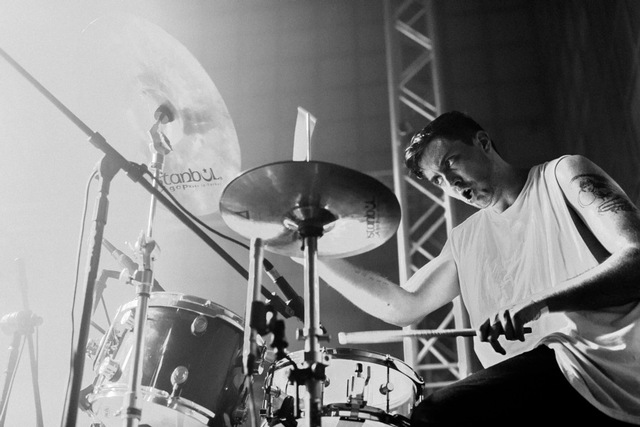 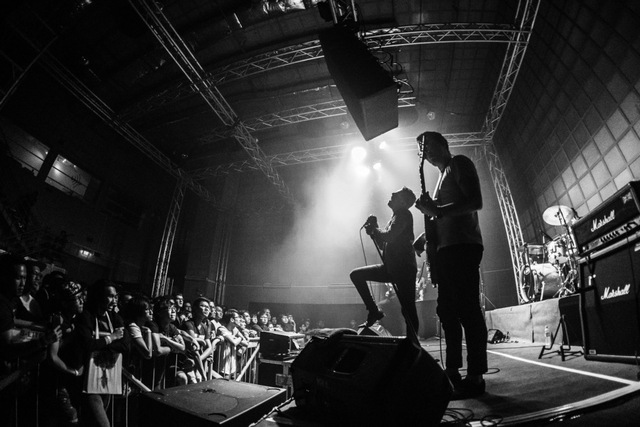 They showcased the overwhelming Sunbather album in its entirety, while also revisited Roads To Judah during the encore performance of 'Unrequited'. So much can be said about the triumphant album that is Sunbather. Both a sonic success and a favourite among critics (Pitchfork gave them a high score and a 'Best New Music' stamp on the album), Sunbather has pushed the perimeters of how epic extreme music can go. And yet, there is structure, and there is emotion. It translated profoundly into their performance that night; there were moments of loudness and aggression and in some rare pockets in between, there were seconds of serenity and enlightenment. We did hope for them to kick out their Mogwai tribute by playing Punk Rock/Cody live but later on Daniel Tracy informed us, "We haven't played that one in a long time, man."

And then there's George Clarke. Black metal in dress shoes. At the helm of the chaotic sequences in the show, is this charming man, part conductor of atmosphere in the room with arms, wrists, and hands and part bringing on the sonic hell. With his piercing eyes constantly scanning the crowd, the scattered spitting around the stage, his visceral metal growling (sometimes sans microphone), the theatrical prancing onstage - he made for compelling viewing and listening. When George Clarke screams "I want to dream", he makes us all feel like we want to as well. And we did. 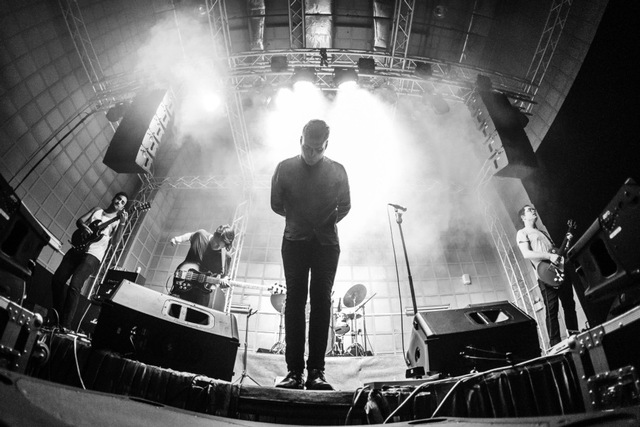