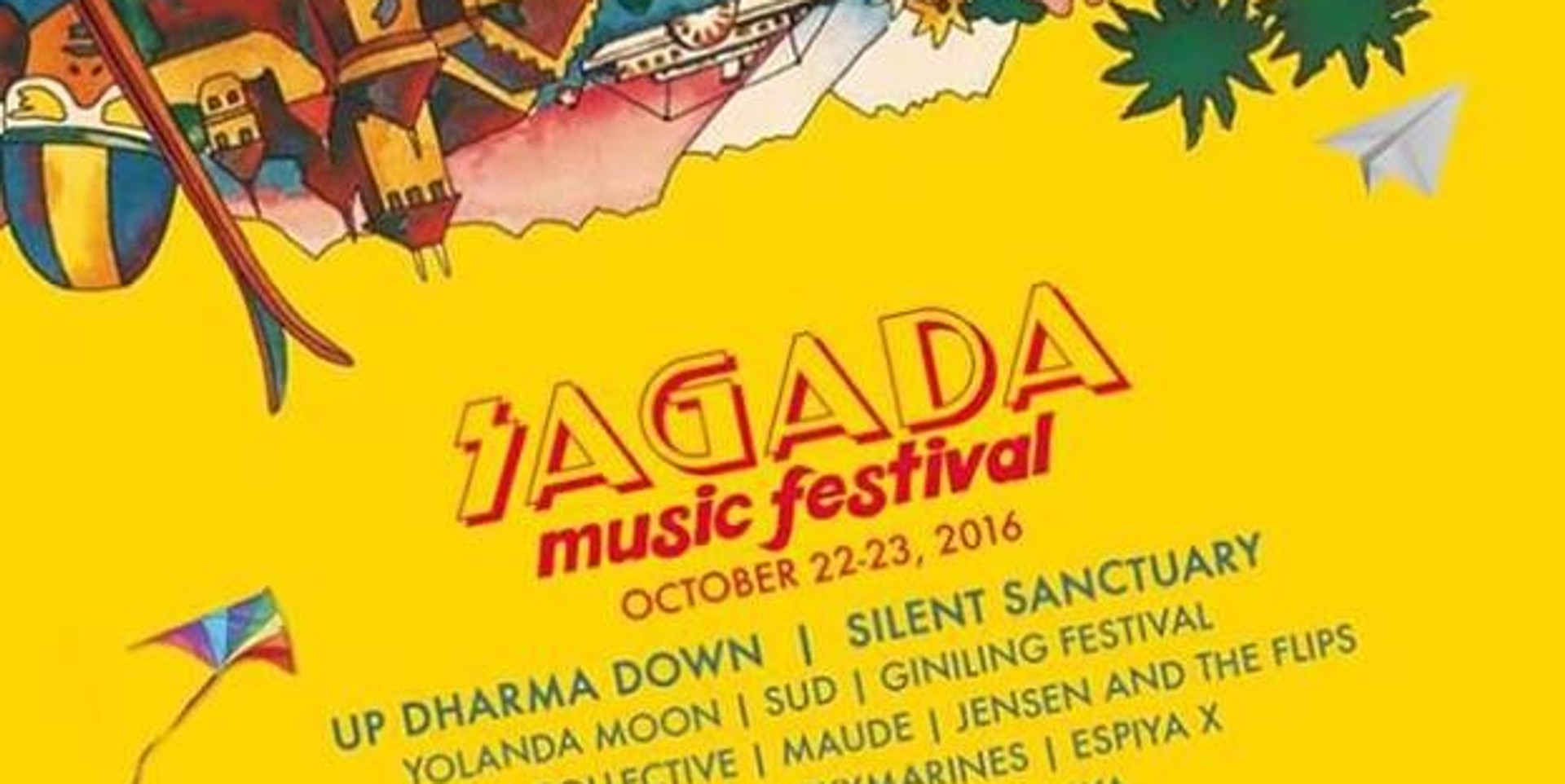 Music fans from all over the metro had to swallow a bitter pill with their lunch today as it was confirmed that the highly publicized Sagada Music Festival is indeed a scam.

The legitimacy of the event was first questioned when indie favorites Up Dharma Down tweeted about it last night, discouraging their fans and followers from buying tickets for the alleged event until there is 'confirmation that event is pushing through.'

"I was told by the promoter that he will be out a few weeks prior to the event but he will be back and we can sign the contract [...] that's all," said Toti Dalmacion, founder of Terno Recordings. Aside from UDD, more bands under the Terno roster - Maude, Giniling Festival, Yolanda Moon, The Ringmaster and Skymarines - were all slated to perform at the event.

The said bands were supposed to play together with The Ransom Collective, Silent Sanctuary, Sud, Jensen and The Flips, Espiya X, Sagada Rasta and Bughaw Laya. The 'festival' was supposed to take place on October 22 to 23 but the promoters failed to confirm to the artists if the event would push through or not.

The Facebook page for the 'festival' posted about their early bird promo rate of 2,500 PhP towards the end of September and have announced that the promo has been extended til October 15. Interested parties were asked to fill out a Google form (see below) and send their payments to a certain 'Francis S. Dy' via Cebuana LhuillIer or LBC. They were then asked to send a scanned copy of the receipt via email and wait for a confirmation email with their ticket number. 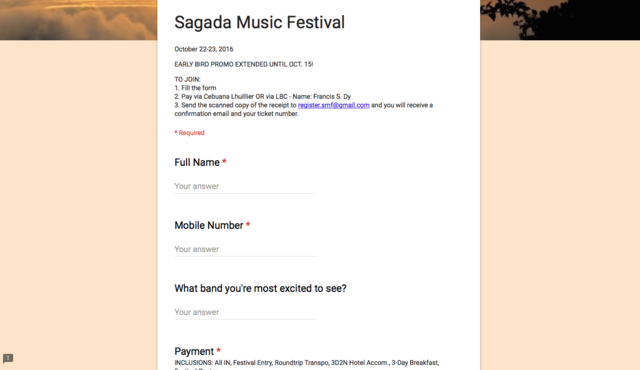 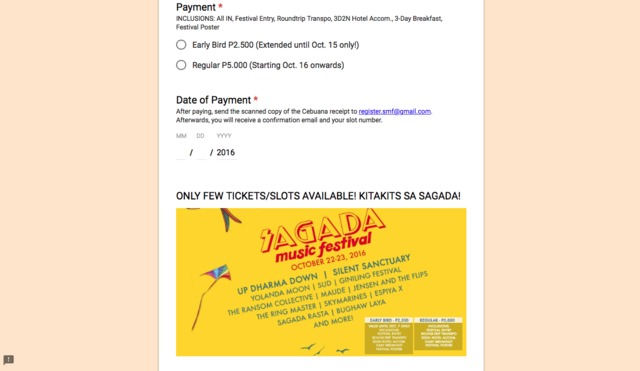 Promoters have allegedly used dummy accounts on Facebook, created under the names Matilda McGill and Jimmy McGill, characters from the Breaking Bad spinoff, Better Call Saul. All Facebook accounts have been deactivated as of this morning. The Google form used to track registration is no longer available as well. 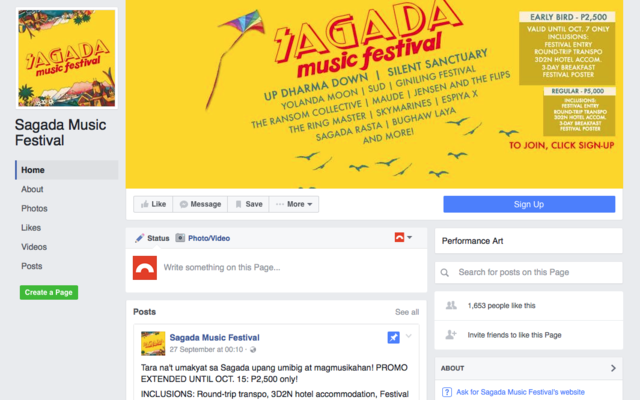 Locals from Sagada were also quick to claim that they had no knowledge of a music festival taking place in their town.

"The event is a total scam. We, the locals, [don't] know [about] its existence. The local government doesn't know about it." Gareth Likigan from the Sagada Genuine Guides Association  Inc. (SAGGAS) said. "The details on the poster [are also incomplete]. No contact [details]. No sponsors. No venue. And the [ticket] price [is] even lower than travel package tour posts." 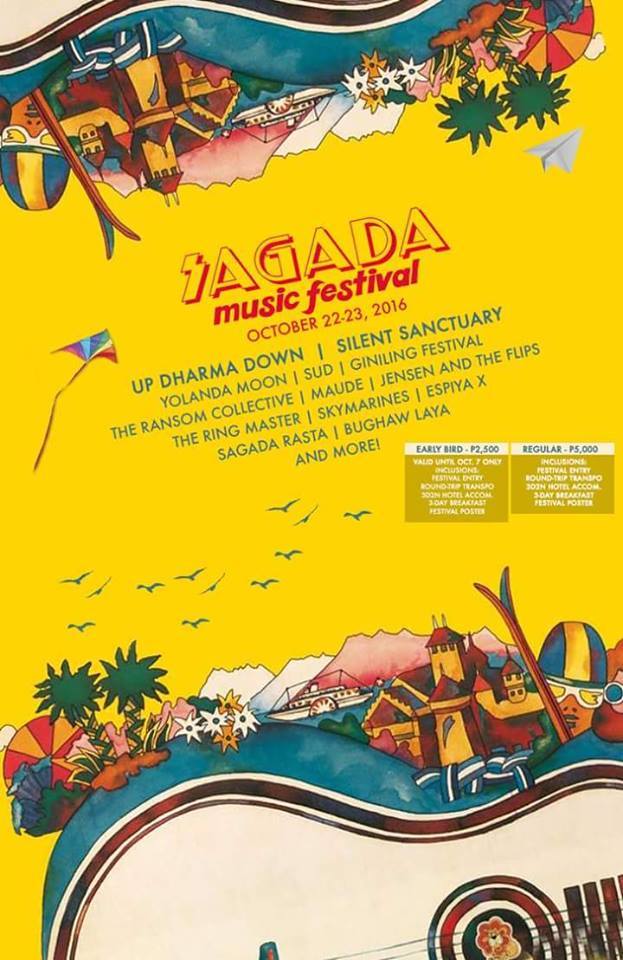 According to SAGGAS, Sagada Bonfire Festival is the only other legitimate festival in Sagada (aside from the Etag Festival in February) that takes place annually in December. The event was also highly controversial in 2014, when it was co-presented by travel agency Travel Factor.

If you've made payments to 'Sagada Music Festival' via LBC or Cebuana Lhuillier, kindly send your complaints along with copies of the receipts to sagadafestivalscam@gmail.com.