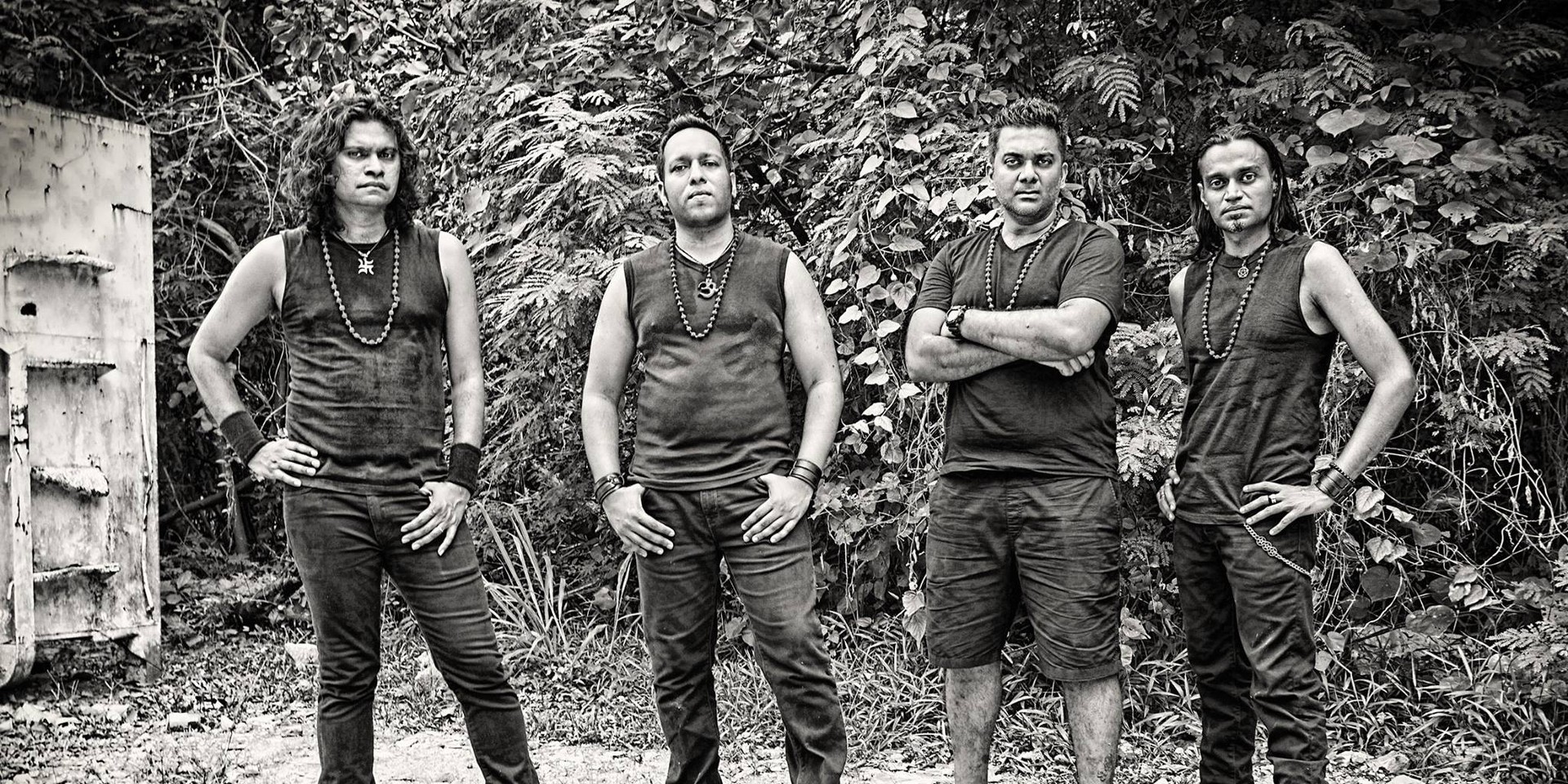 The first ever edition of Metal United World Wide in Singapore is quickly approaching, with many pioneer bands returning to take part in the historic show. MUWW is a community project by and for metal music lovers — a series of shows planned to take place all over the world on the same day, 5 May 2018, to showcase the solidarity of the global metal music scene. The Singaporean line-up will feature an all-local arrangement, featuring 12 local metal bands, including epic Vedic metal band Rudra.

Rudra has been a core member of the local metal community since their emergence in the early 90s. The band's current line-up consists of Shiva, Kathir, Vinod and Simon. They draw their inspiration from their heritage and spiritual beliefs, with the inclusion of traditional instruments such as tablas, sitars and flutes alongside harsh vocals, blistering guitars and pounding drums.

Bandwagon had the pleasure of talking to Kathir about the music they're planning to release, performing with their old friends again at Metal United World Wide, and their hopes for Singapore's metal scene. Check out the complete interview below.

The band has been around for 26 years. What keeps the band going?

We simply love music, especially Metal. We did not attach a commercial ROI to what we did as Rudra. The aesthetic enjoyment of being in the band, playing and creating music, outweighed the commercial value of the band’s music. Managing our expectations that way and knowing what we wanted out of the band allowed us to develop a strategy built around sustainability. That really worked for us in terms of longevity and having releases 8 albums over 26 years.

What made you guys want to play at MUWW?

We are currently busy with a couple of projects with Rudra but the vision MUWW and Vent Box compelled us to take a break and prepare for the show. Apart from that, I have never seen such an illustrious line up of Singaporean bands all at one festival. I guess that made MUWW simply irresistible.

The folks behind MUWW at Vent Box told us that they hope that people in the scene can really come together for this event, from people who’ve loved metal for decades to the younger generation. From your perspective, what does Singapore’s metal scene need?

In my opinion, it needs continuity with more shows, more albums and bands not breaking up. These can guarantee a thriving a local metal scene that can even go global. I wished bands had a strategy when they are active. Because doing the same thing again and again will not produce different results. We need to adapt in our local environment to survive and even thrive.

There will be a total of 12 bands, each flying the flag for a different sub-genre of metal. For those who are unfamiliar with your band, how would you describe Vedic metal?

It is basically a cornucopia of traditional Indian music modalities fused into metal. And of course coupled with philosophy and Sanskrit in our lyrics.

Your last album was in 2016 and as you posted on social media, you’ve started work on the next one. How’s it going so far? Do you write pretty regularly, or do you just start work on music when the feeling hits?

In Rudra, everything is planned well in advance. We do not leave anything to chance. We will be releasing three albums this year to commemorate our existence of 26 years. These three releases will present unheard music from the 1992-1995 period, covers of bands that predated and inspired Rudra, and finally a session recordings from the Blackisle Studio during the recording of the Brahmavidya Trilogy (2004 to 2011).  At the same time we have started writing for the next full length album planned for a 2019 release.

You’ll be playing with several veterans in the metal scene like Meltgsnow and Bastardized. Do you have any memories of them back in the day – playing on the same bill, seeing them at gigs, etc?

We go back to the days of the then Plaza Singapura in the early 90’s. The spot where we hung out was exactly where Starbucks is today. Those were the days when we were hanging out with the guys from Debauchery, Bastardized, Harvester, Exile and many bands that do not come to my mind right now. Great memories and we are going to relive it at MUWW.