Earlier this year, we had the utmost pleasure in (virtually) attending the Coachella Music Festival from the convenience of our couches/beds/toilet seats through the magnificent technology of livestreaming on YouTube. This weekend, ready yourselves again for another three days of incredible music performances happening over in Lollapalooza 2014, broadcasted live thanks to the awesome folks at Red Bull! For the first time ever, Red Bull TV will be streaming the festival on three channels filled with live performances across five stages and backstage interviews with the world-renowned artistes gracing this year's lineup.

Started in 1991 as Jane's Addiction frontman Perry Farrell's farewell tour for his band, the festival carries on at the scenic Grant Park in Chicago, sporting a diverse lineup covering indie, electronic music, hip-hop and alternative rock. Audiences (both at home and at the festival) will be treated to the likes of Arctic Monkeys, Outkast, Skrillex, Into It. Over It., Rudimental and many more - over 100 acts to be exact. It's a hell of a lineup and now you can reserve your front-row seats too with our Singapore-friendly timetable of the Red Bull TV's live broadcast. You're welcome, once again. 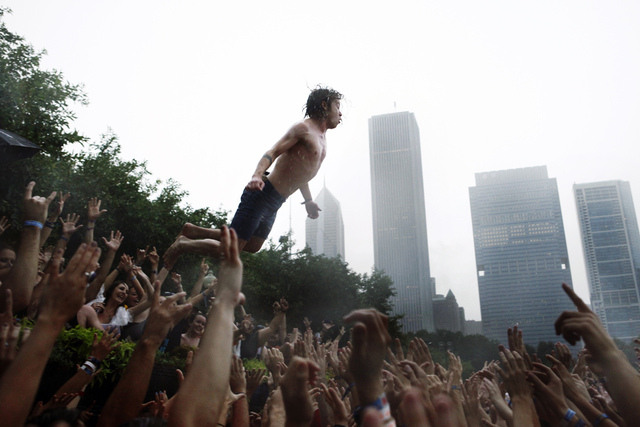 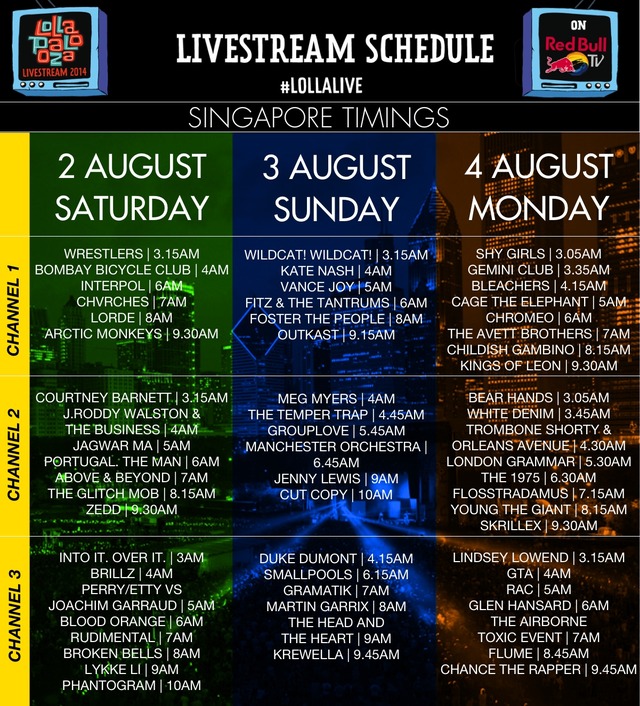