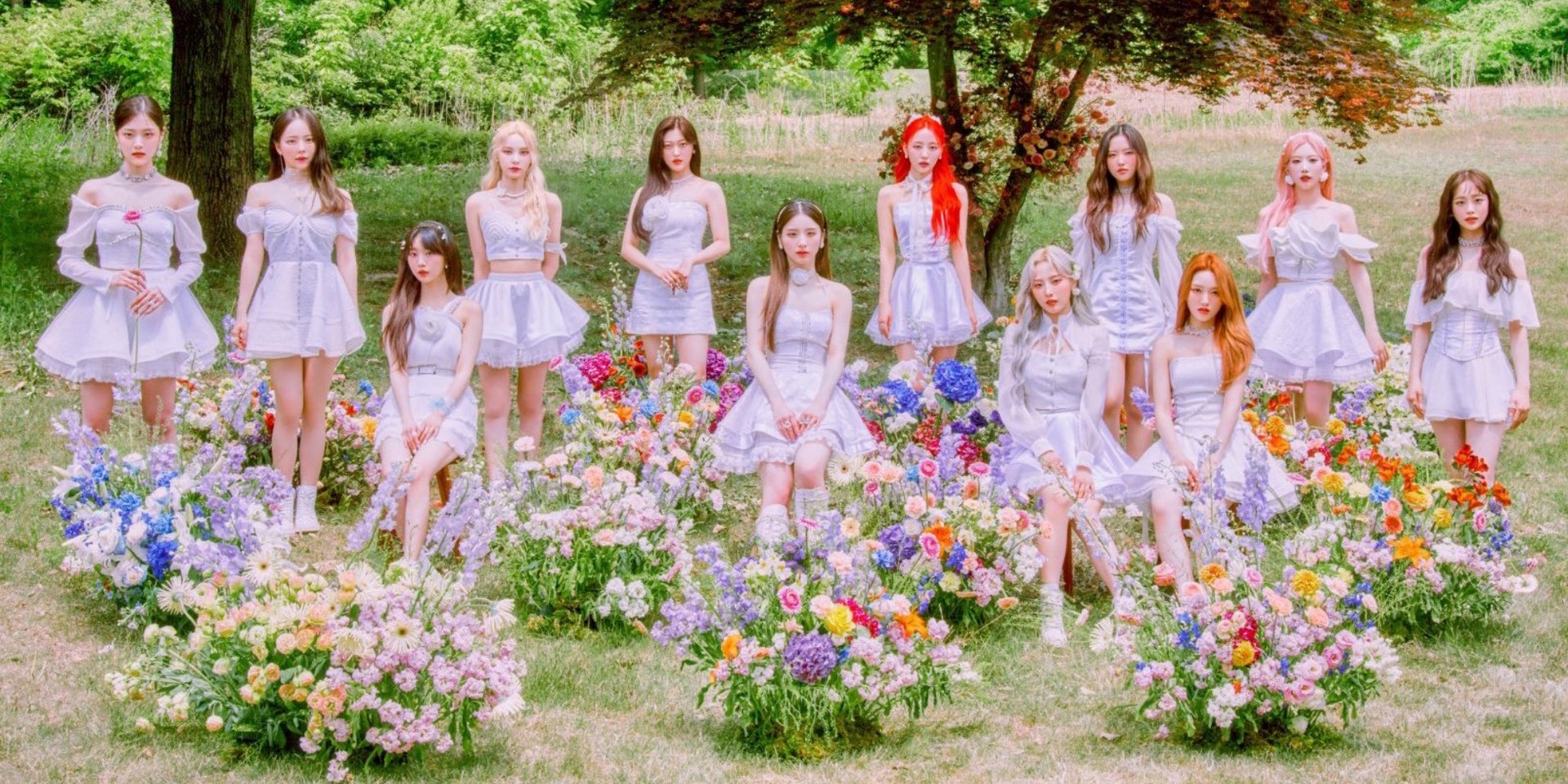 From placing in the top 2 on the survival show, Queendom 2 to recently releasing their top-selling mini-album Flip That, LOONA have had a great year so far but it's about to get better.

The 'PTT' hitmakers are sent to embark on their first-ever world tour, LOONATHEWORLD which sees concerts all around the US and Europe. And in true LOONA fashion, the girls sold out all 10 US concerts initially announced for the tour. Proving to be quite the force in the world of K-pop, LOONA have been garnering immense international success over the last couple of years, especially with the release of their mini-album [12:00] in 2020. Since then, the 12-piece—known for their musical versatility and mesmerising performances—have left a distinctive mark in the industry.

The last time Bandwagon spoke to LOONA, the members wanted nothing more but to bring their music to the people that have always shown them unwavering support and love: their fans, Orbits. With the world slowly opening up, the 'Star' act is finally making their way to them, starting with the US.

"It’s our first tour so we’re so excited to meet our fans. We just ended our promotions for Flip That so we’re focusing and practising hard for our world tour," Haseul tells Bandwagon.

"We actually didn’t expect [our firsts concerts announced in the US] to sell out but so many of the Orbits showed such a positive response and so much support. We’re really practising hard to repay all the support we got and so we can meet their expectations," said Heejin. LOONATHEWORLD comes at the heels of their latest mini-album, Flip That which reflects LOONA's ambitions to flip the music world. The record, which features six tracks, takes listeners to the land of magic and dreams as they showcase a more ethereal side to their music—something they teased we can also expect from their upcoming concerts.

"All of us helped decide the setlist for the concert and I think many of the Orbits will like it, so they can look forward to that," said Heejin.

While it's daunting venturing out to the other side of the world, LOONA are more than ready, gaining a new sense of confidence from their recent run on Queendom 2 and knowing that they'll always have each other's backs.

"I definitely got some confidence after competing on the programme and we got to introduce ourselves to more people. We really had a lot of fun during the competition," said Yves.

"Before we head out on stage, we all gather together and put our hands together and scream, “LOONA, LOONA, LET’S GO”. That also really helps us calm our nerves and get energised for the show," added Kim Lip. With only a couple of weeks left before LOONATHEWORLD kicks off, LOONA are working hard to return the love they've received and show the world exactly why they're one of K-pop's most exciting acts to watch out for.

"We’re so excited to see you guys, please wait for us. Thank you so much for your love and support, we’re always thankful. We love you," said Choerry.

LOONATHEWORLD kicks off this August with stops in Los Angeles, Denver, Atlanta, Dallas, and more. Listen to LOONA's Flip That here.