“If it wasn’t for the F1, you wouldn’t walk from the Singapore Flyer to the Padang. It’s pure madness!”
Nabil Nazri, Bandwagon Photographer

We were told that it was a fools’ errand. The F1 ushers told us that it could not be done. But, we did it. It was a journey of epic proportion; ‘Lord of The Ring’ (LOTR) proportion to be precise. Two mere humans; one a photographer, the other a writer, made the long journey from Zone 1 to 4 on the first day of the Singapore F1. This is our story.

Braving the hot ponderous Friday evening, I set out with the camera bearer (Bandwagon photographer, Nabil Nazri) and heavy bags in toil to the F1 Village. Now, this was the good times. It was practically the fabled Shire from J.R.R. Tolkien’s epic tale. A distinct party vibes was in the air as the crowd gathered around the Village and Sail Stage. Here’s what caught our eyes: 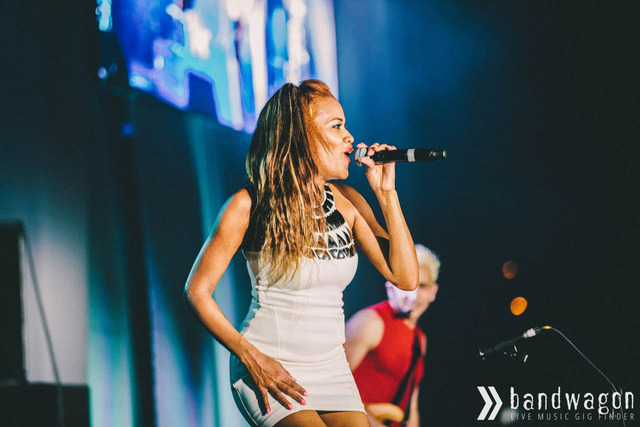 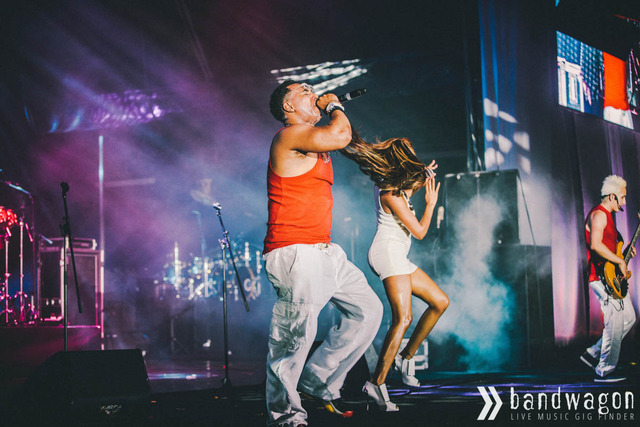 Comprising of members from all across the Americas, the seven-piece band really got the F1 party going with infectious Latin beats. Grooving to a mashup of salsa, Latin jazz and reggae, the audience certainly got their booty going and hands in the air during a rousing rendition of Shakira’s ‘Waka Waka’.

Hailing from Down Under, Torque consists of eight multi-talented performers who will feel right at home in circus act, Cirque du Soleil. Entertaining the chilled crowd with their mind blowing feats, I was particularly impressed by the two stilt walkers who maintained their poise despite the hair raising guitar solo. Having said that, I tip my hat off to the human contortionist; who was bending like a pretzel!

Flying in all the way from Las Vegas, these wandering showgirls certainly upped the Singapore GP’s carnival atmosphere. Providing many Instagram-worthy photos to the public, their colourful costume was a bright spark in the dark night. 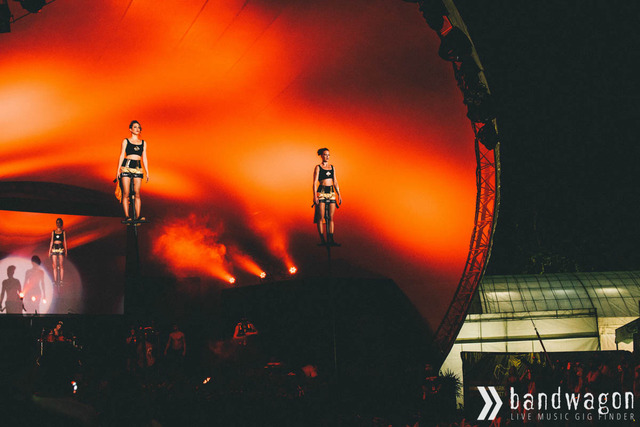 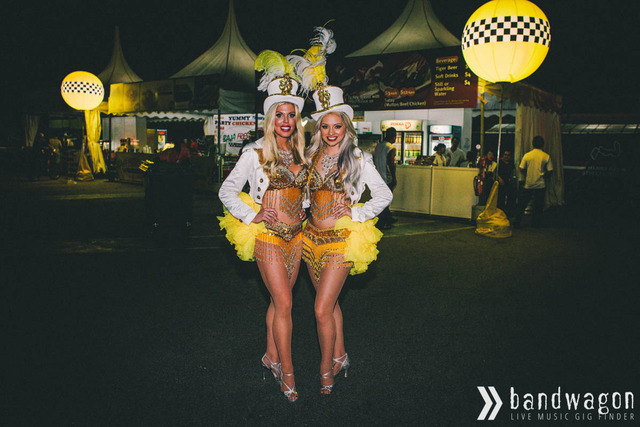 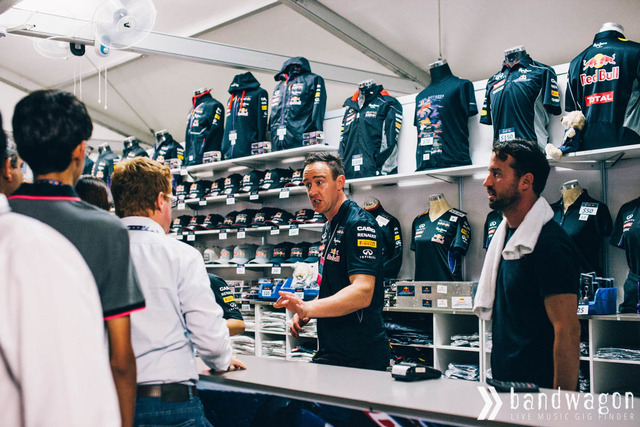 Memories fade, but souvenirs certainly do not. So if you are the merchandise crazed fan, then you would have loved being surrounded by F1 memorabilia. Though 100 bucks for a t-shirt is a little pricey, if you ask me.

You might not look the part of a Hell’s Angel, but you can for the F1 weekend with some cool temporary inks. Plus, it all goes away once you are back to school or office on Monday! What happens in F1, stays in F1 ;)

The Fellowship of the DSLR

After fully enjoying the F1 Village festivities, it was time to leave the comforts of ‘home’ and head to the Padang (Mount Doom) for Mayday. On the provided map, the journey seemed simple enough. But, the hour long journey was no walk in the park. With shirts soaked in sweat, time was not on our side as we had to march double time like the Uruk-hai closing in on the original fellowship. As the strain of the heavy camera lenses weighted heavily on Nabil, the camera bearer, we enjoyed brief reprieve at our own Rivendell (Esplanade). Energized by the air-conditioned sanctuary, we crossed underneath the mines of Moria (Esplanade Bridge) before reaching the fields of Mordor (Padang). So, what harsh lessons did we learn?

Keep It Real; Keep It Shorts

Heat and humid should be feared, you can never win against the local elements. So toss those tight hipster jeans, and wear shorts for the F1 walkabout. It also sure makes walking a lot easier.

While the F1 cars now run on a less powerful V6 engine, it doesn’t make them any less irritating. With car zipping by every few minutes, wearing a pair of earphones or plugs will not only save your ears but your sanity as well.

Bromance Makes the World Go Round

Just like Samwise and Frodo demonstrated in LOTR, bromance can make the impossible happen. While there was clearly less tears and more sweat in our case, having a friend along for the ride does make any event more enjoyable; even a gruelling hour long hike. 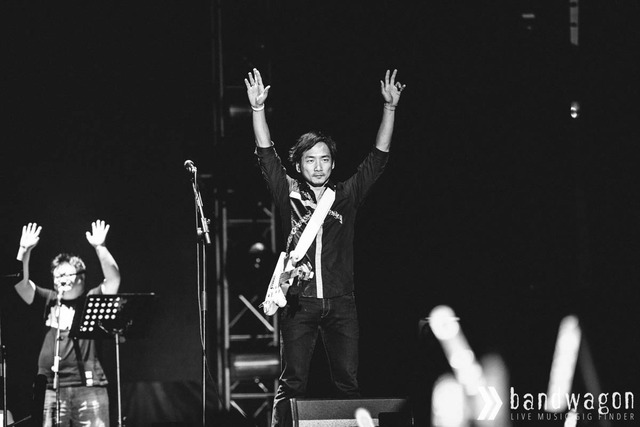 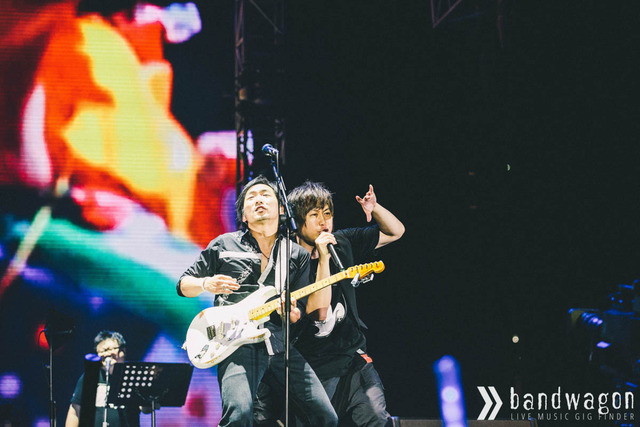 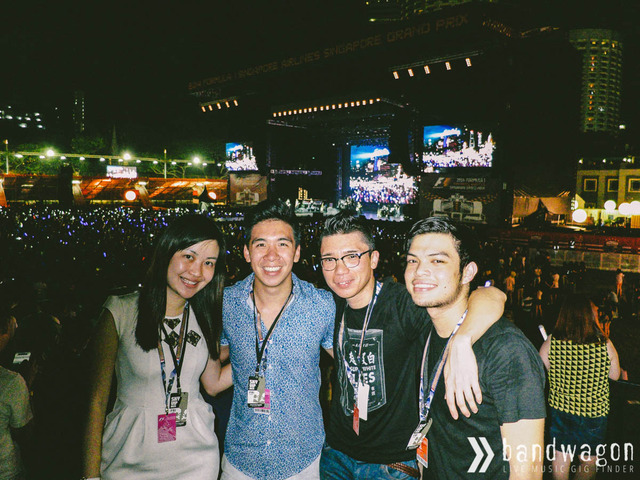 Mayday; Houston, We Have Lift Off!

Perched on the towering Barad-dûr (Sky VIP Deck), we were offered an ‘Eye of Sauron’ view of the proceedings. An unnatural neon blue sea (courtesy of the free blue light sticks) rose from the Padang field to welcome headliner, Mayday. The mere sight of the Taiwanese band was enough to send the neon sea of fans rippling. Hell, even the Sky Deck was shaking with appreciation from above.

Charming the audience with their catchy Mandorock tunes, the five-member strong band turned in a tight performance that comes with 17 years of experience. Rocking his customized Les Paul guitar, Mayday’s six-string samurai, Monster was shredding his way to the female fans’ heart. Though, I am sure his perfectly combed fringe must have also played a part. The band belted out a greatest hits set list that had everyone singing along to classic anthems such as ‘Leaving The Face Of Earth’, ‘Cheers’, 'DNA' and even a cover of ‘Twinkle, Twinkle Little Star’! Throw in a mellow piano number that simmered into an epic rock number (complete with confetti) which leaves fans wanting more and you got a great show. Rounding off the concert experience with some seriously long audience banter, vocalist Ashin showed his fatherly side as he interacted with a fan’s toddler child. As the 39-year old said, it is never too early to start listening to Mayday! But for Nabil and myself, the DSLR fellowship was just thankfully that there were the trusty eagles (taxis) to haul our shattered asses home.