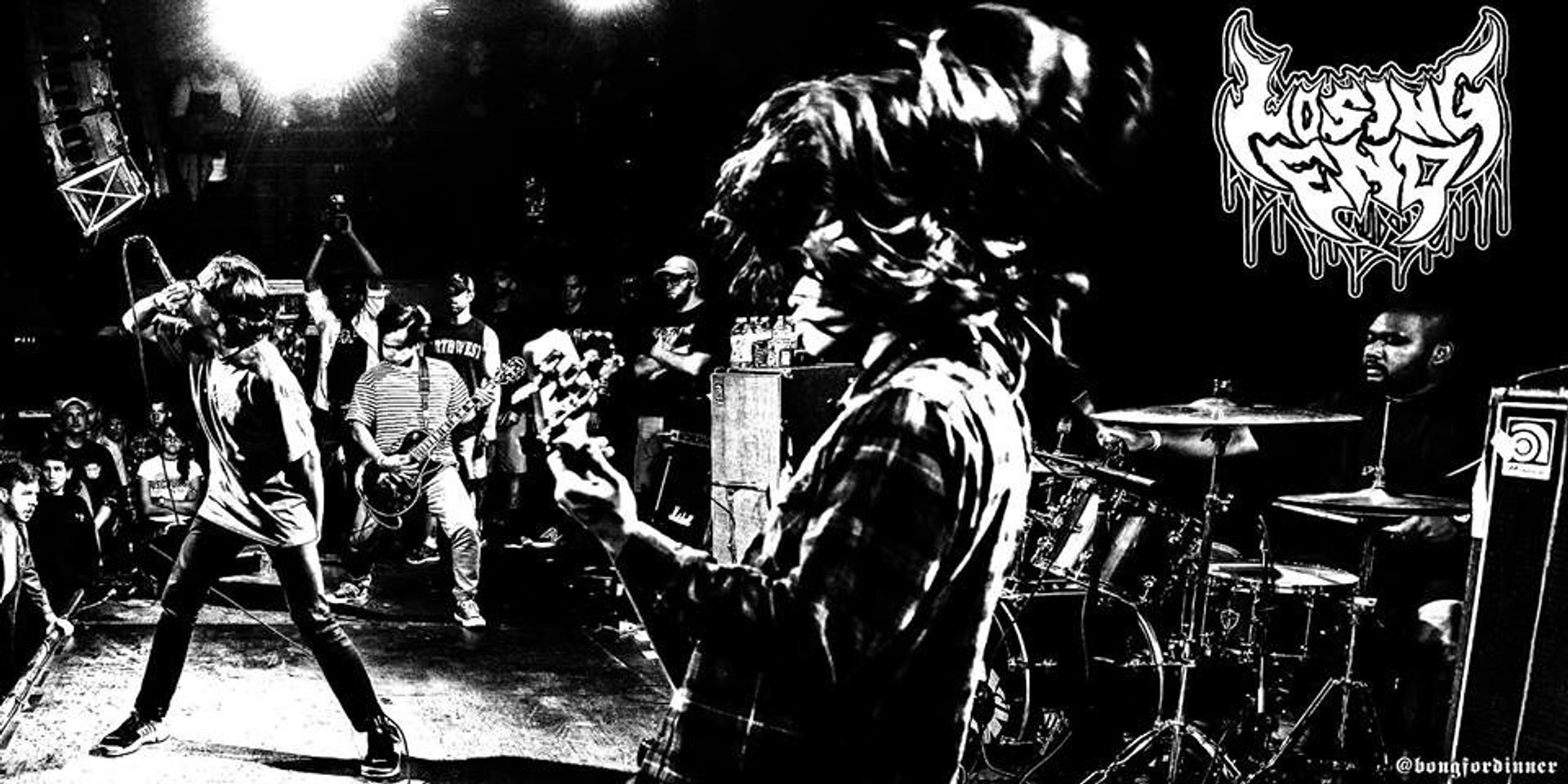 Last Saturday, Singaporean hardcore favourites Losing End (in collaboration with Uncouth) threw an album launch show for their outstanding new EP entitled Devil Advocate. Featuring notable supporting acts such as hrvst, State Of Pain, Fader, Spirits and Fuel - the event was much anticipated and one of the gig highlights amidst fans in the local scene going into last weekend.

And by all accounts, the show was indeed a success, buoyed by a healthy turnout and a relentlessly energetic pit from start to finish. The only downer was that said finish came much too early courtesy of the cops. Apparently residents in the vicinity had been calling in to complain about the noise, prompting the police to show up and shut down the event.

Losing End headlined (naturally), so it was such a shame that the 5-0 killed the show before they could complete their set. Nevertheless, the band did manage to get a couple of songs in at least.

The band had this to say via their official Facebook account, "Shout out to everyone else who came down for our release show. We're really sorry the cops came down and had to stop the show. We'll make it up to you guys on our next show!"

We'll keep you updated about their next show when details emerge. In the meantime, you should definitely purchase the EP via Bandcamp online or Dangerous Goods distro.