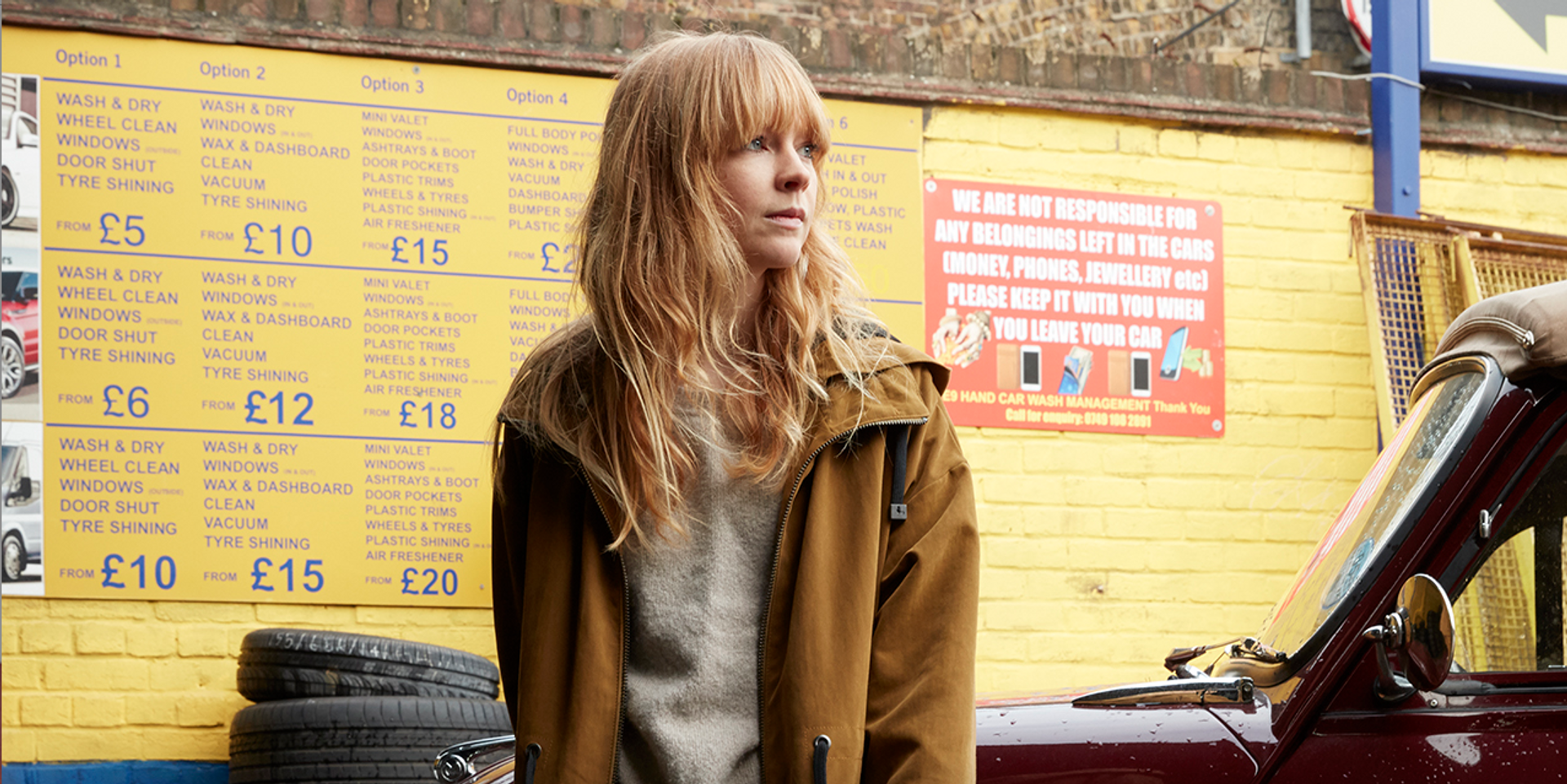 Lucy Rose's new record, Something's Changing, comes out on July 7, and the singer-songwriter has gone on Facebook live for a worldwide listening party with her fans. Rose gives us a first listen and full breakdown of her third full-length studio album, the first one under Communion Music - a label founded by Mumford and Sons' Ben Lovett, Bear's Den's Kevin Jones and producer Ian Grimble.

The full track-by-track video was available for streaming for 24 hours via Rose's Facebook page.

I don't even think of myself as a musician, I still think I'm just winging it. I don’t feel like a professional musician. When I was younger I just enjoyed it so much. It brought me the most joy out of everything I did in my life.

Playing music, whether it was at school, or at home - it just felt like the thing that made me the happiest in life.

I wanted to start the record with it because I really think it sums up, not just songwriting but relationships - all the relationships. The best relationships, they make you feel everything.

Is This Called Home

This one came about, I started writing it in a dressing room in Hanover, and it’s just one of those things, it was right down in the basement of this old, huge auditorium-like venue. It was really acoustic and I played one note on the guitar and it just felt massive. I just came up with that riff and the song and the words sort of came out. And I realised that I was writing about something that was on my mind a lot, and still is, which is the refugee crisis. Which is happening across Europe. Trying to find the words was difficult, but I think that's why this song means a lot to me.

This song came about [with] someone asking me to write this music about this film initially  - about a girl who was allergic to everything. This is true! And I've never done anything like this. It was quite a beautiful script , so I thought, "Hey, I’ll give it a go!"

I think "Floral Dresses" is the first time I've really described a certain part of who I am. I think the travels did inspire me because sometimes I felt like I didn't fit the mold of society and all of those things.

While I was traveling, I met girls all over the world who were just like me, who I could relate to, which really gave me the courage to write this song.

The Staves was an absolute dream for me. I’m a huge fan of them. If you’ve come to any of my shows, you’d know the music that I play before I go onstage is The Staves’ record. So when I wrote that song, I could really hear some harmonies in my head. But I just didn't think it would be right for me to do it, so I sent it to them and asked them if they would be up for it. We recorded it first week of January. One take, all of them around the mic, and it was the most amazing thing.

It made me think about how we all see ourselves, when we look at a photo, maybe we never appreciate ourselves and think, "Oh, I am lovely." I thought maybe  I could embrace myself slightly more.

She had this old Spanish guitar and I’ve never played a nylon string guitar before. I just started playing it... I was playing it and for whatever reason, this song just came out. Fernando was sitting there and I thought it was just non-sense that I was playing and I looked over him and he was kind of emotional. He asked me what I was playing and I said, "I don't know, I'm just making it up on-the-spot", and he said, "It isn't just nothing, it’s something. It really means something to me. Promise me you’ll finish that song. And you’ll send it to me even if it's just a voice memo."

I'm just thinking that if this song means something to one person, then it’s worth writing. And I really wrote that song and finished it because he asked me to.

Soak It Up (feat. Elena Tonra)

It features my friend, Elena Tonra, who you will know is in Daughter. I’m a massive fan of Daughter. I've known her for years. We started doing open mics at the same time, about 10 years ago now, and she's always been so sweet and so lovely. I never in my wildest dreams thought that she would want to come and sing on my record, but she did and she’s singing on two songs. This is the first one.

I found out that the Greek god in charge of all of our fates is called Moirai and, really, I’m having a go at him in this song, because if he is charge of our fates, then I think he's let some people down.

No Good At All

It was exploring the idea of whether maybe I wasn't capable of doing all the things that I've dreamed of when I was younger. And I thought I was gonna do all these things in my life and I got to a point where I was thinking maybe I won't be able to achieve all those things. But maybe down the line, my great (x10) grandchild will have a little bit of me in them, and maybe they’ll do something great with their lives.

Entirely, 100 percent inspired by the amazing people of Latin America, the ones I was staying with - who showed me around their towns, fed me, washed my clothes, looked after me. And made happen one of the best experiences of my whole life.

I Can't Change It All

This song sums up everything really - this phase of my life that I'm in, and how I feel about the trip around Latin America. I realised that what I could do was write [him] a song, or write [him] another record so that when he is feeling down he has something to listen to and to comfort him in any way. I came home,  I wrote a song and it means so much to me and I hope you like it too.

Lucy Rose is bringing her new album and short film, Something's Changing to Manila on September 16. Tickets available here. Don't have a credit card? Order tickets via this form.