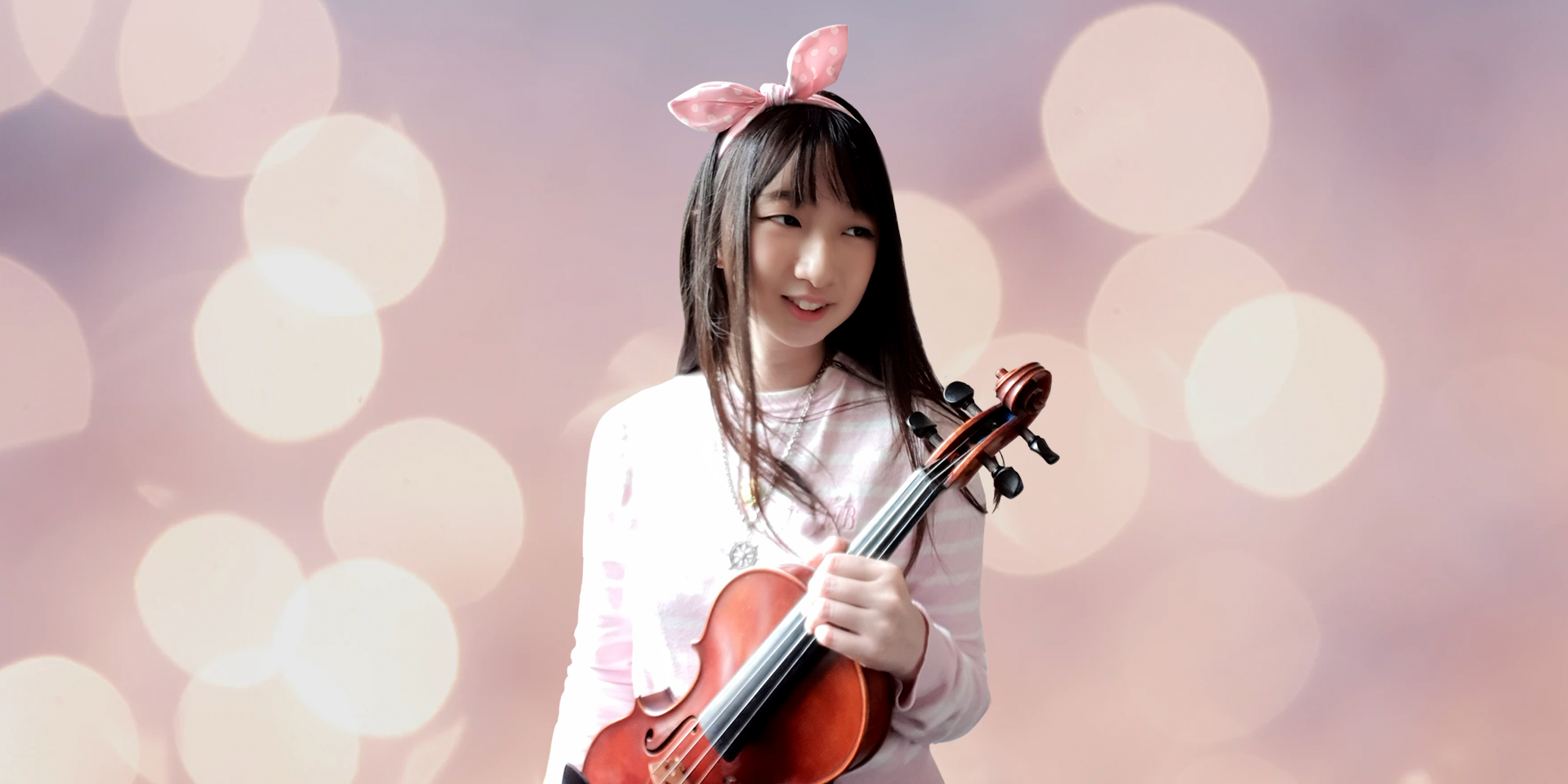 The path of classical music rarely crosses that of heavy metal among other genres because it's rarely done properly. But every once in awhile, we come across a musician that's able to seamlessly transcend and combine multiple genres to create something truly magical.

That person, is Singaporean violinist M Drako. M Drako has long been one of the internet's hidden gems, quietly and tirelessly pushing out picture-perfect violin covers of metal songs on YouTube. She would eventually capture the attention of bands like Avenged Sevenfold, and more recently, a swell of publications such as Billboard, Kerrang! NME, Loudwire and more.

Below, we speak to M Drako about her viral violin covers, original music, future plans and more.

You picked up the violin and got quite far before quitting for awhile, until the music of Avenged Sevenfold and several other bands got you hooked on the violin again. What was it about their music that made you want to pick up the violin?

That was my first time listening to heavier music like metal and rock. When I was younger, I grew up learning classical music in violin classes. The internet wasn’t as accessible as it is today, I had very little exposure to other music. Even in the car, we hardly listened to radio music – my dad played the same classical CD on loop for 16 years of my life!

When I finally got a handphone, I only had 7 songs inside, which I played on loop on the bus every single day. Things were different back then, and I just didn’t know what was out there. It was really eye-opening, and I remember feeling so inspired hearing those new songs. It felt like a part of the identity I was trying to find for years. I realised I quit the violin, not because I disliked the violin itself, but I just hadn’t found the music that resonated with me. From there, I picked up the violin again and now I play rock, pop, metal, instrumental music and EDM.

I couldn’t believe my eyes. A7X is my favourite band and I’ve been playing their music on YouTube for many years. Last year, I uploaded some A7X videos to Instagram and sent them to some A7X fanpage accounts hoping that maybe just one of them would share it – none of them did, but I wasn’t expecting much anyway and I went to sleep. Suddenly at 4am, I woke up with this weird feeling, checked my phone and saw I gained a few followers so I thought maybe one fanpage shared it.

When I checked my inbox, I was shocked to see the official A7X account! I would have cried, but I think I was too shocked. Actually, I had a dream in 2015 – I walked past a quiet cafe that was empty, except for the A7X members, including the Rev. Synyster Gates caught me looking and motioned for me to go over, and he pointed to Zacky and said "Zacky says you like to play our songs on violin", then I woke up. I often recall this dream to encourage myself, but to me, it was always just a distant dream.

I’ve always felt grateful to be able to share my covers with like-minded fans, but never did I see this day coming when I could get some recognition from those I admired so much all these years. I think it is really nice of them to share fan covers and am deeply grateful to all who have supported my music.

You’ve mentioned that you look up to Synyster Gates of Avenged Sevenfold. What do you think are the parallels between guitars and violins?

After hearing metal and rock music, my initial feeling was regret – I had picked up the wrong instrument my whole life! If only I had learnt electric guitar. But in the time to come, I realised that in some ways, I can still play the violin like an electric guitar. Although the sound is different, it can still play the awesome solos and melodies, which was what I admired about the electric guitar. One thing that's harder to replicate would be guitar chords. You can still do double stops on violin, but it’s difficult and even then, you can’t play more than 2 strings at once.

Now, I don’t have any regrets about it anymore, as I’m happy I can offer something new on the violin that is not expected in the metal scene. Instead of directly copying the guitar parts, I now see the two instruments as companions to each other. In my covers, I often do not play the same way as the original song and compose new parts over the song. I enjoy that creative process too. I’m thankful I found this way of playing the violin. Still, I think the electric guitar is really cool and I’m slowly trying to learn it too.

You recently began working on original music, with which you blend EDM, pop and rock. Tell us more about your influences, and how these different sounds blend together with violins.

I’ve always been a big fan of EDM sound effects, but the repetition of melodies in a song is not really my thing. My hope is to create music using EDM effects but with its own structure, fusing violin as well. In EDM, the focus is usually on the singer or the electronic sounds, and I wanted to try making music which contain not just my vocals, but sounds of a real violin with EDM too. I guess a song speaks a thousand words.

To me, music is more than the sound itself, I hope to tell stories through music. I gain inspiration from my own experiences, the stories of others and thoughts about the world on a larger scale. Many songs center around human love and heartbreak, but I wanted to tell a story that makes us think beyond ourselves. 'Memory from a Star' is a song from the perspective of a lonely star in the sky overseeing the human world. I tried really hard to self-learn music production from scratch and that was my first original after that.

It’s not much, and the mix needs lots of improvement, but I felt really happy when I finally managed to produce sounds that I’ve been trying to express for years. I hope to improve my production skills and record some parts again, then release it officially on Spotify and other platforms. I’m concurrently working on a few other originals as well.

You’re also a game creator. How do games and their soundtracks influence your songs?

I play and listen to some music from game soundtracks, but I don’t think they directly influence my original music. I have worked on other aspects of game development including scriptwriting, content development, game design, art, QA and marketing. I have not produced music for games yet, though I did help a little in giving feedback for our game music. It may not be the first thing we notice in a game, but I think music plays a big part in setting the mood and atmosphere for the full gaming experience.

I’m currently signed under Decibel Group’s talent and artiste management agency, Decibel Entertainment. My manager sent out some emails for potential collabs and TLV happened to be producing a new acoustic track with a strings part, so the timing was just right. We finished recording my part at their studio recently. Stay tuned for the release! 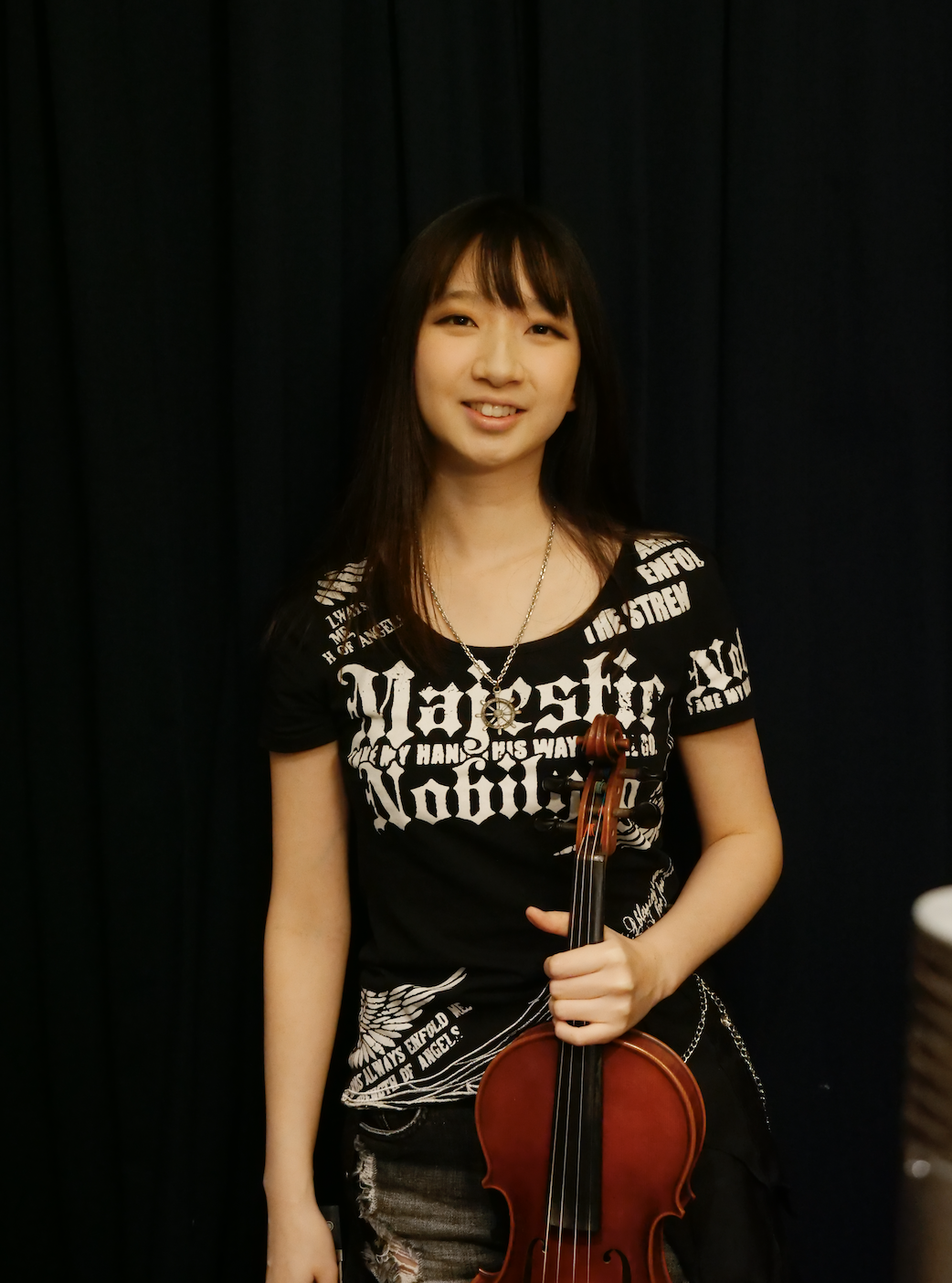 What’s your process for picking songs to cover? From there, how do you approach the violin arrangement for the track?

The first thing to consider is whether I like the song – I’m not too keen to spend hours perfecting a song that I can’t stand hearing, even if it’s popular. However, if I’ve already practised a song for a gig or jam, regardless of my liking for it, I might just record that for YouTube too. I started out playing “melodic” songs and would follow most of the original song melody while adding on some of my own.

More recently, I have been more experimental and covered songs such as Slipknot’s 'Unsainted' and 'Nero Forte' which do not contain much main melody, thus I composed large sections of violin melodies to complement the original song. This is more challenging, but I do not mind as it is also fulfilling and provides a refreshing take.

Your cover of Slipknot’s ‘Unsainted’ went viral last year. Are you planning to catch the band when they perform in Singapore in March?

Unfortunately, I will not be attending. Speaking of that cover, I would like to express gratitude to all who supported it, especially the Slipknot community on Reddit for their warm responses, which probably led to the widespread coverage. I’d always imagined Billboard as a celebrity world for the rich and successful, and it was insane seeing my random violin cover shot in my bedroom – complete with my low quality hand-drawn memes on my wall – suddenly featured on Billboard and other sites including Loudwire, Kerrang!, NME and ClassicFM.

On that day, a simple Google search for “Slipknot” would yield my cover on the first page. This had never happened for any of my covers, as I don’t choose songs by popularity, I just play what I like. The A7X songs I covered were released years ago. My friends from Igneous Sons introduced the song to me, and it just happened that it was a pretty new song when I covered it. It was mind-blowing how the video blew up overnight.

I’ll be performing at Garden Beats this month! Besides making more violin covers, I hope to improve my music production skills and work on writing and producing originals. Also, I think a lot of joy in music comes from being part of the community and working with other musicians, so I hope there will be more chances to perform and collaborate.

In the bigger picture, I am still finding my direction in life. I feel like I have a lot to offer, but haven’t managed to really get things going. At least for music, I think I’m off to a good start – I found my way into the music scene late last year, and signed to Decibel Group in December.

Outside of music, I have other interests including art, game development, sports and Go. I’ve played Go competitively for years including representing Singapore in international tournaments, and I hope to continue improving and learn from the recently developed AIs. At my day job, I’ll be working on IP and game development. I would like to improve my foreign languages too. Also, one of my goals is to get buff arms and six packs (which never happens).

Overall, I am exploring ways to tie everything together. I am working towards building my identity/brand, currently I have made a cute music mascot and might design my own merchandise. I want to find ways to use my skills for good causes too e.g. fundraisers, events to raise awareness etc. Frankly speaking, I have no idea what I’m doing, I just keep working hard for whatever’s coming next. I hope to do my best, enjoy the journey and bring joy to others along the way.